Why Adele’s “Hello” Brought Me to My Knees… 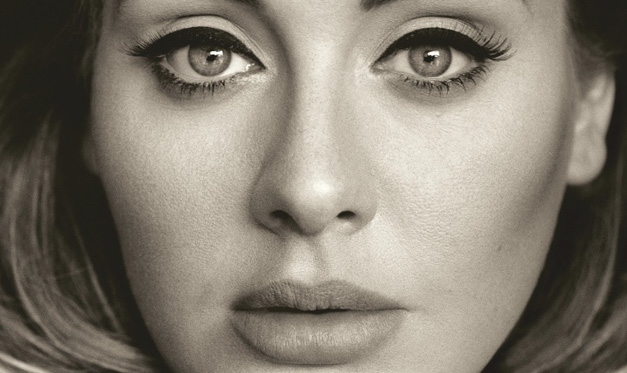 Further, being in “Churchy” environments all my life, I’m tired of Christians spinning secular songs and “discerning” morals in them. That lost its gusto years ago when one girl tried to tell me that Lady Gaga’s “Born this Way” was about being “who God made you to be.” Not.

While I’m skeptical of pop culture’s value for us as men, I’m very aware of its influence on those we love and even ourselves. It brainwashes all generations into a secular conformity. Song after song, show after show, and article after article portray skewed visions of the human person (and the dignity and role of the man in particular). For this reason, I let the “hits” come and go with indifference. And no, I’m not 75 years old.

But I must confess that Adele’s “Hello” has me startled. I didn’t seek it out; it sought me out through my friends. From seminarians and lay people and from men and women I was asked, “Have you heard Adele’s new song?” Of course, I had not.

One man told me that it “moved” him, and so much so that he gave a talk about prayer using it is a framework. Another man said that he just couldn’t watch the music video anymore. Moving his hand to his heart he said: “It just hurts.” And he’s a bearded man’s man who could take down a bear with his bare hands…

So I did some research. The stats on the song are incredible. “Hello” is the #1 single on iTunes in 102 countries world-wide. The album on which the song appears (named “25”) is #1 in 93 countries and it doesn’t even come out until November 20! The music video had 23.2 million views after one day, making it the biggest one-day performance in music video history. YouTube reported that the video was watched 1.6 million times in a one-hour time frame outperforming the new trailer for “Star Wars Episode VII: The Force Awakens.” As I write this, “Hello” has over 309 million views on Youtube. I’m not the only one the song has startled…

If you haven’t seen it, here’s the music video:

If you don’t have time for that, here’s the chorus:

Hello from the outside / At least I can say that I’ve tried / To tell you I’m sorry for breaking your heart / But it don’t matter, it clearly doesn’t tear you apart / Anymore

What is it about this song? How has it captivated so many people across the world? Sure, there are many factors at play here, many of which do not concern us on Those Catholic Men’s blog. For example: It’s been 4 years since Adele’s last album… Her voice is as powerful as ever since her vocal chord surgery… The videography is stunning… Fine. But we can say more than this.

A song speaks to us when it touches something inside us. That is, when a song hints at a truth that is lodged in our hearts, we listen to it over and over again. We don’t do this because it teaches us something, but because we know of the experience to which it speaks. This is how, as my friend said, it “moved” him. And this is why so many people told me about it. She sings about something true.

What is that experience in “Hello”? There are two. One is obvious. And we share it with our secular peers. The other can only be appreciated through the lens of faith. I’m afraid I’m doing that “discerning” thing that I said I hated…

I) The song is about a woman (Adele) trying to get back in touch with a man whose heart she had broken many years ago. She tries. She “must’ve called a thousand times.” He doesn’t respond. He’s moved on. It’s heartbreaking for her.

For something to “move” our hearts it doesn’t need to line up perfectly. And it doesn’t here. We’re men after all and the lead here is a woman. But we have likely experienced trying to reach out from “the other side / the outside” in vain. And their faces are lodged in our memories… We share this experience (as long as we have fleshly hearts liable to loving and breaking) with our contemporaries.

II) But, as I listened to the song over and over as I drove across the country (amidst chapters of my audiobook on How the Stock Market Works), the thought occurred to me: As much seeking as I might do, how much more often God must be seeking me!

St. Augustine understands God this way. He exclaims in his “Confessions”: “Late have I loved you, O Beauty ever ancient, ever new, late have I loved you!… You called, you shouted, and you broke through my deafness. You flashed, you shone, and you dispelled my blindness.” For St. Augustine, God is the seeker. We are the sought. It is He who constantly calls out to us “from the other side / the outside” in our day-to-day lives. Yet, how often His communications go unheeded. And this reminder from Adele’s “Hello” brought me to my knees…

A friend once wrote to me that if only I was more aware, I would see more clearly the traces of God (as Father, Son, and Spirit) and the Blessed Virgin Mary in my life. And they were right… We often resort to operating as though (if not also outright confessing) that we are in control of our lives and our destinies. But this is precisely wrong. Msgr. Luigi Giussani was apt to say: “Jesus Christ is the protagonist of our lives. He is the prominent figure. His face is at stage center.” This is our task: to become more aware of how God is seeking after us “from the other side” within the reality of our daily lives, and empowered by this grace to respond in the most manful way possible.

AdeleconversionGiussanimusicprayerSt. Augustine
11 11 2015
Back to all articles

Marxism Has Infiltrated Your Family