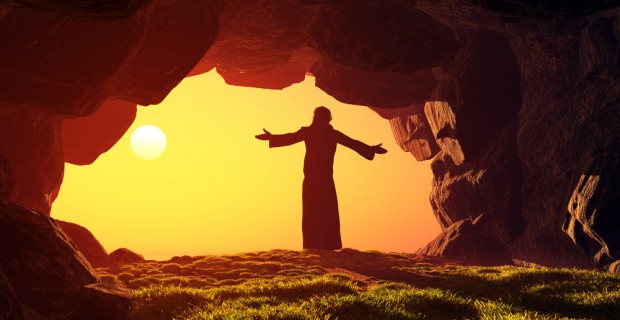 In the late 1800’s Pope Leo XIII was concerned that the myths surrounding the Benedictine monasteries that were suppressed under Henry VIII’s “reforms” would never be corrected.  The myths spoke of monkish glut leeching from the peasantry of England.  The myths, or “spun narrative” as we say today, were necessary because the Benedictines were a stumbling block to the new religion the King and his cronies were inventing.  So, the monks whose bells kept time for the song of “Merry England” had to be painted as sullen, abusive, and tyrannical.  Oh yes, there was and ever shall be examples of abuse, but the small particulars of a few were cast as the general and universal truth of monastic life.

The monks happened to be massive landholders, and after visits from royal inquisitors the poor king in great anguish had to confiscate their massive abbeys.  “Church plate was melted down,” explains historian Christopher Dawson, “and the lands which endowed charities, guilds, and schools were confiscated” (Dawson, The Dividing of Christendom, 122).  Nothing bulldozes local custom and culture like a centralized oligarchy.

Wisely, at Leo’s order, the Benedictine Francis Aidan Gasquet sought the truth and published a two-volume work in 1888 that sets the record straight (each volume teetering around 500 pages), relying on hard evidence, and never shying from the truth, even when ugly.  It’s exhaustive and irrefutable.[1]  He shows how the suppression of the good monks was just that – a suppression of something good by a bloating and centralizing government.

To paint a truer picture and redeem their memory, Gasquet’s work begins with the daily rigor of these communities, the famous ora et labora (work and prayer) of the Benedictines.  Just to know they lived in such ways “[dispels] the traditional notion that the monk on the one hand was a gloomy person, or on the other led a life of ease and sloth” (Henry VIII and the Benedictine Monasteries, Gasquet, xxiii).  In truth it was the king and his men that were gloomy, lustful, and sadistic overlords.  But to prove it was not true that the monks were self-serving vultures, Gasquet began where the monks began: waking early, very early.

The night office, now known as “Matins” [and also included Lauds] began not later than    two in the morning….    Two hours were occupied in the solemn chanting and singing of this,    the first of the daily services…    The labour of this night service was followed by a brief period of rest, till at five the community again assembled for the office of Prime, which was followed by the daily Chapter (Gasquet, xviii, emphasis added).

There is something about these early prayers that not only dispel the myths of laziness, but also reveal their depth of devotion and prayer.  What can we learn from Gasquet’s account and The Rule of St. Benedict?  And how can we in our day, with the growing need that men be converted and live intentionally ordered toward God, redeem reputations and public witness?  For our own good and the greater good, I think we need to begin, like Gasquet’s account, early in the morning.  We have much to learn from these Benedictines, especially in their rigor and rhythm of prayer, and especially their early waking.

The Foundation of Devotion

It seems waking is the first battle between the spirit and the flesh that “are at war with one another” (Galatians 5:17). St. Josemaria called the first waking seconds “the heroic moment” because it is the first skirmish that sets the tones for the rest – will you deny yourself for a greater good like prayer or not?  In the prayers and rhythm of the liturgy, especially the Divine Office of priest and religious like the English monks, it is nightfall that represents death, sin, and things done in the darkness.  The sooner it is left behind the better.

The sun, on the other hand, and its dawning light represent Christ dispelling sin (which is why liturgical actions have traditionally faced east until recent innovations).  Thus Lauds, sung before the rising sun, applies St. Paul’s words to this natural cycle: “The night is far advanced; the day is at hand.  Let us therefore lay aside the works of darkness…” (Romans 13:12).  In other words, get up!

And Prime, which is traditionally sung just after sunrise, sings with relief that the light (the sun and the Son) has come in its first hymn Iam lucis: “Now that the sun has risen, let us suppliants ask of God that in today’s acts He preserve us from all that may hurt us.”  Like the watchful soul in general, we need the particular habit of greeting the coming light.

My early morning excuses are as cunning as the devil when he was tempting Jesus in the desert – meaning I can even use scripture in tempting myself to sloth, reciting Psalm 127 as I press the snooze: “In vain ye rise before the light : rise not till ye have rested, O ye that eat the bread of sorrow.”  This battle is so constant I often link up with other men for accountability in this.  St. Benedict’s Rule mentions keeping younger brothers close to older ones so as not to allow them to make excuses for sleeping in, so that when “arising for the Work of God [praying the Divine Office], they will quietly encourage each other, for the sleepy like to make excuses” (The Rule of St. Benedict, 22).

I have the benefit of crowing roosters out my window, but even then my excuses can flow.  Blessedly, the traditional Divine Office has a beautiful hymn about rising before the rooster finishes crowing, a powerful anecdote for the drowsy – “A Hymn for Cock-Crow”.  Since the monk’s first work is prayer, in the hymn ignoring the rooster and oversleeping is like Peter hearing the rooster crow after his denial of Christ – but rising early mimics Peter’s conversion at that moment when, the hymn contends, Peter ceased his sin of betrayal

The winged messenger of day

And Christ in stirring accents calls

Our slumbering souls to life with him.

The Savior once to Peter showed

What hidden power this bird may have,

And warned that ere the cock would crow

Himself three times must be denied.

Forthwith he wept his bitter fall

Who Christ denied with lying lips,

The while his heart was innocent,

And steadfast faith his soul preserved.

Break Thou the chains that night has forged,

And wash away our ancient stain;

Renew Thy light within our souls.

And it is naturally prudent to wake early.   A “jump” on the day keeps you ahead, while hitting the snooze, along with coddling the flesh, always seems to set the rest of the days work behind as well.  No amount of burning midnight oil ever seems to make up for waking after the sun is good and high.  As the old nursery rhyme goes (attributed to Benjamin Franklin): “Early to bed, early to rise; makes one healthy, wealthy, and wise.”  Franklin of course borrowed the theme from Aristotle who said, “It is well to be up before daybreak, for such habits contribute to health, wealth, and wisdom.”

As a first and simple step towards a holier life perhaps consider setting clock a bit earlier tomorrow.  And when your flesh rebels, which it likely will, remind it that we all need a little Benedictine in us now and then, and that you, like the monks, are simply following the Master’s lead:

[1] If you have an interest in the learning the truth behind myths that surround the English “reformation” be sure to check out Eamon Duffy’s books, especially The Stripping of the Altars, which actually has frightening parallels to much of the “reforms” imposed upon the Catholic populace in the last century.

Five Months of the Fatima Centenary