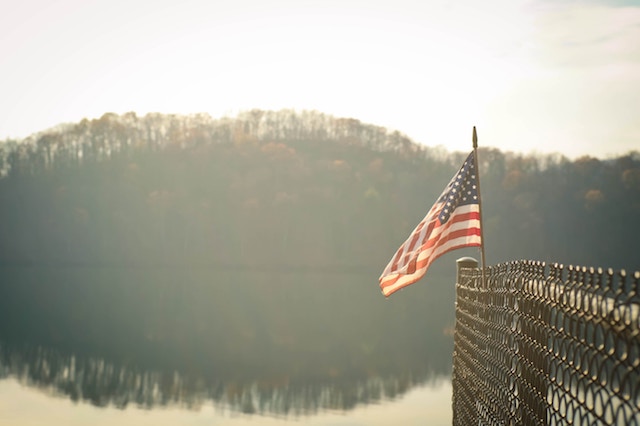 Six years of my priesthood were spent serving as the Vice Rector of Mount St. Mary’s Seminary in Emmitsburg, Maryland – my previous assignment. Emmitsburg is a small town with a great Catholic Heritage; But just eight miles north of the town is the historic Gettysburg National Battlefield in Gettysburg, Pennsylvania.  Since the National Park Service has restored the land of the battlefield, as much as possible, to the way it looked in 1863, the Battlefield is not only a sacred memorial to our soldiers and our history, but also an area of wonderful natural beauty.

The seminarians and I would escape the seminary, often, and enjoy spending time at the Battlefield.  While on the battlefield, wherever you looked, it was easy to fall into contemplation, remembering the American kids, husbands and fathers, shop keepers and farmers, the cadets and graduates of military schools who fought a decisive three-day battle that ended, believe it or not, 151 years ago. You are familiar with the names:  Little Round Top, the Wheatfield, Devil’s Den, and the Peach Orchard, Culp’s Hill, Cemetery Ridge, Pickett’s Charge and Abraham Lincoln’s masterful Gettysburg Address.

As I would walk along the Battlefield, I would often watch tourists as they experienced a place and time that can easily be considered the location of one of the most defining events in American History.  Gettysburg is a place where approximately 51,000 Americans were killed, wounded or captured. Gettysburg is a place where the flame of liberty never came closer to being forever extinguished.  And I often wondered, as I watched the tourists, if we as Americans truly appreciate the freedom we enjoy – if we fully grasp the privilege we have been given to live in a country –highly criticized by many today– which affords us so great a gift as to live in freedom while enjoying the right of self-governance.

The people of the United States, especially in the 19th century were fond of quoting a line most believed attributable to Thomas Jefferson, the principle author of the Declaration of Independence and our third President, but has its actual origin in the Irish politician, John Philpot Curran who died in 1817.  Curran wrote and many prominent Americans have quoted:

“The condition upon which God has given liberty to man is eternal vigilance; which condition if he break, servitude is at once the consequence of his crime and the punishment of his guilt.”

In other words, Curran warned mankind that the loss of liberty would be so catastrophic, that he considered a lack of vigilance and its consequence a crime and servitude the price he should pay for his guilt.

Today, Americans celebrated Independence Day, a day which affords us a great opportunity to consider the freedom we enjoy today – and may so often take for granted.  How many men and women have given life and treasure to purchase for us our right to liberty?  And, reminded by Curran, we must be vigilant -guarding that freedom- or we might very well find ourselves punished for losing that right and subjected to dehumanizing servitude.

One of the most precious freedoms we enjoy as Americans is the Freedom of religion.  Some might scoff at the notion we are at risk of losing this freedom, but I want you to pay attention to what our politicians are saying today.  No longer do we talk, in the public arena, of “Freedom of Religion”.  A certain faction of these so-called public servants never use the phrase, “Freedom of Religion” by which we mean the freedom to worship and practice our religion according to our belief – a right guaranteed in our Constitution.

Rather, politicians today speak of “Freedom of Worship” by which they mean: “Keep your religion to yourself.  Religion is a private affair.  What you do behind the walls of your church is your business, but there is no place for you in the public square where religion is barred.”

If you do not believe me, listen to the modern politician and you will hear this subtle change everywhere today. Unfortunately, that is not the only evidence.  In the past decade, we have seen yet another assault on religious liberty.  The examples are too numerous to detail here, but here are but a few:

Francis Cardinal George, the late Cardinal Archbishop of Chicago, saw this developing persecution years ago. In a speech he made in Rome, he warned,

“In this culture, the Gospel’s call to receive freedom as a gift from God and to live its demands faithfully is regarded as oppressive, and the Church, which voices those demands publicly, is seen as an enemy of personal freedom and a cause of social violence. The public conversation in the United States is often an exercise in manipulation and always inadequate to the realities of both the country and the world, let alone the mysteries of faith. It fundamentally distorts Catholicism and any other institution regarded as “foreign” to the secular individualist ethos. Our freedom to preach the Gospel is diminished.”

As they say, the storm clouds are gathering.

But Independence Day is not a day to worry and be filled with anxiety. It is a day to celebrate a country in which we are so privileged to live and the freedom we know so well. All the same, it is also a time to renew our “eternal vigilance” before everything we know is taken away from us.  Just as Jesus Christ died to give us true freedom, so many of our countrymen have died to give us the liberty that we possess and enjoy and dare I say, so often take for granted.

The disciples and by our Baptism, YOU and I, have received a mandate from the Son of God and, by his authority, nothing will stop us from fulfilling that mandate.  Christ Jesus told us… emphatically, you might say, “Go on your way; behold, I am sending you like lambs among wolves. Carry no money bag, no sack, no sandals; and greet no one along the way. Whatever town you enter and they welcome you… say to them, ‘The kingdom of God is at hand for you.’”

We have been commissioned.  We have no choice.

We pray that we can proclaim Christ in Peace, but no one will prevent us from our mandate to proclaim the Kingdom of God!

As we celebrate our freedom and I can think of no better way than to close with the praise of God from Psalm 98:

“Shout joyfully to God, all the earth, sing praise to the glory of his name;

proclaim his glorious praise. Say to God, “’How tremendous are your deeds!’”

Come and see the works of God, his tremendous deeds among the children of Adam.

He has changed the sea into dry land; through the river they passed on foot;

therefore let us rejoice in him. He rules by his might forever.

Hear now, all you who fear God, while I declare what he has done for me.

Blessed be God who refused me not my prayer or his kindness!

brotherhoodChurchcouragecultureEvangelizationfaithresponsibilityvirtue
07 04 2017
Back to all articles