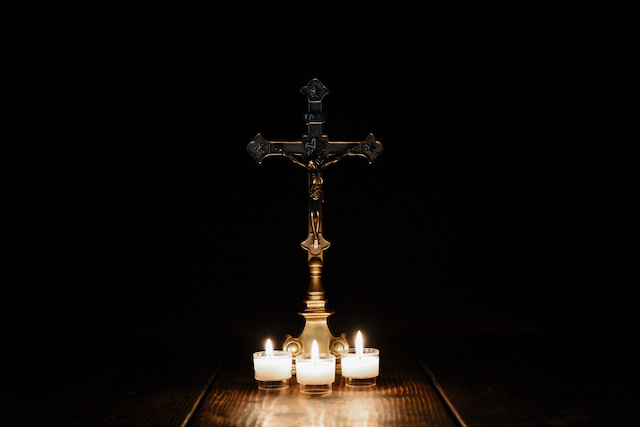 You must encounter Christ immediately, but it doesn’t have to be right away. As with all things, it should happen, and can only happen, in God’s timing. Make sense? If not, allow me to explain.

Consider this definition of “immediately”: “without intervening medium or agent; concerning or affecting directly” (Dictionary.com, 2016).  By this definition, encountering Christ immediately means encountering Him directly, and not, for example, by means of an idea about him (however true it may be), or even through another’s preaching of the Gospel. These, to be sure, are good and necessary, but they fall short of God’s highest aspirations for your life.

As an RCIA sponsor of a catechumen who will be coming into the Church this Easter, I recently got to witness his participation in the first of three scrutinies at Sunday Mass. The readings, as they always are, were aptly chosen. A particular verse in the Gospel of John really struck a chord in me. It is the last verse in the story of the Samaritan woman at the well (v. 42). If you are familiar with the story, then you will remember that Jesus told the Samaritan woman “everything she had done”; most notably (and all that we can really gather from the passage), that she was correct in saying that she did not have a husband, because she’d had five husbands and her current one was not truly her husband (John 4:18).

After her conversation with Jesus, the Samaritan woman went into the town of Samaria and said to the people: “Come see a man who told me everything I have done. Could he possibly be the Messiah?” (John 4:29). The woman’s words caused the people to believe and they “went out of the town and came to Him” (John 4:30).  However, after the Samaritan people “invited Him (Jesus) to stay with them” (John 4:40) and heard His word that came directly from His mouth, the quality of their belief changed.  Before this encounter between the Samaritan people and Christ, John’s Gospel says merely that “[m]any of the Samaritans of that town began to believe in him because of the word of the woman who testified” (John 4:39).  Afterward, however, much stronger language is used—and it’s quoted as coming directly from the mouths of the Samaritan people: “Many more began to believe in Him because of His word, and they said to the woman, ‘We no longer believe because of your word; for we have heard for ourselves, and we know that this is truly the savior of the world’” (John 4:41 – 42).

This, my brothers, is why you must encounter Christ immediately—that is, in a one-on-one direct personal encounter with Him alone. While you may indeed receive the gift of real and deep faith when the Gospel message is transmitted to you through your parents, your confirmation sponsor, whoever it may be, it is only when such an encounter takes place that the quality of your faith will deepen to the level of the Saints, who truly say with all their hearts, “[W]e know that this is truly the savior of the world” (John 4:42).

Christencounterexodusfraternitypenanceprayer
04 27 2017
Back to all articles