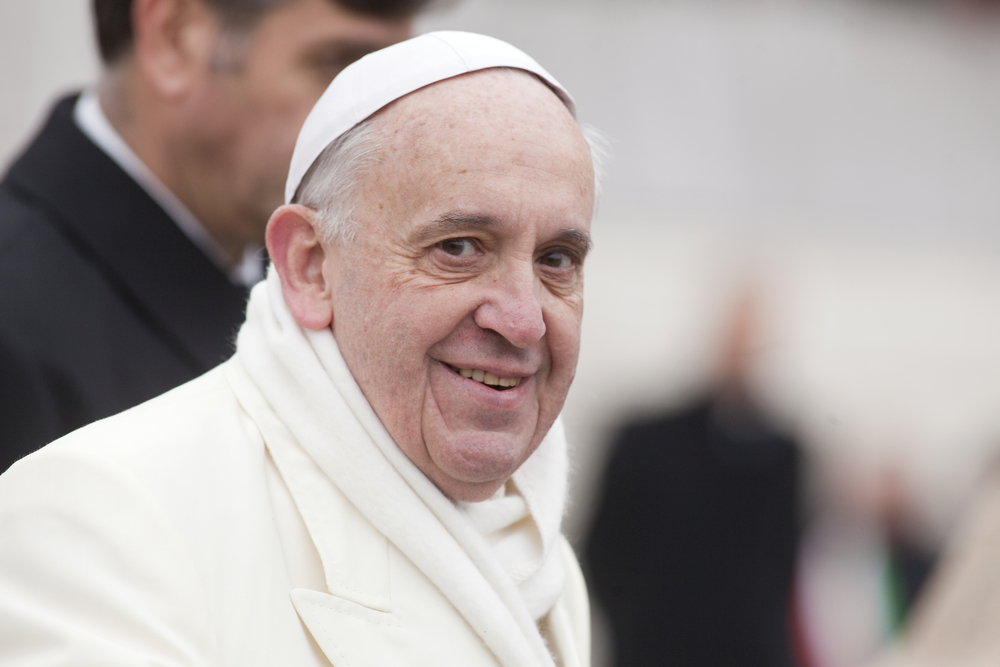 Speaking to reporters on his flight from Armenia, Pope Francis echoed his somewhat notorious 2013 in-flight statement from Rio de Janeiro. “If someone is gay and accepts the Lord and has good will, who am I to judge?… They should not be marginalized. The tendency is not the problem… they are our brothers.” Despite the concerns these words have caused for their ambiguity, they are true words. Catholics are called more than ever to be strong when ambiguity discourages, and to rise above confusion with confidence, ready to forgive and to apologize for the right reasons.

Pope Francis’ statement was in answer to a question about whether, in the aftermath of the Orlando massacre, the Church owes an apology to the gay community. As the Holy Father pointed out, The Catechism of the Catholic Church clearly teaches that homosexual persons “must be accepted with respect, compassion, and sensitivity. Every sign of unjust discrimination in their regard should be avoided. These persons are called to fulfill God’s will in their lives and, if they are Christians, to unite to the sacrifice of the Lord’s Cross the difficulties they may encounter from their condition.” (CCC 2358) Though the catechism also affirms that homosexual acts are acts of “grave depravity” and are “intrinsically disordered,” it does not deny the trials that homosexual people endure who refrain from giving in to their biological or psychological inclination, —or “condition” as Pope Francis and the Catechism called it—and the love all Christians owe them free of uncharitable judgment undergo. After all, who are we to judge?

There has been a problematic tendency within the media to turn Pope Francis’ words into something radical, suggesting that the Pope is “evolving” in the perception of the gay community, and moving towards a new acceptance of homosexuality. But the Pope has merely been reiterating the Church’s old acceptance of homosexual people. If he has been ambiguous, then Catholics must forgive him of this, and help him in his mission of preaching the truth. If we do not, then we will truly owe an apology to those who need to hear the truth.

Even if Pope Francis’ comment was nothing more than a love-the-sinner-hate-the-sin sentiment, there are nuances to being Catholic that go beyond this general principle. Though we must not judge, Catholics must make a judgment. Catholics must consciously resist the muddled secular strategy of loving the sinner and the sin. Embracing the sinner without the sin is not intolerance or bigotry, as the world would have all believe. It is an act of love that desires perfection for another. Again, the only apologies made should be for a failure to exercise such a love completely. Catholics must judge themselves in this regard, for Francis is right—all are sinners; all must ask forgiveness; all must offer apology where apology is needed.

Though Pope Francis’ ambiguous words cause confusion, the culture is a confused one and must be approached as it is. How should Catholics show, in a loving way, that Christ offers something better? It is not by casting the first stone; And certainly not by apologizing for being on the side of truth. Catholics know that homosexual acts are wrong, and they may either deal with this knowledge correctly or incorrectly—they may either become Christ-like or harsh critics. Pope Francis may not always be clear in communication, but Catholics must still acknowledge the clear cultural problems all are facing, and do what they can to bring the spirit of Pope Francis’ words into their daily lives. The Pope is not apologizing for Church teaching. God forbid! Rather he is calling for all to apologize for not making Church teaching explicit. These statements reveal Francis’ pastoral desire to guide lost sheep to the fold, even though his pastoral plan that is sometimes difficult to judge.

Unfortunately, the perplexity over the Pope’s words are reflective of a cultural perplexity resulting from the acceptance of deviancy and deception in the pursuit of happiness. We do believe and declare as human beings, Americans, and Catholics that all men should love each other well, following the natural law of our Creator who created us man and woman to be fruitful and multiply. In this lies truth and happiness. To deviate from truth is to deviate from happiness. That much Catholics may judge—without passing judgment; And without any need of apology.