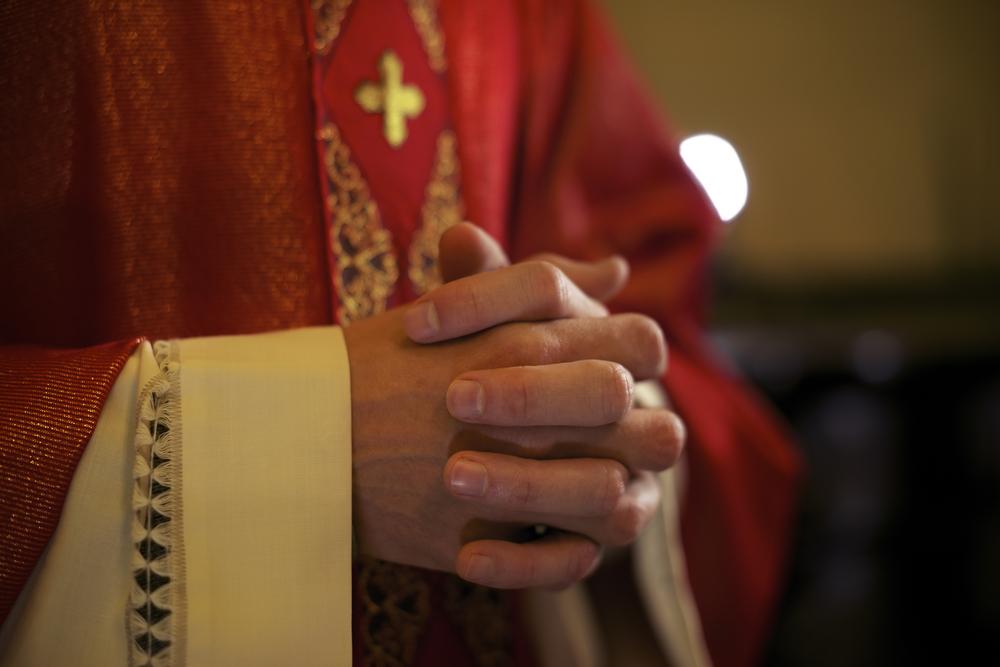 I always knew that priests left the priesthood, but I never knew priests who left the priesthood. And I always knew that the rationale for dealing with it was very simple: they got isolated and quit praying.  This is indeed true because priesthood is incomprehensible apart from prayer and communion.  Separated from these things, the coldness of secularism kills the fire of one’s consecration.  For many years, it has been easy to consider this in the abstract.  But now that these truths bear the faces of friendship, I have to humbly realize that it is not that simple, that there is no rationale for understanding human persons.  The mystery of the human condition again and again defies the demands of human reason.

But the question still remains; what am I to do when Father leaves?  To condemn in the name of truth and to condone in the name of love are equally cowardly.  Our challenge is to witness perseverance.  Killing people in our hearts never satisfies in the moment and is destined for more destruction to come.  Likewise, the flaccid empathy, so common these days, uttering sentiments such as “I just want you to be happy” leaves any person of integrity with the realization that they have not true love, because they do not love truth.  If our concern is sanctity and not the ease of a conscience appeased, then we must see in this challenge the opportunity to delve more deeply into the drama of the human heart.

When Father leaves, we must change.  Every moment of crisis and confusion, both in the Church and in the Christian heart, can become a moment for deeper discovery of the essence of Christianity.  Faith is always borne from the crucible of the Cross, which is likewise its perennial locus of renewal.  Henri De Lubac, in his work The Drama of Atheistic Humanism, calls this Galvanic Christianity, as in a faith coated with steel.  The pressing task of this age is not to shy away from moments of confusion, but to embrace them as moments of fortification.  He writes:

Christianity must be given back its strength in us, which means, first and foremost that we must rediscover it as it is in itself, in its purity and its authenticity.  In the last analysis, what is needed is not a Christianity that is more virile, or more efficacious, or more heroic, or stronger; it is that we should live our Christianity with  more virility, more efficacy, more strength, and if necessary, more heroism – but we must live it as it is.

Furthermore, the galvanizing of faith happens through what Kierkegaard calls the deeper immersion in existence.  The moment of crisis, when the very foundation of faith falters, is the access point for the deepening of faith itself.  We are dealing with mysteries far exceeding the scope of this article, but we will briefly look at it from one angle – that of the concept of vulnerability.  For having lived through the experience of watching fathers leave, I believe now more than ever that only in a true form of vulnerability can the power of Christian metanoia unfold.

The Christian life is a life of dialogue, for the the Trinity is itself an eternal dialogue of love.  The genius of the Catholica is the realization that Christ draws us together into this dialogue through and in his instrument the Church.  Thus, dialogue with other human persons is likewise essential to the life of faith.  This dialogue communicates the saving work of Christ in one’s concrete existence, as the battle between sin and grace unfolds in ones life.  Everyone knows that to live this concretely is not a nice addendum to the Christian life, but at the very heart of the Christian call to discipleship.  But what is more interesting and less discussed is the varying forms of dialogue, two of which we will discuss – transparency and vulnerability.  Transparency, the rendering of one’s interiority manifest to the other, is a good in itself.  But this is not vulnerability.  The former requires no risks, is safe because we remain in control.  Vulnerability is the greatest of risks, because we can experience the greatest of rejections.  Transparency is when the friend manifests their life to you in such a way as you are not invited into it, where exhortation or encouragement is not permitted.  Vulnerability requires that I manifest my life in such a way as I become capable of being wounded (vulnus in latin is wound).  I have to expose my life to you in such a way that permits you to enter into it, and not merely observe it.  Transparency requires humility, and it is indeed praiseworthy; but vulnerability demands courage, because only the one who is capable of being wounded is truly courageous.

To examine these forms of dialogue in the context of the millennial generation reveals the rapidity with which human relationships are changing.  It is curious to first note that Millenials don’t seem to have an issue with transparency.  If anything, the reaction to suburban duplicity and the power of social media are making our lives almost disturbingly transparent.  I cannot speak of other generations but my own; but I will propose that given the sociological changes in our world, we now seem to love transparency more and vulnerability less than generations before us.  The logic goes as such:  I desire to be known, but fear the intimacy of challenge.  Thus, the best way to maintain my freedom is to enforce a paradox: everyone has access to it and no one has access to it.  And what a horribly lonely place to be.

The pressing issue for the Church in this moment of history is how it will creatively mediate the power of cross through new concrete forms of communion.  Sadly, priests are the first to say they don’t need it, “and besides we are really busy.”  Most priests I have met who have left the priesthood were isolated and didn’t pray; all of them lacked vulnerability in prayer and in relationships.  But for some reason few have realized that the grave privation of constancy in relationships, at the source of so much destruction.  Unless our relationships are consistent, deep trust cannot emerge and vulnerability becomes impossible.  Vulnerability does not exist on its own; it is always the fruit of commitment.

True vulnerability, which fashions one’s humanity through the experience of communion, permeates prayer with great radicality.  The one who has experienced human love in the midst of deep shame and confusion prays with greater audacity.  We must never forget that we pray as humans, and that without these human relationships, we lose the school that ought to instruct us.  The experience of vulnerability with Christ in prayer is where the work of metanoia, the work of true conversion takes place.  Our hearts actually change, for he promises us new hearts.  The newness of heart, rooted in metanoia, is the only way to press through the existential walls within one’s vocation, to persevere through all adversity, even when it appears that the venture has been lost.

When Father leaves, we grieve the loss of something not of this world.  But by the grace of Christ, we gain something of this world; that human vulnerability which galvanizes faith.  And strengthened, we may again approach those mysterious words of our Lord,  “Call no man on earth father” (Mt 23:9).

faithfatherhoodperseveranceprayerpriesthood
12 04 2015
Back to all articles