What’s Wrong with the Church 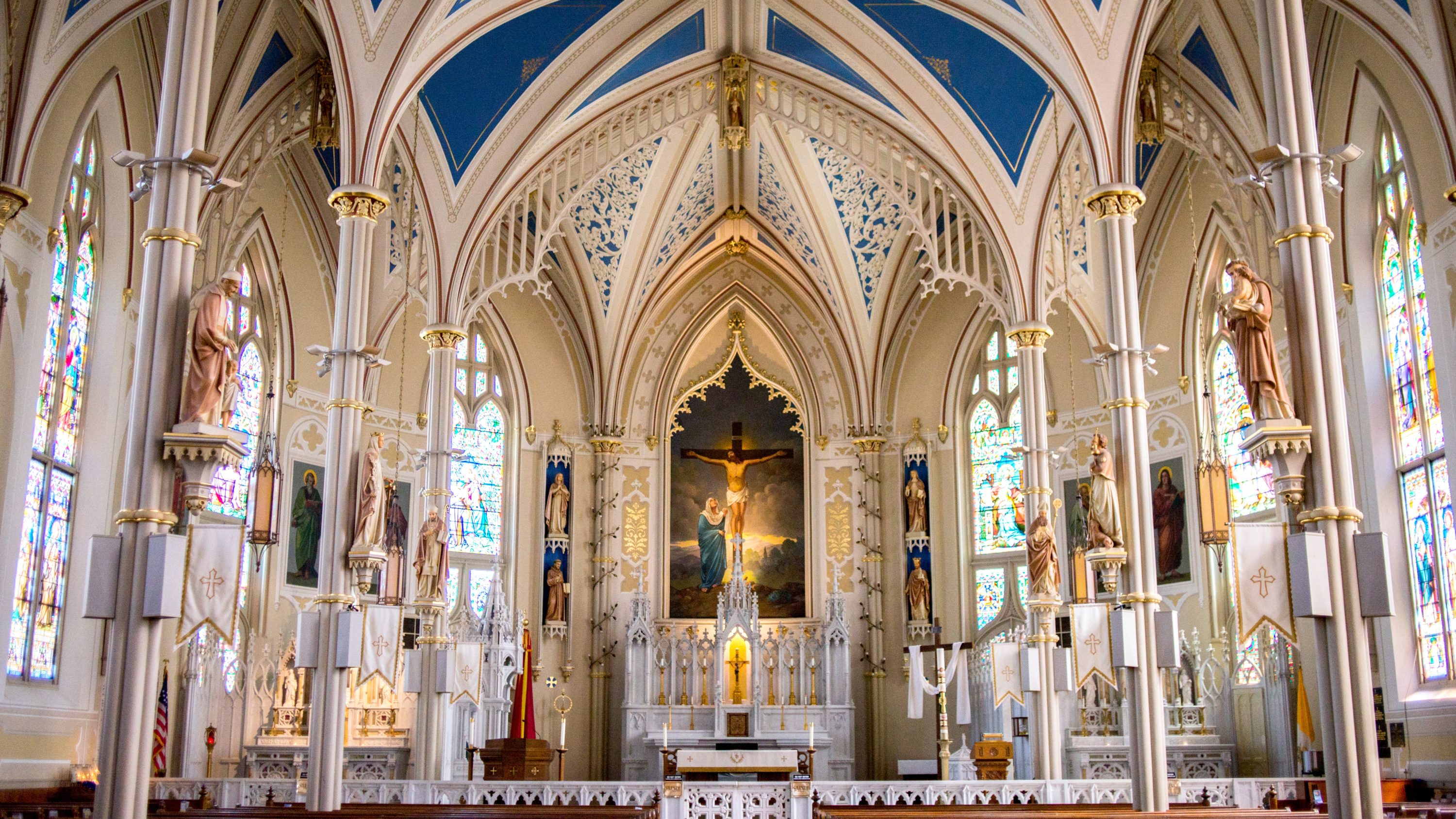 It is widely reported that when posed the question “What’s wrong with the world?” by a British publication, Catholic author and commentator G.K. Chesterton responded simply: “I am.”

If only we all had such clear-minded humility.

Of course, the question posed to Chesterton was no more significant in his day than it is now, or at any other time in history. In each age the brightest leaders and thinkers have proffered their own diagnoses and solutions: in ancient Greece, Aristotle touted the virtues; the Caesars relied on might and skillful social organization to prop up the Roman empire; Marx created the paradigm of class warfare; and our own democratic society posits individual freedom as both the problem and the solution.

The difference between any previous time period and the 21st century is that, such as in Chesterton’s day, only a select few with certain status, education, or wealth were given a platform to share their views, whereas today nearly anyone can comment on anything at any time. Though wonderful in many ways, this ability to share so easily brings with it a whole host of temptations and is actually pushing young people to consciously cut back or disconnect from social media altogether.

The situation is not limited to secular affairs though. The Catholic online world has been abuzz recently with talk about “cyber militias” and the growing need for civility. Not content with dissecting the problems of the world, it seems one of the favorite pastimes of Catholics today is to offer solutions to the question: “What’s wrong with the Church?”

If only the answers were as humble or simple as Chesterton’s.

In discussing Church matters with Catholics and non-Catholics during several years working at the diocesan level, and as one who considers himself to be on the “traditional” side of the proverbial ledger, I have encountered a variety of suggestions to the host of problems which beset the Church. Everyone seems to think they have the “silver bullet” idea.

Broadly speaking, the “suggestions” seem to fall into one of two categories:

Or, to summarize, one group says to look backwards and the other one says to look forwards. While both suggestions have merits of their own, both make assumptions that are severely flawed.

These two broad suggestions often seem to hinge upon Vatican II and its interpretation. The side that wants the Church to be up-to-speed with what today’s fashions see the Second Vatican Council as an invitation to make further innovations which will make the Church more “welcoming,” while those who want to go back to the way things were before either ignore the Council entirely or point out the many instances where the Council reaffirmed long-standing traditions. In other words, this is the Catholic version of the “red pill” or “blue pill” dilemma.

For those who want the Church to “get with the times” the hot-button topic of the day relates to the Church’s stance towards those in relationships outside of marriage. This would include homosexual relationships, divorced and remarried persons, and cohabitation by those never married. One could argue that if the Church took a more “welcoming” stance on these issues (or changed doctrine altogether) more people would fill the pews. Yet, according to a recent survey, two-thirds of Catholics in the United States already approve of so-called “gay marriage.” According to another survey, some 85 percent of Catholics think cohabitation is acceptable. Are that many people not joining the Church because of these issues? Are they just waiting for the Church to accept them? Any sober analysis should lead one to the conclusion that a more “welcoming” Church may not be the solution it’s believed to be.

When it comes to those who want to revert back to the good ol’ days of Catholicism of yore, most solutions revolve around the liturgy. One of the most common arguments is that a universal reinstitution of the Mass as it was pre-Vatican II would automatically solve the ailments of the Church today. There are numerous problems with that line of thinking. Very simply, it should be pointed out that the usus antiquior was the Mass offered universally in the Latin Rite of the Roman Catholic Church up to and during Vatican II. Yes, there may have been some “innovations” in certain regions, and some changes were made in the missal leading up to 1962, but, if the traditional form of the liturgy were the be-all-end-all solution traditionalists believe it to be, then none of those “innovations” should have happened in the first place, and none of the abuses that developed after Vatican II should have occurred because all those cardinals, bishops, and priests of the time were formed under the rubrics of the traditional form of the Roman Rite. Here again, a sober analysis should lead one to the conclusion that a more liturgically traditional Church may not be the solution it’s believed to be.

Obviously much more could be and has been written in regards to both examples above, and of problems in the Church in general. But rather than rehash old arguments, maybe we can give Chesterton’s approach a try? We already know his answer to the world’s problems of his day. No doubt his answer would remain the same in our time. Knowing that, is it much of a stretch to imagine what he might have said about what is wrong with the Catholic Church today?

As individual Catholics, in our families, our parishes, and as an institution, the Church is continually striving to fully realize the perfection Christ calls us to (See Matthew 5:48). We must recognize that any problems within the Church are our problems; yet, we can do very little as individuals to solve them universally. Realistically, you and I cannot change doctrine, liturgy, or anything else in the Church at-large, so bickering with each other on the internet about things beyond our control is not going to do anything except lead to the possibility of further public scandal. But this doesn’t mean we can or should avoid addressing serious problems at all. We just need to do it in the proper way.

The first step is to work on your own formation in the faith. You can’t share what you don’t have. The next step is to take an active interest in your parish and/or diocese. If you saw someone sick and dying, and you believed you had a cure, would it make any sense to berate the bystanders for their perceived inaction in allowing the person to get so sick in the first place? Or would you immediately jump into action with your remedy to help heal the illness? So it is with the mystical body of Christ. Get involved. Help plan events. Contribute your time, talent, and treasure in the multitude of ways possible through the local Church, and in doing so you will inject some medicine into an ailing body.

Think the Church should be more welcoming? Start by welcoming those you may know in irregular relationships to learn more about the faith and why the Church teaches what she teaches. Want greater reverence and beauty at your parish Mass? Set an example of holiness and humility by receiving communion on the tongue and (if possible) take a more active role in planning the liturgy at your parish as a cantor or altar server.

The brilliance of Chesterton’s pithy two-word response to a loaded question more than 100 years ago is not that it’s just a simple diagnosis, it offers a simple solution as well, because it starts with you and me. It’s a clarion call to action, if you care enough to hear it. May our action be more than to simply complain on social media.

Experience the Beer Option at St. Joseph’s Farm in November

The Christian Art of Letter Writing