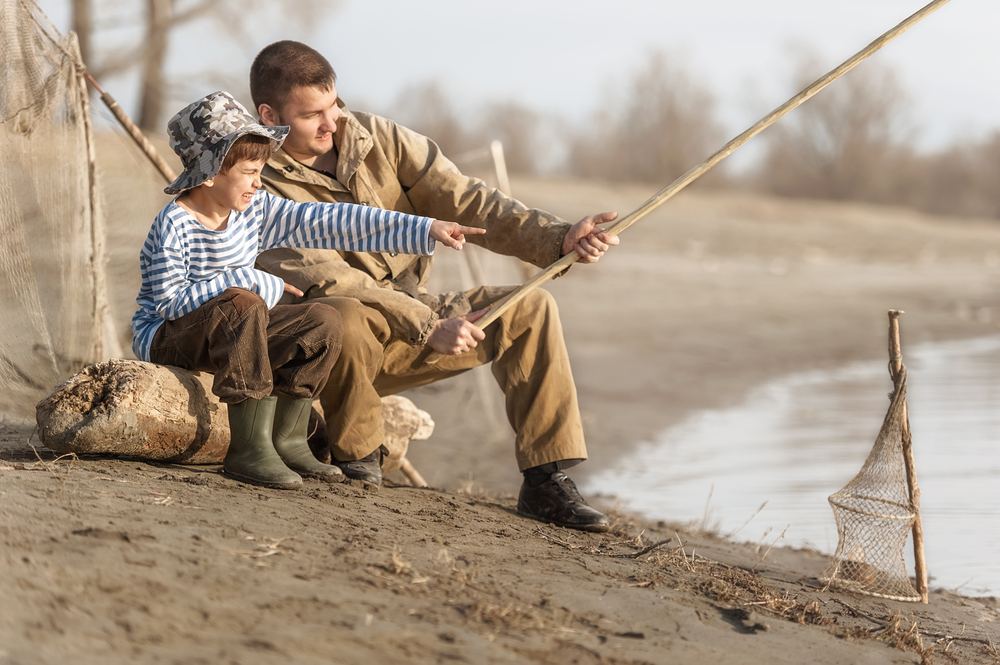 A good father in his home is relatively easy to visualize and define: spend time with your kids, love them, and teach them what they need to be taught by their father.

But what does a mentor do? How does he set out from ground zero, inspired to invest more of himself in the lives of the next generations? In Fraternus we teach the men a principle we call “True Mentorship.” True Mentoring is a three-point approach that guarantees fruitful efforts.

The first point of true mentorship is that you must form yourself before you presume to mentor others. We call this point “Seek Holiness.” This is more than just the old saying of “you can’t give what you don’t have.” It refers also to the fact that your holiness depends on your entire person submitting to God in humility. It means that your life is consecrated totally to Him. This makes you worthy of emulation.

You do not need to look around and figure out all of the problems with the world and tell the boys how to avoid them;  First, look at Jesus Christ. When you do that, Christ will put boys behind you to follow you towards Himself.

As you consecrate yourself to God, you necessarily gain in self-mastery by gaining freedom from the passions and lusts that lure your heart away from God. When we say, “you can’t give what you don’t have,” we think the “what” is some sort of knowledge or habit. “You can’t give math if you don’t know math.”

But I think it’s more important to apply the saying to yourself — you have to have mastery over yourself if you want  to give it away. If you are regularly enslaved to sins, vices, and a life unworthy of emulation, then you have to first gain control of yourself so that you may give it away in love. A slave cannot give himself away, he must first be free. You cannot give yourself away if you do not “have” yourself.

But let’s make sure you get this point too, because after reading the above about not being worthy of emulation, many might count themselves as unworthy. Good! I have interviewed and talked to countless men about mentoring and it’s the ones that consider their lives supremely worthy of emulation that concern me.

The humble man is in a much better place to become a great mentor because he knows his weaknesses, and in his weakness he turns to Christ. “[For] when I am weak then I am strong” (2 Cor. 12:10). In his weakness he has learned to love and lean on Christ. The prideful man, very sure of his worthiness, often just leads people to what he loves — himself.

The humble man has his eyes set on Christ. He’s going towards Him. He’s headed the right way! Therefore, we need to ensure that there are boys following behind him. A humble man who is willing to do the great and noble act of becoming a mentor is a man of hope.

The virtue of hope has two “sub-virtues” which are like two sides to the hope coin. The virtue of “doing great things” called magnanimity is one side of a coin. The other side is humility.

Hope reveals to us that our ultimate home is heaven. We don’t “wish” for heaven, but expect it, prepare for it, and long for it above all other things. That great reality compels us to great things, and this is magnanimity. At the same time hope also acknowledges that the great call to heaven is a gift. It is not something we earn but something we receive in humility. The truly hopeful have both magnanimity and humility. Men of hope will know they can and will reach these boys (magnanimity), but only with God’s help (humility).

The second point of True Mentorships is “build friendships.” Feeling a sense of urgency to recover lost ground, men are eager to set out and “set boys straight.” But they soon find a hard truth: the boys don’t trust them and are not willing to be mentored. Not only have actual fathers been lacking in their lives but frequently the men in their lives have been unreliable at best or hurtful at worst. (Picture a boy at a tender age being chewed out by a coach.) Along with this there is the issue that everyone has something to say to young people. Everyone has advice. You are just joining a chorus of noise.

Friendship, however, is love. Love is not noise. You only become noise when you lack love (1 Cor. 13). St. Thomas Aquinas defines love as friendship because he takes his definition of love from Love Incarnate, Jesus Christ, who leaves the glory of heaven to become our friend. “I have called you friends, for all things that I have heard from My Father I have made known to you” (John 15:15).

As Catholic mentors rooted in Christ we too come to make known to them what the Father has made known to us. We must therefore ascend above the noise of the world through building real and authentic friendships. This takes time and is often even agonizing. It can feel ineffective at times. But if you try harder to be interested in the young men than to seem interesting to them, you will see the fruit.

When you speak with them, listen. When you listen, remember. Ask questions about them. Ask about their interests. Ask them to explain those things to you that you are unfamiliar with. Be interested. Young men are particularly keen at sniffing out hypocrisy and insincerity, so avoid both.

I recently went to a Fraternus meeting at a parish that was just starting the program. We train the men to call the boys to the meeting the way God calls us: by name. Sure, use pulpit and bulletin announcements, but rely more on handshakes and eye contact. One volunteer was next to me (we had both gotten out in dodgeball) and said, “Do you see that boy? His name is Dan. His mother said he refused to come to Fraternus, and when we were inviting boys after Mass he went a back way to his car. I went up and talked to him, heard his reasons, talked with him for a while, and just asked him to come to this first night and see.” We both looked out at Dan. “He’s having an amazing time,” I said. “Yep.”

You see, this volunteer did not pulverize freedom by finding a way to force him (through his mother). But he also didn’t hide behind some “all are welcome” flyer. No, he sought him out, talked with him, heard and respected his reasons for not wanting to go, and by gentle invitation Dan came to Fraternus.

But it doesn’t stop there. Dan is from a single mother home. He’s likely in need of mentoring from men but doesn’t know how to be around men. The slightest insult or embarrassment could send him running. My point is that it won’t be just one gentle invitation that reaches Dan and forms him, but many.

Is this not like God? It’s not one moment of grace in a life, but a constant steady calling — by name! I cannot emphasize enough that the greatest way to reach young men is to learn, remember, and use their names. Don’t shout to a room “all are welcome,” but look each boy in the eye and say, “you are welcome.” Or better yet, “Dan, I want you to be there.”

If there is a shortcut to building a friendship with a young man, it’s through his name. “We could put it very simply by saying that the name creates the possibility of address or invocation,” said Pope Benedict XVI, “It establishes relationship.”

The last point of True Mentorship is to mentor with excellence. This is basically the art of showing up and being consistent. Don’t pop in and out of boys’ lives as your excitement waxes and wanes. Pick a method and means, even if it’s as simple as weekly basketball, and stick to it.

In Fraternus we say this refers to the actual meetings and ceremonies of the program: do it well. Don’t give a half-hearted, shoddy program to the boys. This communicates to the boys very clearly: you are not worth my time and effort. You drive home the lie that men are not trustworthy, don’t really care about you, and you should seek your wisdom elsewhere. The world is eager to scoop up such boys.

If you review the points of True Mentorship you can see that if any of these is missing or skipped your mentoring is likely to stagnate, fail, or actually cause harm. If you run a tight ship (mentor with excellence) but don’t build friendships you might end up with an impersonal militaristic ethos that lacks the personal character of Christianity. If you focus heavily on building friendships with the boys and having a great program but skip prayer you will likely slide into a pseudo-Christian reality (think of the YMCA). You truly need to apply all three steps, and usually in that order: seek holiness, build friendships, and mentor with excellence.

fraternusfriendshipholinessmentor
01 / 22 / 2016
Back to all articles

When Pornography Becomes An Escape