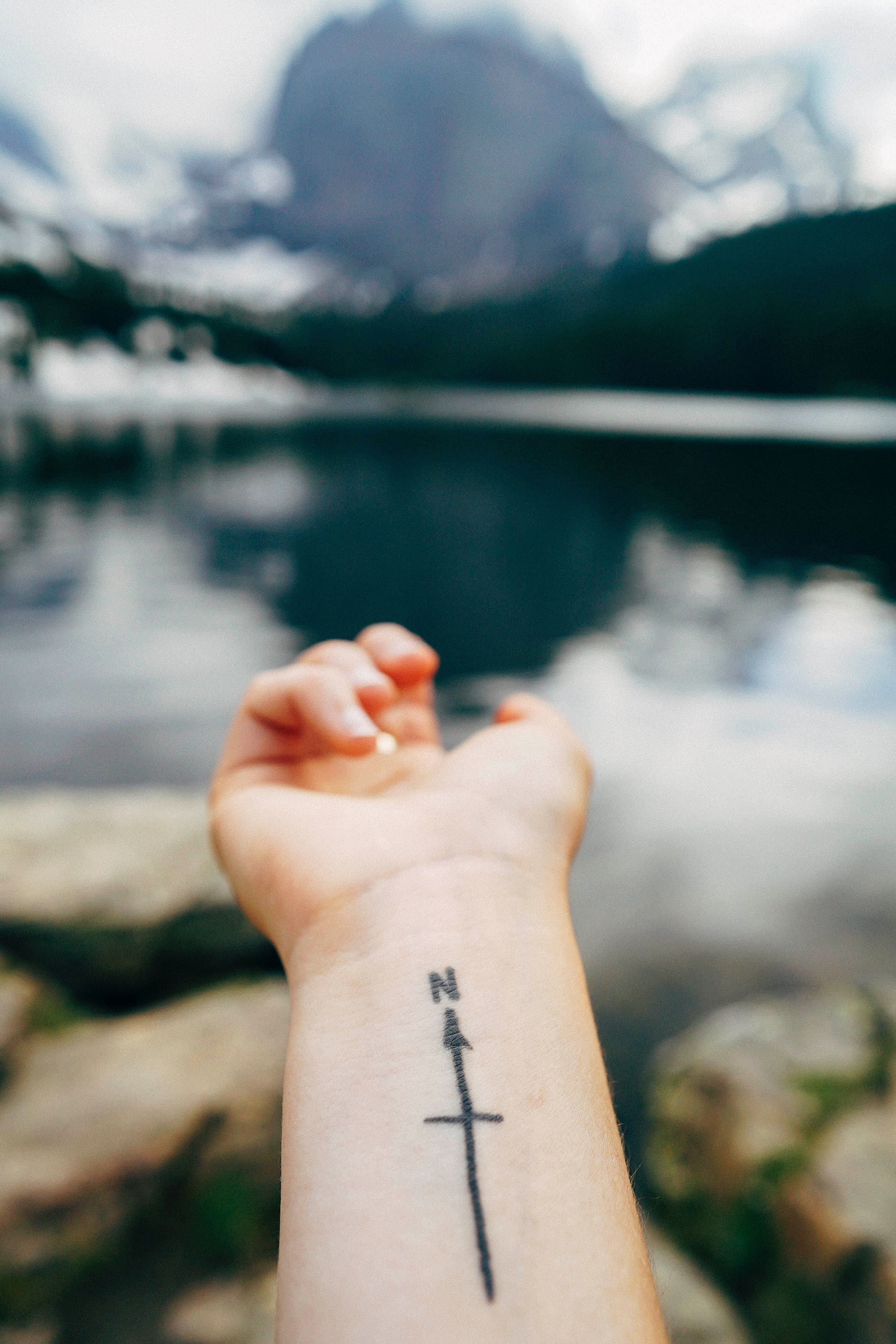 I’ll just get this out there right away—I’ve never liked tattoos. I wouldn’t say I ever felt strongly about them, either, that is, until I was at a waterpark with my kids. My Dad had a tattoo from his time at boot camp with the Marines, but growing up I didn’t see many tattoos. It’s just in the last ten years that they’ve gone from a fringe phenomenon to something you see on a daily basis. This is simply not something that the Church speaks directly on, so I have to be careful of asserting too much, but I think that since so many people get tattoos in youth, its worth saying, “think twice.”

Back to the waterpark. I was just floating along the lazy river when I saw a very beautiful young woman. She was covered from head to toe with tattoos. It actually moved me to tears, to see her natural beauty disfigured by the hand of the tattooist. I’m sure he’s a fine artist, but he can’t match the hand of the Creator. At that moment tattoos seemed like graffiti—scribbling—on the Temple of God.

The Catechism does not address tattoos, but it does speak about caring for our bodies and their health as part of the fifth commandment. It lays out some fundamental principles to help us think about how to care for our body:

Tattoos do not cause physical harm to the body (usually at least), but it comes down more to care and stewardship of the body. The body is not an idol, but a temple; we do not control it, but should use the body to glorify God. We develop the body’s potential to achieve natural health in order to support its ultimate and eternal purpose.

We’re not talking about serious sin in relation to tattoos, but rather about their fittingness. Is there anything worthy of your body to impress on it permanently? Unlike angels, our bodies and minds grow and contract constantly throughout our life. It’s a blessing, and sometimes a curse, as we enjoy the process of discovering and enjoying new things, but we also struggle and fall backwards. In our state of flux, we want our faith to remain firm, but even there we are called to grow in faith and to understand what we believe more and more. It’s hard for us to lock ourselves in to anything in particular forever. Tattoos, despite their gradual fading, attempt to make a permanent mark on the body amid its natural flux.

How good are our reasons to permanently mark the body? Our faith in God, our marriage vows, and death—these things we can, or at least should, count on. Everything else passes away, bodies included and any marks we place upon them. We do live in expectation of a body that will not pass away, and we respect our bodies now in anticipation of this Resurrection. Our bodies fall into God’s plan of salvation history. He is the Creator and Lord of the Body and He has given them to us to care for as part of our natural dominion. Though physical, they relate directly to our spiritual identity and mission. Our souls image God most directly, but the body is the sacrament of the soul and should express its spiritual nature to the world.

I admit, there is a difference between having one or two modestly sized and fittingly placed tattoos and absolutely covering our body with them. Some Christians, especially the Ethiopians, have a tradition of small, religious tattoos. Some of my friends have gotten religious images tattooed, such the Sacred or Immaculate Hearts, but to me it somewhat trivializes the holy images to place them on our bodies. I am not inspired, but confused when I see the Immaculate Heart on someone’s back. Should I venerate it, I wonder somewhat humorously? It may come back to the fact that the body itself should be the sacrament of the soul and it does not need a further mark to shape or prove it. Rather, our bodies glorify God, serve as His Temple, and offer Him worship, as Paul exhorts us: “offer your bodies as a living sacrifice” (Romans 12:1).

Flannery O’Connor, in her own mysterious, dark, and lovely way, may have reflected most profoundly on the relationship of tattoos to the reality of our bodies serving as icons. Her short story, “Parker’s Back,” relates how a nonbelieving man obsessed with tattoos just happens to marry a fundamentalist (and apparently joyless) woman. He can’t seem to resist her or get away from her. After a near death experience, which only O’Connor could conjure, he decides to fill the only remaining space on his body—his back—with a Byzantine style tattoo of Christ the Pantocrator. When his wife sees it, she beats Parker’s back for the idolatry of imaging Christ, filling it with welts over the face of Christ.

I don’t think O’Connor wrote the story as a commentary on the morality of tattoos! Rather, she points us, essentially, to the fact that Parker himself should image Christ to his spouse, not the particular image on his back. She points us to the underlying issue at stake with tattoos: will we allow the body itself to serve as the symbol of the soul or will we obscure its imagery with other competing symbols? (The same principle would apply to clothes as well). Pope Francis asks us to “accept the world as a sacrament,” which includes also “the acceptance of our bodies as God’s gift” (Laudato Si’, 9, 155). We do not “enjoy absolute power over our own bodies,” (ibid., 155).

I think tattoos have been on the rise as we claim more independence and ownership over our lives. Slaves were tattooed by their owners in the past and soldiers marked as well as a sign of their pledge of service. God, in a sense, tattoos our soul, when he placed his indelible stamp upon them when we receive the sacraments. Choosing to place an image or words on our body may be a sign that we belong to ourselves; it may even be an attempt to prove it to ourselves. Unconsciously, we may be marking our bodies to show our own control and lordship over them. Rather, we should allow the body, as “fearfully and wonderfully made,” to speak in itself.

No black and white answers exist when it comes to tattoos. Once again, we must judge their fittingness. If nothing else, I would encourage you to pray hard and think twice before getting one.

bodyJesusreverencetattootemplethink
11 16 2017
Back to all articles

Why Adele’s “Hello” Brought Me to My Knees…