Realize Your Potential! Control Your Passions 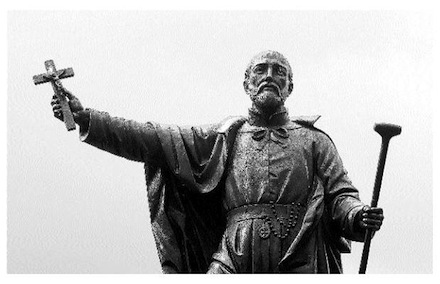 “A man who governs his passions is master of the world.  We must either command them, or be enslaved by them.” – St. Dominic

I once fouled out of a basketball game in 8th grade and ended up in the bleachers during my protest before the whistle even finished blowing. That was me in 8th grade. You can imagine it didn’t get better any time soon.

As men, we have a lot of passions flowing through our bodies, hopefully. These passions can take us a lot of places – good and bad (they are morally neutral in and of themselves).  Whether hate, love, desire, courage, etc., they can be a tremendous gift to us as men. They can empower us to do great things, take courageous action and aspire to holiness. They ultimately can help us love like Christ on the cross – the end to which our passions must help us achieve. A man that is self-possessed, controlling his passions and putting them to the service of his will and intellect, is a man of tremendous strength. When we lack self-possession, we cannot give ourselves in love – because no one can give what they do not have.

Let’s look at a man that demonstrated what God can do with self-possession. For any of you that may have ventured around the Great Lakes region, you might have come across parishes and shrines dedicated to the North American Martyrs.  These eight French Jesuit men went to that region of the new world in hopes of bringing the faith to those native to it.

Jean de Brebeuf was born on March 25th, 1593. He was one of the first missionaries in the region and among the last to leave.  For a number of years, he worked among the Hurons as a lone soldier.  His fellow missionaries hailed him as the outstanding missionary of all of New France.  His later superior wrote of him, “His evenness of temper seemed to be the virtue that outweighed all others.  Nothing could upset him.  During the twelve years I have known him, whether as superior or subject, I never saw him angry or even slightly indignant.”[i]  Fr. Brebeuf had possession of his passions.

In March of 1649, St. Ignace, a Huron mission, was completely slaughtered by the Iroquois who then made their way to St. Louis, where Fathers Brebeuf and Lalemant were finishing their prayers after Mass.  Being warned by a few that escaped St. Ignace, many fled the village while around eighty warriors prepared a defense.  The two priests chose to stay and minister to their flock to the end.  The story of their death is gruesome and inspirational:

The attackers fell upon Brebeuf and Lalemant, beat them, bound them fast and led them with the other captives back to St. Ignace.  When they reached the clearing before the wreckage of that village, the Iroquois stripped the two priests stark naked and, in turn with the captured Hurons, made them run the gauntlet of sticks and clubs.

Shivering in their nakedness from the raw March winds, the priests were driven with the Hurons into the huge cabin which Brebeuf had designed in the hope that it would one day be a church.  Fires were burning about six torture posts.  Brebeuf and Lalemant managed to speak words of consolation to the huddled Hurons, urging them to offer their sufferings to God…each missionary listened to the other in confession and raised his hand in absolution.

The Iroquois chose Brebeuf and some Hurons for the first torments.  Leaping upon him as he prayed, they broke the bones of his hands, tore out his fingernails, and munched on his fingers.  When they dragged him to one of the posts, he embraced it and kissed it.  Quickly they pulled back his arms and fastened his wrists to the post.  They were determined to smash his courage and to make him cry for mercy.  Brebeuf was determined to utter no cry, but to pray to God to forgive them.  They put burning sticks about his feet, ran flaming torches up, down, and between his legs, around his neck, and under his armpits.  Puzzled that he neither cried out nor winched, they held the firebrands closer till the skin frizzled, then they slashed his flesh with knives.

Brebeuf addressed the captive converts in a strong voice: “My sons, my brothers, let us lift up our eyes to Heaven in our affliction.  Let us remember that God is the witness of our sufferings, that very soon He will be our exceedingly great reward.  Let us die in our Faith.  Let us hope from Him the fulfillment of His promises to us.  I have more pity for you than I have for myself.  Bear up with courage under the few torments remaining.  The sufferings will end with our lives.  The grandeur which follows them will never have an end.”

His tormenters hacked him with hatchets and knives and stabbed him with javelin heads.  “Jesus have mercy on us!” was the only cry that came from his lips; it was re-echoed by the Christian Hurons.

Incensed by his defiance, the Iroquois cut away his lower lip and thrust a red-hot iron down his throat.  As the indomitable priest still held his tall form erect and voiced no sound of pain, no plea for mercy, they tried other means.  They brought forth young Lalemant, that Brebeuf might see them torture him.  They had fastened strips of bark, smeared with pitch, about Gabriel’s naked body.  When the young priest saw the burnt and bleeding body of his superior, aghast and trembling he spoke the words of St. Paul:  “We are made a spectacle to the world, to angels and to men.”  Then he threw himself at Brebeuf’s feet, whereupon the savages dragged him away, tied him to a stake, and set fire to the bark fastened about him.

Among the Iroquois were some renegade Hurons who remembered how Brebeuf had often baptized the sick and dying and consoled them with promises of heavenly reward.  And so they hit upon a new torture that was also a mockery.  “Echon,” said their spokesman, as he poured a kettle of scalding water slowly over his head, “we baptize you that you may be happy in Heaven; for nobody can be saved without a good baptism.”

He did not flinch.  They cut strips of flesh from his legs and arms and ate them before his eyes.

He prayed for the forgiveness of his torturers and asked that through his agony the grace of faith might come to them.  “Jesus have mercy!” he cried lifting his eyes to Heaven.

They cut off his nose, sliced off his upper lip, pulled out his tongue and hacked a piece off it.  They placed firebrands against his bleeding flesh and shoved one of them into his mouth.  His tall, erect form sagged to the fires about his feet; he was silent now, but his eyes were open, and the Indians gouged them out with a flaming stick.

They dragged Brebeuf from the fire to the torture platform, and there they performed the last rites in honor of Areskoui.  They hacked off the charred feet, tore off his scalp, and cut out his heart.  This they devoured, and they drank his blood, thinking to imbibe some of his invincible courage.  A chief raised his tomahawk over the head of Brebeuf and split the jaw in two.  His four hours of torture were finished.[ii]

It was about four o’clock in the afternoon on the sixteenth of March when the pure soul of Father John de Brebeuf left his mortal body to go to God. He was just nine days away from his fifty-ninth birthday.[iii]

St. John de Brebeuf is a favorite of mine.  His life is such a spectacular example for us of a man who used his passions to serve the greater good.  Completely controlled by the help of God’s grace, he was able to channel his enormous passion into a fervent love for the native peoples, especially the Huron nation.  His self-possession allowed him such strength at the time of his torture and death (no doubt with the grace of God), that he was able to lay his life down in complete surrender, as an offering of love.

What great men have gone before us, and how little am I in comparison. I end with his own words:

Jesus Christ is our true greatness; it is He alone and His Cross that should be sought in following after these people. For if you strive for anything else, you will find nothing but bodily and spiritual affliction. But having found Jesus Christ in His Cross, you have found the roses in the thorns, sweetness in bitterness, all in nothing. ~ St. John de Brebeuf.

Can you imagine where our culture would be if men like us were striving with greater conviction to allow the grace of God to give us this self-possession. If we had self-possession, what could God then do with us?

[i] John A. O’Brien, The First Martyrs of North America:  The Story of the Eight Jesuit Martyrs (Indiana:  University of Notre Dame Press, 1960), 110.

Inspired by this article? Renounce your passions, build fraternity, grow in holiness, realize your potential!

exodusfreedomholinesspassionssaintstemptation
01 02 2017
Back to all articles