Pentecost: Christianity is More Than Getting Out of Hell 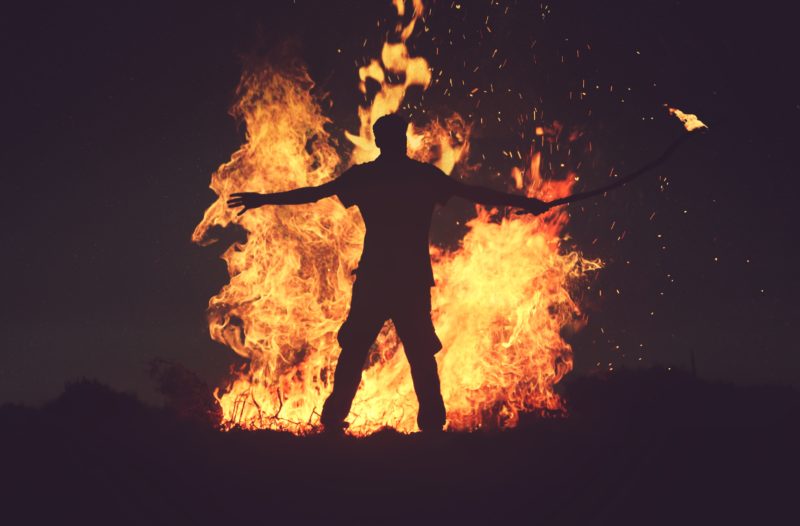 Christianity is more than a canceling of a sin-debt.  The central piece of our faith is not just the communication of our cleansing, but the Incarnation of God Himself.  But even that doesn’t say enough – it’s not the whole story.  Because it is not just that the divine intermingled with man, like a visitor, but that through Christ man becomes divine.  In other words, the Incarnation is a two-way street.  God descends and man ascends.  This doctrine is not regularly discussed, but it should be, because it strengthens our hope to know the greatness that we are called to in Christ.  In the Eastern Church they refer to this reality as “theosis,” the divinization of man. St. Athanasius has perhaps put it both bluntly and beautifully when he said, “God became man so that man might become God.”  Just when you thought Christianity’s claims couldn’t get bigger – the Incarnation and the Resurrection for example – St. Athanasius drops that bomb on us.  What does it mean?

The feasts we celebrate after Easter communicate to us that the death and resurrection of Christ are not the end of Salvation history, because the work of our redemption is more than just a canceling of our sin-debt.  Your ennobling in Christ is not just that you were so broken that the only way to get fixed was for Jesus to die and then go back home to heaven once the job was done.  When He did go back to the Father, He brought with Him the humanity that He assumed at His conception.  The feast of the Ascension, which was once more important and celebrated than Christmas, is, therefore, a celebration not only of Christ’s triumphant re-entry into Heaven, but our humanity’s solemn seating at the right hand of God.  In other words, humanity is now a part of God’s very existence, and that is a new fact that was created in Christ.  It deserves and immovable feast.

The Ascension is the celebration of humanity reaching God, but today, Pentecost, is the celebration of God’s divinity reaching us.  As the Word became flesh, revealing Himself as Son, so He sends His promised Spirit to us so that we, like Him, can cry out “Abba” in that same Holy Spirit (“Abba” is more like “Papa” than “Father”).  Humanity enters the heart of God through Christ and the heart of God enters humanity through the Holy Spirit.  This is the completion of the “exchange” of salvation.  God did not just fix us, clean us up, and send a get-out-of-hell card, but He united us to Him and Him to us.  It is so much more than getting our sins forgiven.  It is a new life that is so real and so different from what we were that it requires a second birth, which means it requires the death of the old self.

In your battles with sin, remember that God has called you to more than cleanliness.  Yes, He wants your heart pure so that you can see Him, as the beatitude says.  But we get so tied up in the purity part that we might even fail to see what’s on the other side of our battles.  There, on the other side, is a Father looking at us saying something that affirms our identity and the new state given to us through the death and birth of Baptism: “This is my beloved son, in him I am well pleased.”  To be a saint, is to be who you truly are in Christ.

AscensionbecomeChristChristianitydivinityHellPentecostresurrection
05 20 2018
Back to all articles