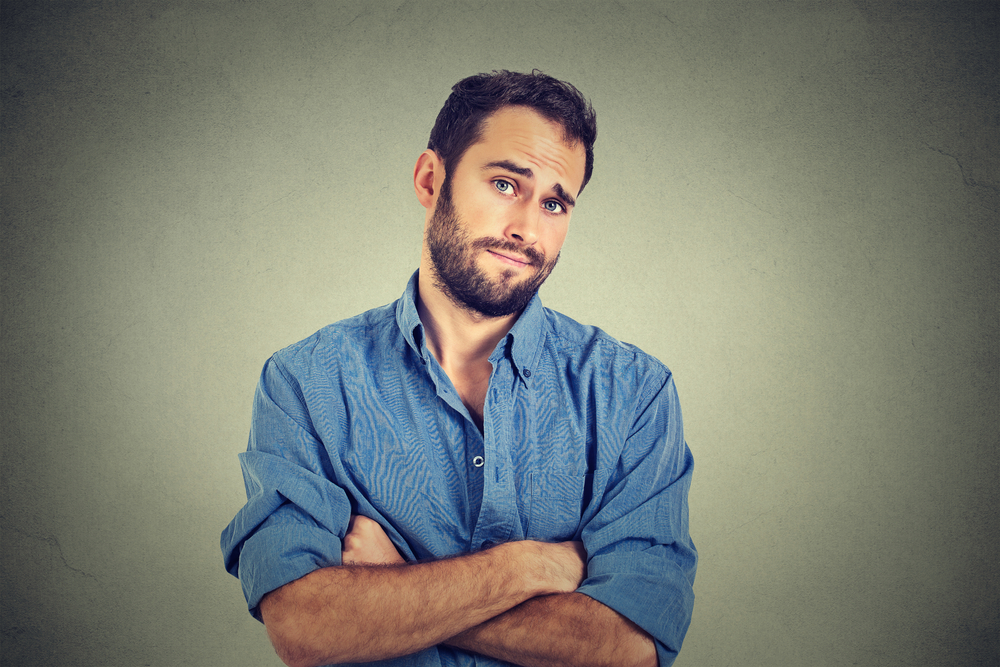 I remember once, on a canoe trip, standing on a rock in about 5 feet of water. The water was deep and the current strong.  To maintain my stance, I was required to lean into the onrush of water and delicately balance myself; otherwise, I would be carried away by an unrelenting river.  Sometimes, as I watch the current culture and study its movements, I have the same feeling all over again and I find it necessary to stand firm on the rock of truth.  At the same time, I have the complete knowledge that such a stance is often unwelcome and will result in angry condemnation.  And the current, or more accurately, the flood of information emanating from social engineers can often feel overwhelming and bring about relentless confusion.  Such is the case with a new documentary produced by filmmaker, Jennifer Siebel Newsom.  Ms. Newsom has been working for a number of years on a video documentary which is surely to be celebrated by social engineers. And equally sure to confuse many in its wake.  To support her project, she solicited funds from Kickstarter using the following pitch:

“At a young age, boys learn that to express compassion or empathy is to show weakness. They hear confusing messages that force them to repress their emotions, establish hierarchies, and constantly prove their masculinity. They often feel compelled to abide by a rigid code of conduct that affects their relationships, narrows their definition of success and, in some cases, leads to acts of violence resulting in what many researchers call a ‘boy crisis’. Our society’s failure to recognize and care for the social and emotional well-being of our boys contributes to a nation of young men who navigate adversity and conflict with an incomplete emotional skill set. Whether boys and later men have chosen to resist or conform to this masculine norm, there is loneliness, anxiety, and pain (www.kickstarter.com/projects/jensiebelnewsom/the-mask-you-live-in).”

Nobody will question Ms. Newsom’s desire to improve the situation of human beings in our world.  Her sincerity and hard work to discover solutions and apply remedies is admirable.  But it must be frankly stated that Ms. Newsom’s analysis  is simply wrong.  Her suggested solutions contribute directly to the problem of boys and young men and not the solution.  Unfortunately, she does not understand the male psyche and will only succeed in causing more confusion, resentment, and difficulties. This is so important to understand; let us break down her statement in order to fully understand the implications.

“At a young age, boys learn that to express compassion or empathy is to show weakness.”

This statement is dubious at best.  The collection of data supporting this statement would be nearly impossible to collect which makes one wonder about her conclusions.  Having been a boy raised in a Christian family, I can safely claim I was never once taught that “to show empathy is to show weakness.” Ms. Newsom is making a fundamental mistake often made by most social engineers.  She is making the assumption that, in order for boys to be healthy, they ought to act and behave in the same manner that girls act and behave. This seems to be the perennial solution of social engineers to the “boy problem” in America:  have them act more like girls.  No matter how much social engineers protest, girls are nurturers and are naturally sympathetic. Who would expect boys, biologically destined to be protectors and defenders, to express affective empathy or compassion?  In point of fact, boys long to be heroes – to be the one who rescues and saves.  Does this not imply empathy?  Risking one’s life to save another from some calamity is empathy in action, empathy in masculine form.  But to tell a boy he must emote in similar fashion as girls, is to imply there is something wrong with him – a message he will hear often as he grows up.

Anecdotal evidence of cruelty and ridicule might surely be produced, but many examples of boys encouraging, supporting, or teaching one another are common.  One young man recalled his time as a “walk on” athlete at a state university.  He reported the positive experience of other athletes selflessly and eagerly teaching him in order to improve his game skills.  He did admit that some of his teammates, whom he readily recognized as “insecure,” refused to assist.   Nonetheless, his awareness of the emotional neediness of these detractors allowed him to discount their opposition simply as an annoyance.

Empathy is a virtue.  Rather than tell boys and young men that they are deficient (because they are not), a more effective way to teach boys and young men is to include empathy and compassion as part of a host of virtues they ought to be investigating and learning to adopt.

“They hear confusing messages that force them to repress their emotions…”

Ms. Newsom is making another assumption. Perhaps it has never occurred to her that men seldom find the need to cry.  To tell a man that he must cry to evidence his emotional wellbeing, even when he does not see the need, is frustrating to men.  Truthfully, if left alone, a man can easily express emotion.  But pressuring a man to “express his feelings” will actually cause him to suppress his emotions.  Quite to the contrary, as a spiritual father, when a man feels the need to cry in my presence, they often feel free do so. But he is never told to do so!  I recall praising a man for the great job he did in raising his own son.  He freely and without shame cried before me. Others cry when discussing their father, many cry as the result of relational difficulties with women, still others when faced with very difficult or troubling situations.  I have witnessed a bridegroom quietly shed tears at his wedding when his bride appears at the door of a church many times.  Sure, women express emotion more openly, even in a group setting, but such a setting would often be the wrong context for a man.  Ironically, few women would be attracted to a man who exhibited such lack of self-control, and men know it.

Why women like Ms. Newsom insist on adapting behavioral patterns of men is perplexing.  In the proper setting, boys and men have little problem expressing themselves.  But to force a reaction or to be told it must be done in a certain way (to the satisfaction of others) will only serve to make a boy or young man feel inadequate and foolish.

“They hear confusing messages that force them to… establish hierarchies and constantly prove their masculinity.”

The establishment of hierarchies might sound frightening to some, but it is actually a source of confidence and inclusion for boys and men.  Productive hierarchies have been established by males for centuries.  It is a matter of teamwork and it is the vehicle by which boys and men accomplish important tasks.  True, a boy can feel terrible when he does not make the cut and finds himself outside the hierarchy, but the discovery of this inadequacy often prompts him to work harder and “measure up.”  This only serves to make him a better man.

Boys and men receive much affirmation and even love by belonging to a hierarchy or fraternity.  Our work is to ensure these hierarchies are motivated by positive and productive goals.  Why would Ms. Newsom want to deprive a boy or young man from such an important and formative experience?

It is true that men feel compelled to “prove their masculinity.”  But there is nothing anyone can do to change what nature has put into the heart of a man.  When a boy or a man can effectively interact on a work project or an athletic event and prove himself, he can happily put that anxiety to rest.  On the other hand, a man, any man, who has never had the opportunity to prove his masculinity to himself, will be consigned to questioning his worth as a man.  That might not sound satisfactory to some, but it does to men who are not afraid of a challenge and are able to, even following a defeat, regroup and give it another try. The test which accompanies acceptance by other men is necessary, and a world without this test would be pointless to a man.  Once he has passed this test, he is integrated into the group and within himself.  It is an uninitiated man, or a man who has never been afforded the chance to prove himself, who is certainly a miserable man.

“They often feel compelled to abide by a rigid code of conduct that affects their relationships, narrows their definition of success and, in some cases, leads to acts of violence resulting in what many researchers call a ‘boy crisis.'”

Surely men will hold each other to a rigid code of conduct.  The code is important and may not be what some suggest.  A good code clearly states: “You shall not physically harm your wife or girlfriend, but rather honor, cherish and respect her; you will be honest; you will work hard and pull your own weight; you will never steal; you will not leave a brother behind; you will exhibit purity of action, decency in speech, respect toward others; you will be known for a spirit of good nature.” If men are allowed to teach this code to their sons and brothers (and reject inappropriate codes as can be found in gangs), men will overcome their propensity to brutishness.  So, which part of this “rigid code” would Newsome like to eliminate?

Thankfully, we can agree with Ms. Newsome that “Our society’s failure to recognize and care for the social and emotional well-being of our boys contributes to a nation of young men who navigate adversity and conflict with an incomplete emotional skill set.”  Whether boys, and later, men choose to resist or conform to an authentic, time-tested masculine norm will determine whether they live happily or in loneliness, anxiety, and pain.

I would hate to say that everything this documentary teaches is incorrect and I hate the backlash that would follow from such a stance.  Nonetheless, we owe our younger brothers more than a domestic and impotent masculinity that only serves to make feminists comfortable.  A true masculinity, one that benefits both men and women, can only be established by a community of men intentional and sharp enough to make it happen.  Boys will benefit from that same community of men when they are attentive and motivated enough to raise up the younger men and boys all around them.  Although I appreciate her effort, Ms. Newsome should leave this work to those with a deeper and more accurate understanding of all that is happening to boys and men in our culture.

communityeducationemotionsfraternityhierarchymasculinitymedia
11 13 2015
Back to all articles