Marxism Has Infiltrated Your Family 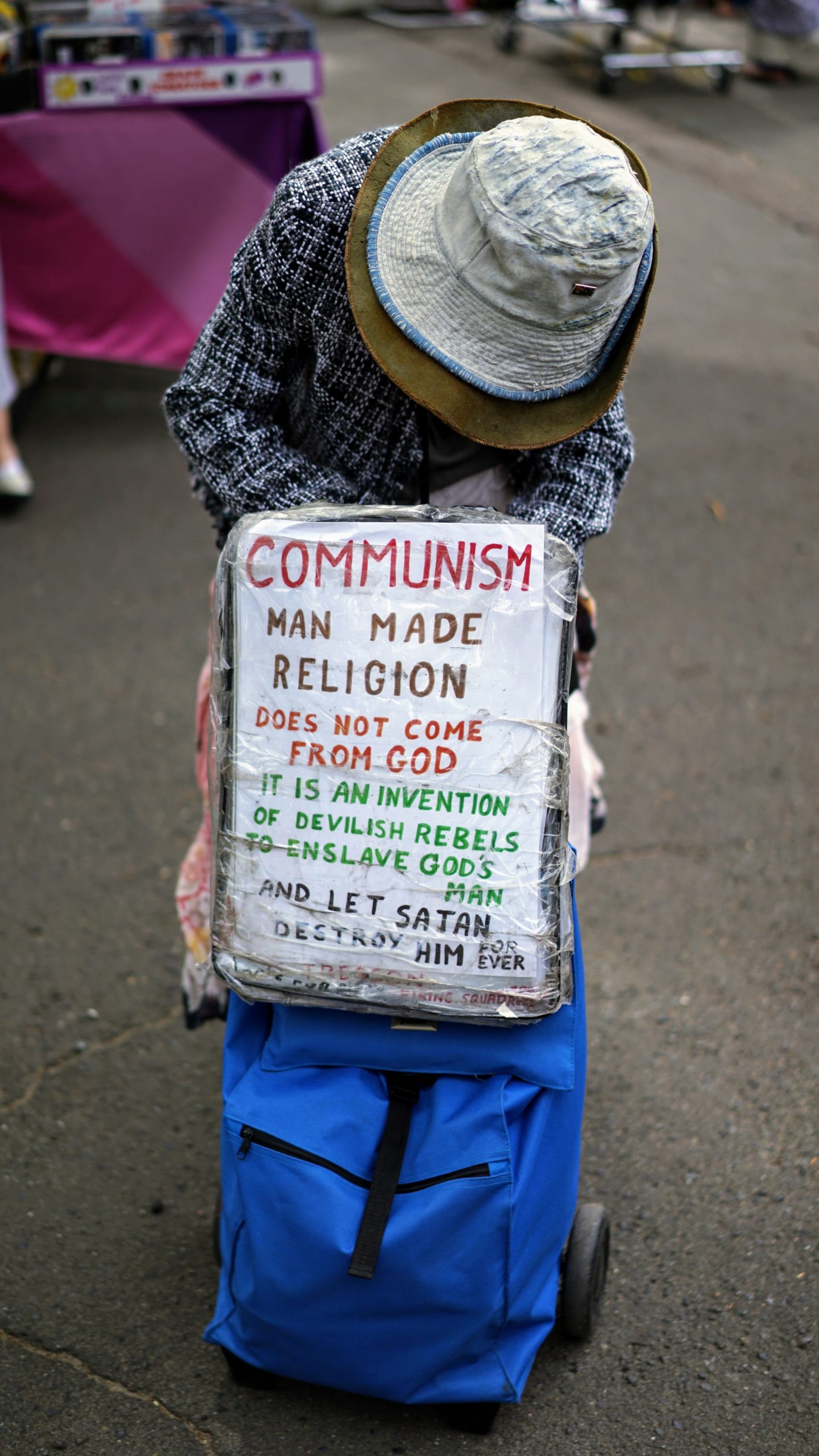 Have you ever sat down to a discussion with someone and an issue related to the family comes up (sex, marriage, children, contraception, abortion, etc.) and, after the tensions rise a bit, it seems as if this person is living in another world?  He may seem reasonable, yet somewhere there is a leap in logic that takes him to a world you’ve never seen.  Well, that’s because he does live in a different world – one designed and imposed in just the last few centuries.  The reason he seems at odds with the most obvious and perennial truths – which you know to be true as you know the sun is hot – is not an accident, but an orchestrated mindset rooted especially in Marxism.  Some people think such talk is just drumming up dead battles like the Cold War, but the reality is that Marxist ideas are extremely prevalent in today’s society – overtly at many colleges.  If we look hard, the ways of life proposed by Marxism have even infiltrated our family, and we need to fight back.

For the Catholic, the family is the cell of society, the divinely instituted community of mother, father, and children, and society is healthy only when the family is healthy.  For the secular Marxist the order of the family is an actual barrier, because the primary “use” of the individual is economic and utilitarian, and the family can get in the way of the individual’s “contribution”. Fredrick Engels (known as the “father of Marxist theory”) can help us to see why.  To Engels the original human unit was the herd, and because of economic necessity, and economics alone, the father is the head of the home, and the mother – the “proletariat” of the household – is in bondage under the economic tyranny of papa.  To return to the original bliss of the herd, the family must be undone.  The first step to reintegrating the herd with each other and breaking up this too-tightly-bound-family-thing is to get the father out of the home and grouped up with his comrades in working for the whole of society, not just one family (i.e. get him off the homestead and into “the workforce”).  But once the father is in the workforce, the mother must soon follow.  Engels explains why:

Then it will be plain that the first condition for the liberation of the wife is to bring the whole female sex back into public industry [Notice he wants to bring them “back” to the primordial goodness of the herd, and not have them self-identify as the “mother” of a family unit.], and that this in turn demands that the characteristic of the monogamous family as the economic unit of society be abolished.

Don’t think we live in a world orchestrated by those who think like Engels?  Here’s his prophecy on how these will play out:

With the transfer of the means of production into common ownership the single family ceases to be the economic unit of society.  Private housekeeping is transformed into a social industry.  The care and education of the children becomes a public affair… This removes all the anxiety about the consequences [“consequences” = pregnancy]… What will certainly disappear are all the features stamped upon marriage through its origin in property relations.  These are, in the first place, the supremacy of the man, and secondly the indissolubility of marriage.  The supremacy of the man in marriage is a simple consequence of his economic supremacy, and with the abolition of the latter will disappear itself.

This is the state we’re in.  We’re increasingly a herd.  Fathers do not have supremacy, the state forms our children, and the economy actually benefits from the breakdowns in our families (two Christmases!).  The home is a place where individuals who are linked by biology alone maybe eat together, but their core identities and realities are “out there”.  Each lives “in his own world”, they don’t live in the world together.

Note that, to Engels, children and being in the home are seen as at odds with the higher calling of “public industry.”  A central tenant of Marxist thought is to remove the child from the home to be formed by and for the state.  A recent issue of Scientific America ran an article on women in the workforce, and “progress” was tallied by how many women left the home to enter the workforce.  In Marxist thinking, there is no value to moms staying home.  They were aghast at the “notion that women are better caregivers” and painted the clear picture that success “means getting more women to enter (and stay in) the workforce.”  The authors even derided Austria because it allotted too long for maternity leave which tends to lead women – gasp! – to staying home with their little consequences instead of returning to work (September2017 issue, “Women’s Work” by Ana L. Revanga and Ana Maria Munoz Boudet).  The issue, of course, also featured copious plugs for abortion, because sometimes consequences just need to be taken care of more directly.

Here are three ways we can do that regarding our family and work visions:

1-    Do not look for “balance”.  I know many people use this word innocently, but a scale is balanced, and a scale measures things that are divided – it pits them, in a way, against each other.  So what’s a better word to describe the “balancing” act we all feel we’re a part of?  Order.  We want to order our lives.  We want them ordered towards God, family, and neighbor first, and anything else must be means to those ends and not ends in themselves.  The rest of this list is part of that ordering, so let’s move on.

2-    Awaken your identities as sons, brothers, and fathers.  It’s amazing how simply opening our eyes to our truest identities can help order our lives.  For example, if you ask many men, “What are you?”  Their first answer is professional, “I am vice-president of an insurance company.”  Wrong.  If you got fired tomorrow, what would you be then?  Not only is this not your true identity, it places your hopes in a temporal reality – in your gut you know you were made for more, for eternity.  What are you?  You are a son.  Marxism begins in what you produce, but God begins with who you are.  Did you ever notice what Jesus calls the paralytic man that was lowered through the roof when he forgave him his sins?  He didn’t call him “paralytic man”, the way the Gospel writer and even most bible editors do.  No, he said, “Son, take courage, your sins are forgiven” (Matt. 9:2, Knox).  You are not your defects.  You are not your profession.  You are a son, and from that grows the brotherhood with your fellow man.  Then, as a mature son and brother, you also are a father, communicating the very love of God.  Be who you are, not what you do.

3-    Examine and adjust.  In the light of this new ordering, examine how your life is lived, how your actions display these inner convictions.  “Integrity” is when what you believe and say you believe matches up to how you live.  Your family is first, huh?  Well give them what they need most, which is not money or even discipline – they need you.  Be there and be present.  Put the damn phone down. Pray for them. Heck, if you are just a dawn to dusk workin’ kind of guy, start a home industry in the garage with your kids.  Sell something at the farmers market.  Buy your daughter a lemon squeezer and let her rake in cash next to you at that market.  The key is to examine how your life is being lived (i.e. what are the actual ways you are spending your time) and then adjust when you realize that there is a dis-ordering of things.  It is disorder that makes us unbalanced, not being unbalanced.  By all means work hard and have magnanimity in all you do, but if you look around and you’re just living life the way our society is at the moment (remember Engle’s prophecy?), then its time to live differently.

balancedivisionfaithfamilyidealsMarxorder
10 26 2017
Back to all articles

Learning Obedience in the Wilderness