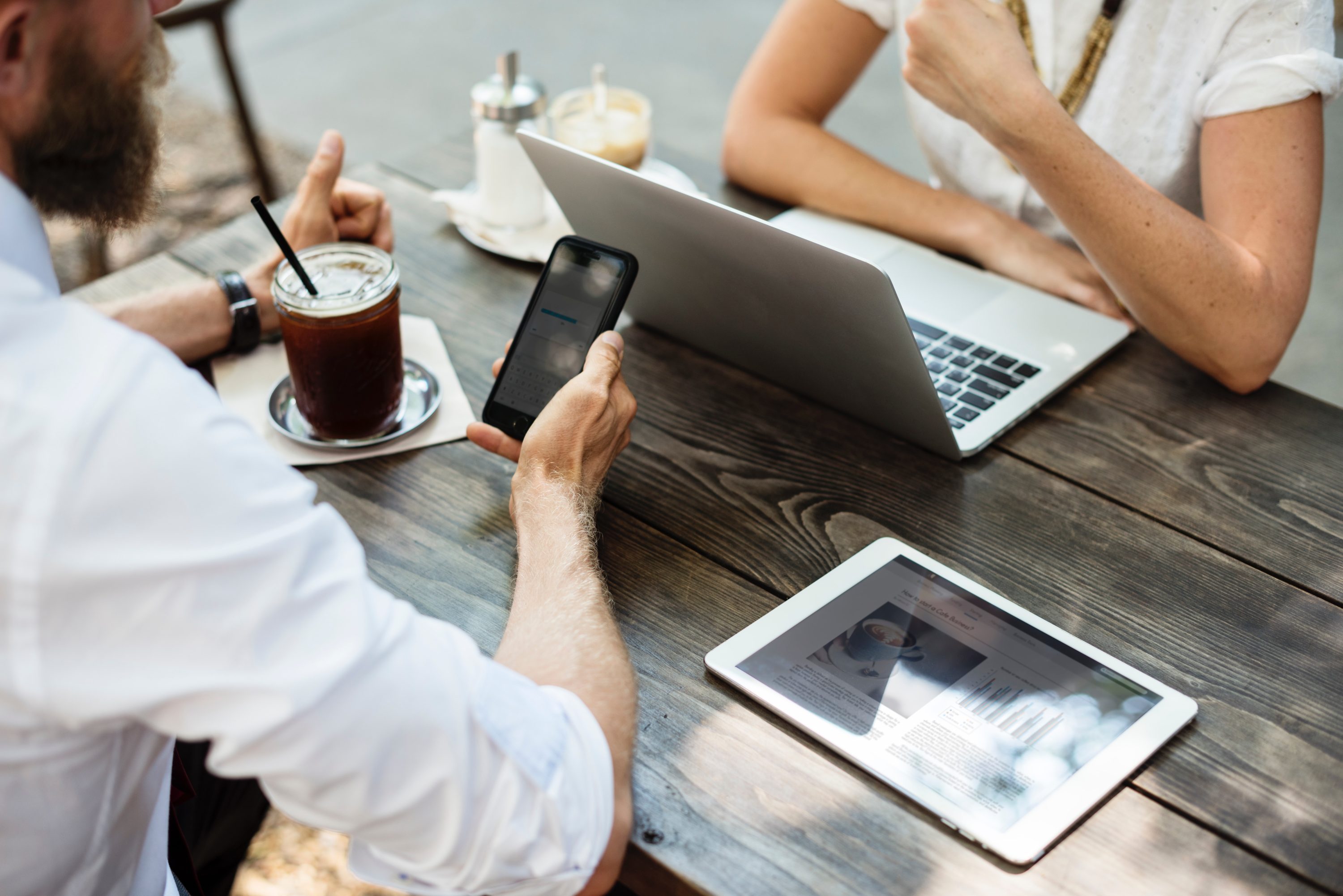 It’s an odd time to be alive.

In 2017 we are connected with each other more than mankind has ever been before. We can communicate more rapidly with more people in more ways than anyone could have possibly imagined 100 years ago.

You know from your own experience that social media is an omnipresent force in modern life. Most of us likely communicate through several forms of social media every day, whether it’s email, text messaging, Facebook, Twitter, Pintrest, LinkedIn, or Snapchat. The largest social media platform, Facebook, counts more than 200 million users in the United States alone.

Yet, with all this communication it seems as though we are in many ways more disconnected. Bullying, depression, anxiety disorders, and suicide in connection with social media use is a real problem, especially among the young who are more susceptible to peer pressure, not to mention the myriad of ways in which people are harassed, demeaned, and ridiculed online in political discussions. A growing contingent of young people are actually cutting back or disconnecting entirely.

The downsides are legion, but there are positives to all this connectivity. For example, chances are if you’re reading this you found it through some sort of online social media network – yes, that includes email (By the way, isn’t it strange how we refer to “social media” as if it is the only form of “social media” and as if humans are only social when we use an online medium?). Old classmates easily connect. Grandparents can see pictures of their grandchildren across the country. All these things – and more – are positive aspects to the connectedness.

Much has been written about social media, its use, its dangers, strategies for managing it effectively and so forth. Lots of great (and not-so-great) suggestions are out there. You don’t need them repeated. But maybe now is the time we should re-evaluate some of our subconscious assumptions about communications and technology.

A basic problem of economics is the scarcity of resources in the face of (theoretically) unlimited wants. Something of limited supply is going to be more “valuable” than something more readily available, so long as demand exists for those things (“valuable” is in quotes because value is not a uniform assumption). Think about the world before the printing press. Printed words were precious, because they were rare. When the printing press was invented words became much more readily available. Same with the invention of the typewriter, then the leap into digital word processors. The amount of written words available for consumption has increased exponentially with each advance in technology, especially the past 25 years. That’s not to say hand-written words were more “valuable” than online or digital words today, or that there is inherently more wisdom in them. But it’s reasonable to think that on the whole more thought, care, and time was put into the words written in the 12th century than today because of the way in which they were shared. Vellum doesn’t exactly have a convenient “backspace” button. And so, when our words become so easy to share, we may write or speak without as much thought and care as we might have if sharing was more of a challenge. To use another crude economic analogy, you know a knock-off product when you see it. It’s cheap, because it’s not real; it’s not authentic. Which brings me to the second truth of communication.

A temptation exists to consider the digital world separately from the “real world.” But that’s not authentic. No distinction should be made between what happens digitally and “IRL” (In Real Life). Archbishop Paul Tighe, the Adjunct-Secretary to the Pontifical Council for Culture (in other words, the Vatican’s social media guru), earlier this year spoke at the SXSW tech conference about the role faith in technology and communications. In an interview with NBC during the conference he said “it’s not a separate world; it’s integrated… I don’t like to make that distinction between ‘real life’ – because it is real!”

How do we fix it? Well, I have one technique that I have started using in my own life with amazing results:

Before you post anything online, speak the words out loud to another human being or share the idea, experience, or concept with another person.

Strike up a conversation first, then share some of your thoughts online. Before you post a picture or a video, live the experience fully. Some research suggests that taking too many photos impairs our memory. There is growing thought that we are actually creating our memories before they happen by setting ourselves up for a perfect Instagram photo, or that great selfie. They may be memories in real life, but are they authentic?

Before you tweet some snarky come-back to Bradley St. Too-Holy-For-You, talk to your wife. Explain the situation and what you want to say. Then see if your snark is as snarky as you think it is. Or if it’s something you feel comfortable saying out loud. If you wouldn’t speak it face-to-face with another person, don’t post it online.

If you’re writing a lengthy blog (like I am here), you don’t need to speak every word out loud. But at least talk to someone about the concept. Run it past your wife, a friend, or an editor.

Awhile ago, I noticed that my wife and I were, in small ways, living our lives separately online. One of us would post something, then later ask if the other had seen it. Or I would see her post something as a complete surprise. So I decided to change the way I approached social media with this simple method. It’s been a dramatic change. We talk and share more. Sometimes that ends up on social media. Sometimes it doesn’t. Instead of sharing on twitter or facebook that article I read, I’ll share it with my wife first. Then we talk about it.

Resist the temptation to live a separate life on two different spheres. Let social media reflect who you are as a person. Choose to be human. Be real. Be authentic. If we all consciously did that, imagine the difference we could make.

How to Enter into Holy Week