Is There a Catholic Back-to-the-Land Movement? 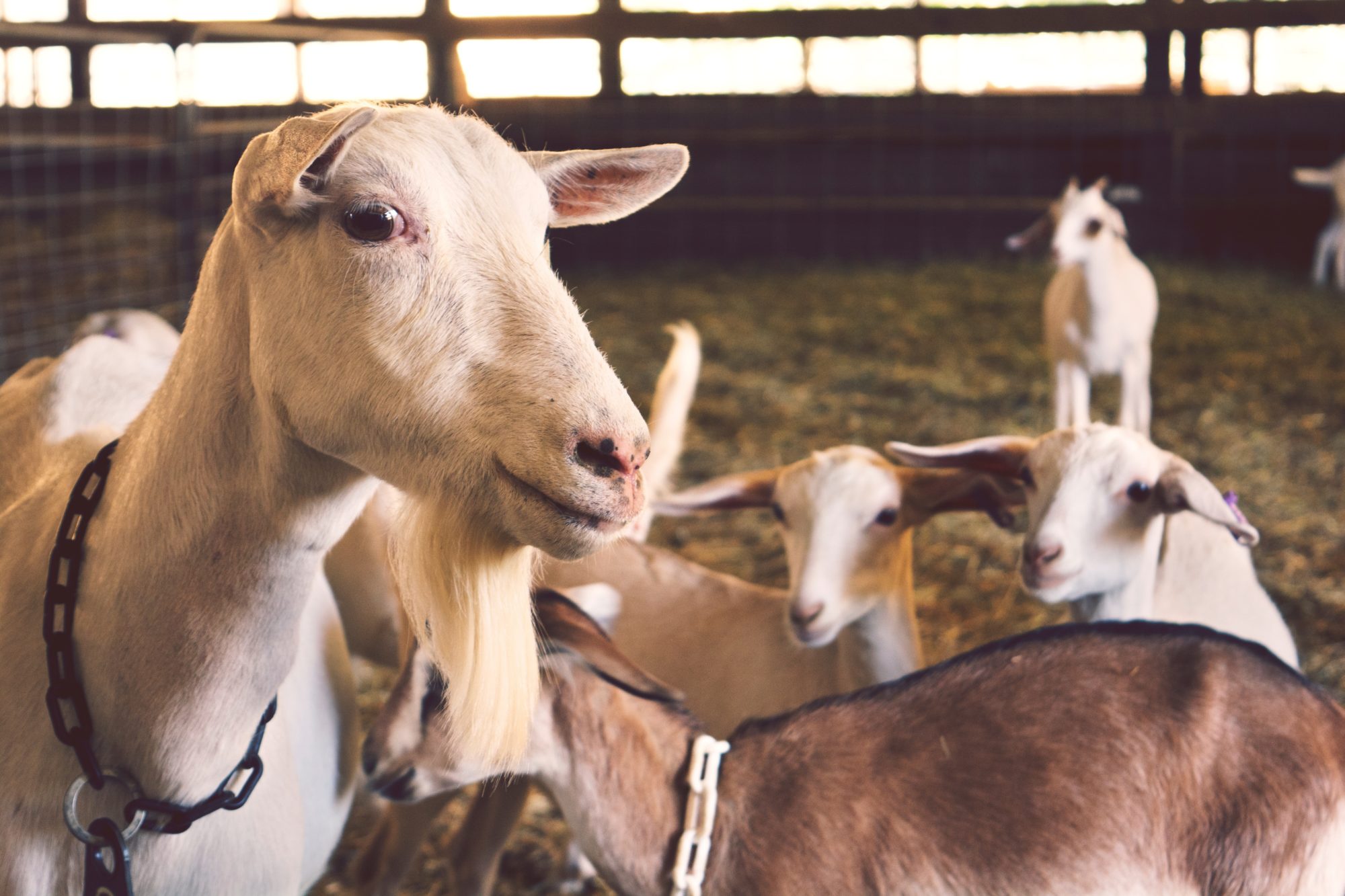 There are many Church-y “efforts” these days.  People see the devastation of this post-whatever era we are in and want to work to recover some sanity, or sanctity, or both.  Even if the results are mixed, there’s a simple and sincere desire to bring the wildly broad love of God to people starving for it. “We all know the way we’ve been living just isn’t working,” Michael Lichens, the editor for Catholic Exchange, said to me recently.  “We need new ways.”

I’ve found myself involved in the idea of the “men’s movement” like Fraternus, Exodus90, and St. Joseph’s Farm.  This last one – the farm thing – is something that, I think, is a reflection into a real movement within the Church.  The farm, an old culture of life, seems a desirable “new way” for many that has a magnetic draw.

“Movements” are hard to define.  Fr. Matthew P. Schneider, after scouring every document he could, sums it up this way:

A lay ecclesial movement is an association of the faithful involving primarily lay people in a new form of communion around a particular charism to build up the Church asking certain commitments of Christian life from its members while separate from diocesan and parish structures.

Pope Benedict XVI seemed to notice a movement to agragian life as a specific response to today’s challenges.  He once said:

More than a few young people have already chosen this path [of farming]; also many professionals are returning to dedicate themselves to the agricultural enterprise, feeling that they are responding not only to a personal and family need, but also to a ‘sign of the times,’ to a concrete sensibility for the ‘common good.’

What is astounding to me is how many men are drawn to the agrarian dream.  For some it’s all out farming and for others it is an insatiable need to get their hands dirty, even if just in a small backyard garden.  They want to feel like work and life and nature are not infinitely pliable life-putty that we mold and play with for our own pleasure, but things of objective goodness and meaning.  The “movement” is not coming from a centralized idea or “strategy”.  There are no clear spokesmen.  There will not be a document from the USCCB.  But it is a strangely intuitive and unorganized drive that many, especially young fathers, feel in their bones.

I came across the idea during my studies at the Augustine Institute. I was studying Catholic culture under Dr. Jared Staudt (of TCM fame) and was introduced to The Catholic Land Movement of England and other agrarian and economic writings.  From there I slipped into a rag-tag crew of millennial farmer wannabees.  I found Kevin Ford’s blog The Catholic Land Movement, and after a couple of years of talking (and after I had visited him and moved to a farm in NC) we changed the site to The New Catholic Land Movement.  We, and a few others, had big dreams of community and training farms, but we also had big families and nothing brings a dream bubble to earth like exploding [cloth] diapers and bills.  And farming is really hard.  My friend Tommy Van Horn started East Hill Honey Company after co-founding Fraternus, and is likely the most successful of those early wannabees.  I’ve only recently (finally) “got real” with my main farm product after almost six years of learning and milking – Once Upon a Cow Micro Dairy.

But older generations have also found their way to the land.  The New Catholic Land Movement seemed like such a secluded idea, but I recently came across a mention of it in a little book by Steve Wood, who is a sort of founding father of the men’s conference thing we see everywhere today.  In the book he expresses that now, looking back, he wished he had continued in the farming he had learned as a boy.  Having worked with fathers for his whole career, he knows there’s no answer for our ills without the family, there’s no family without a strong father, and that today’s society makes it hard to be a strong father.  Steve is now raising sheep in SC.  He’s not the only agrarian convert out there amongst boomer-and-up Catholic authors and speakers.  Marcus Grodi of EWTN and The Coming Home Network has also moved back to the land, and wrote a book about it.  He also mentions The New Catholic Land Movement in there.  That little blog hit a nerve.

I mentioned Dr. Staudt, but there are other Catholic intellectuals that are friends of agrarianism.  Joseph Pearce is another author and friend who, like Staudt, does not (yet) live on the land as much as he’d like, but is sympathetic, complete with functional chickens and, to my eyes, functionless ducks.  His book on economics is an inspiration to me.  I’ve also had a visit from Ryan A. Hanning of the University of Mary, a friend of farmers and a budding one himself.  Christopher Tollefsen of SCU to my south is a friend of agrarians.  Of course there is John Cuddeback of Christendom and his indispensable blog, Bacon from Acorns.  Having raised a lot of pork in the woods, John’s site was an instant winner for me before I read past the name.

Speaking of blogs, Sam Guzman of the Catholic Gentleman has taken an agrarian bend after moving to live near Clear Creek Monastery.  Those Catholic Men regularly features articles dealing with the ideas of a land movement.  I’m sure there are many other blogs with this bent, not including the explicitly farmy ones – feel free to leave them in the comments.

Then there are the schools, and people are seeing more and more that young people, boys especially, benefit greatly from the gritty reality of a farm.  On the other side of Charlotte from me is William Michael, who runs a farm and classical school.  He’s not the only blend of the farm and school.  In the tradition of John Senior there’s a new farm-based boarding school in Kansas.  The headmaster of St. Thomas More Academy in Raleigh has moved to a farm.  Students from Canongate Catholic High School come to my farm for classes regularly too, and this year it’s an official part of the schedule and not just an occasional field day.

Perhaps the “signs of the times” and the “common good” are the motivating factors, as Benedict said.  I’m happy to see it.  I went to my neighbors the other day because my tractor broke and I needed to cut one of my pastures (I want the clippings on the ground before the lime so the worms get a kickstart for the fall flush of grass).  As we talked his kids and mine played with his various farm animals – Booger the donkey is the favorite.  Don’t judge him by the donkey’s name.  His place is a delightful mess of kittens, pigweed, and almost-running old trucks.  They’re plagued by modern challenges too, but are clinging to an old way of life.

I asked him for help cutting the pasture, and I offered to pay.  “Neighbors don’t charge for things like that,” he said.  “These kids [of yours] are the next farmers around here.  We’ll get you taken care of.”  The whole scene was refreshing in today’s atomized and consumerist culture.  He voiced tradition, belonging, economic sanity, generational connectivity, and the love of neighbor in those few words.  “The best men devote themselves to pigs and babies and things like that,” affirmed G.K. Chesterton.

The farming thrust is not just reactionary or idealistic, but a concrete and good answer to life’s contemporary strains.  We aren’t hunkering down – we’re living.  It’s also not a shirking of evangelical mission – people in the country have souls too.  We need new ways to live, and sometimes the old ones fit the bill.  I’ve used the term “back” to refer to going “back to the land”.  Let’s not forget our experiment away from it is a short one – widespread in just the last century.  Even if less of us are farming, we still need the land at least 3 times a day.  I think those of us living closer to it simply think that it has more to offer than meals.

I say all of this to primarily offer encouragement.  If you’ve considered the need for something different, something a bit earthier, you’re in good company.  If a big move isn’t in the future, drop me a line at St. Joseph’s Farm and we can set up a weekend on the farm for you and your friends.  Everyone needs some honest sweat and dirty hands every now and then.  Maybe you’ll be one of those crazies out there awed by soil, animals, and seasons.  There’s worse ways to be crazy.