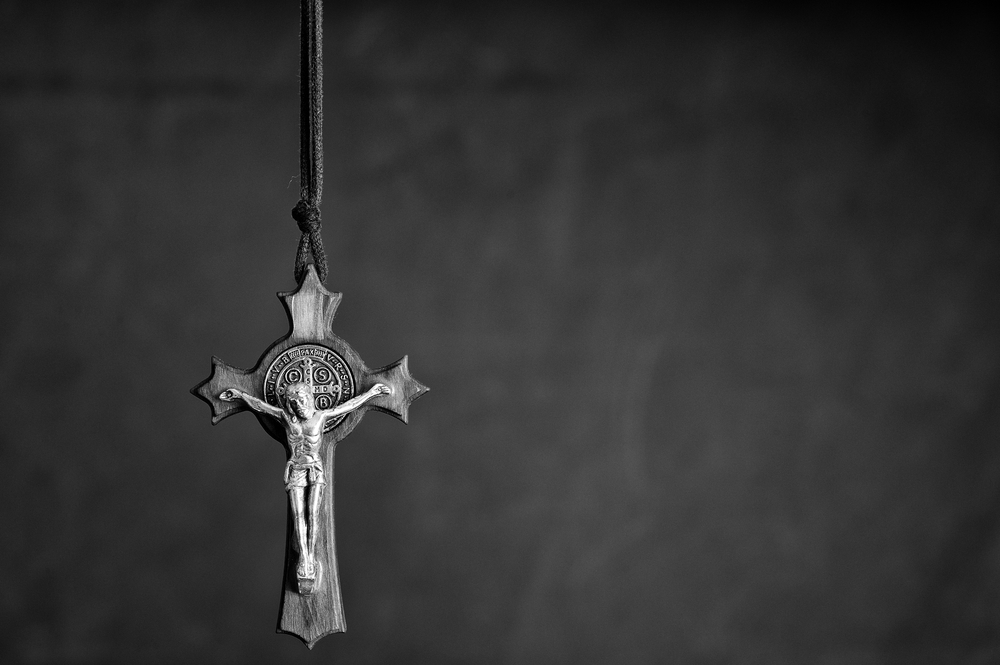 Before arriving at the most exciting part of exorcism (theology) let’s do some comparison of world religions (philosophy.)  A couple sentences should be enough for us to understand the differing views of good and evil.  In Eastern religions, like Taoism, evil and good are co-equal forces that balance each other in order to keep the universe in tension:  black/white, good/evil, earth/sky, woman/man, etc.  However, in Judaism and Christianity, evil is only the deprivation of good, just as darkness is the lack of light.

This does not mean that in Christian philosophy  evil is simply an impotent, amorphous blob of social disarray.  Rather, evil can be manifested on earth in dramatic, personalized forces of beastly intelligence with characteristics as different as human cleverness or human foibles.  These are real-live demons who are beings of total corruption, through and through.  They were originally created good by God, but since their fall, they now try to entice men and women to join the rebellion.  Sometimes demons literally possess people.  Usually this happens after patterns of serious sin or occult involvement, but there are exceptions.

Hollywood gets this wrong.  Do people actually walk up walls and display preternatural strength and speak in languages they never learned?  Yes.  This is not what is wrong. See if you can pick up the pattern I noticed in these modern movies about the Catholic Church’s fight against the devil:

–The Exorcist, 1974, A terrified priest is killed by a demon.

–The Rite, 2011: A priest played by Anthony Hopkins gets possessed.

–The Evil Within, 2014.  Two rogue exorcists run into trouble, but the show-stopper of this movie is the cover on Netflix or Amazon movies, displaying a horrifying image of a possessed nun. “No soul is safe,” it reads below her.

Notice that in these movies, the priests and nuns are either possessed or killed.  Thus, the battle is a stalemate between Christ and the devil.  A stalemate between God and Satan?  Who do you think inspired this?  Could it be….hmmmm….Satan?

I know that the greatest trick the devil played on the world was to convince it that he doesn’t exist (a great line from The Usual Suspects).  But if he can’t pull this off, the devil’s second greatest trick is to act like it’s a fair fight between him and Jesus Christ.  In reality, the devil’s not even a match for the woman (Genesis 3:15) much less his Creator who knows his next move before he does.

So back to the movies:  Why do all these movies have priests thrown down stairs or a nun possessed?  Because Satan wants us to believe he has real power over Christ’s ambassadors (priests) and thus some type of power over Christ Himself.

In the name of Jesus Christ, Satan has no final power over the Catholic Church or her priests.  It is true that Satan can deceive members of the Church up to the highest ranks in order to cause doctrinal and moral dust storms, in which he can snatch away thousands of souls.  This is true.  I fear many souls may be lost because of bad leadership, poor teaching, and charity growing cold.  But the eternal truth does not change:  Satan was declawed for believers by Jesus Christ’s victorious ascending of the Holy Cross for anyone who will take up his own cross for a mere 70 years, or 80 for those who are strong.  Humanity’s total freedom from demons, death, and disease was accomplished at the Resurrection, thus offering (through faith and the sacraments) the gift of immortality in both soul and body to anyone willing to carry his smaller cross after Jesus Christ.

The movies today portray priests as men with great moral failings.  It is true that exorcists can sin, and they can sin gravely.  But like any Christian who remains in sanctifying grace, the chance of possession is infinitesimally small.  Besides the power of the indwelling of the Holy Spirit given to everyone at their baptism, there’s a second reality:  Exorcists are normally chosen among the most humble of men, meaning they are the most powerful of men. God shines through them.  Darkness tries to hide, as the song says.  This is what happens in exorcisms.

I’m not saying every exorcism is successful, but for history buffs, let me just ask this: Have you ever heard of an early Roman Christian being possessed?  Of course not.  At least, not after their first and only baptism that they prepared so much for with prayer and fasting.  In these stages, they were instructed by those fiery Catholic priests on how to love Jesus Christ and how never to capitulate in the carrying of the crosses.  And thus, both priests and laity were fully invincible from the power of the devil.  St. John Vianney described the devil as a dog on a chain that has no power unless you go near it by sin.

À la Taoism, quite inadvertently, these exorcist movies usually portray a screaming priest who is shooting wildly his best but semi-futile prayers against an overwhelming enemy.  Without union with God, yes, the priest would be possessed.  But I have the numbers of three or four exorcists in my phone, and I can say that these are the men with the greatest senses of humor that I know.  It’s simple: They know Jesus won the war against death—signed, sealed and delivered forever, making Satan fully impotent for those who stay close to Christ.  We only have the clean-up battles—battles which are really quite easy if we stay in a state of grace like the early Christians.  (As a side note, it hit me that diabolical possession is when evil possesses the body.  Mortal sin is when evil possesses the soul.  Which one is worse?)

Taoism teaches that evil versus good is an equal-odds battle, a zero-sum game.  Catholicism, by contrast, teaches that “the darkness has not overcome the light” (John 1:5).  It’s not even in the nature of evil to have power over goodness, nor of darkness to have power over light.  When you flip on a light switch, the darkness disappears immediately.  That is the nature and power of light.  The forces of darkness tremble at the sight of the Light of the World shining through a saint.  Union with the One, True God leads to neither sin nor possession.  It leads to victory and peace.  Priests don’t get possessed in exorcisms.  Priests don’t get thrown down the stairs in exorcisms.  This is because they are fighting with the power of Jesus Christ, the very One who created Lucifer in the first place.

Hollywood is a font of Satanism and so it stands to reason that their movies give loads of undue credit to their boss. The evil one is presented in film as tantalizing, powerful, and aggressive against the Church, which in turn is often portrayed as bumbling and innocuous against him. The truth is that there is not the least fascinating thing about a being who is totally devoid of good; all his works are hideous, despicable attacks on God and His children. Likewise, Satan knows that the Church of Christ is the only force in this world that can crush him, and his worst fear is to have the words, Exorcizo te in nomine Iesu Christi spoken in his direction.”

demonsexorcismHollywoodpriesthood
10 09 2015
Back to all articles