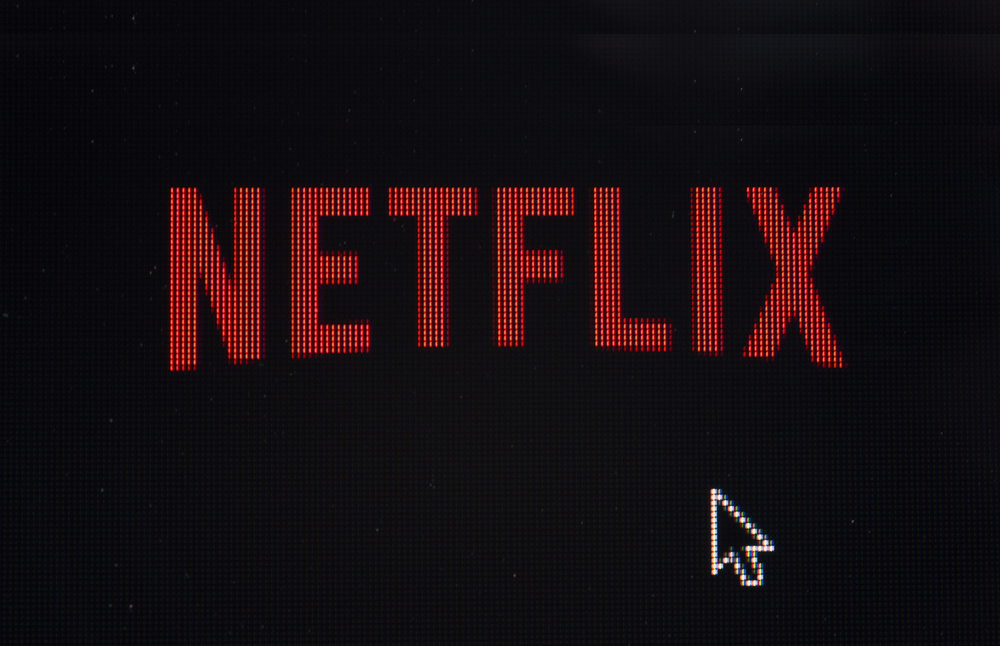 My father has a few sayings that he repeats over and over and over again. “Care-Full” he says, “Not, Care-Less”. Here’s another: “If you want to be a smart man, read The Wall Street Journal.”

I’ve taken him up on the latter. Every morning, I open the breviary to greet my God, and then open the Journal to see what’s unfolding in His world.

A market economy is not sufficient for all questions ailing the dignity of man, we know well from our Catholic Social Teaching. But, whereas many crucify “big business” and “crony capitalism,” especially around election time, I find myself surprisingly inspired by many of the CEOs that appear on those pages day after day. Bezos. Musk. Zuckerburg. Thiel. Cook. Hastings. Quarter after quarter, they expand what’s possible, literally changing the world and how we go about interacting within it.

Here’s one story I admire. Reed Hastings, Co-founder and CEO of Netflix, took the company public in 2002. He would go on to build an unparalleled DVD rental service that perhaps you remember from those distinctive red envelopes. But, five years after going public, Hastings did something unimaginable to onlookers. In 2007, Netflix took their market dominance and “disrupted” it, evolving beyond DVD rental into the digital streaming service we know so well today. At the time, it seemed insane! But, this is what visionaries do. They see tomorrow today and bring the rest of us along the way. You can remember the last time you went to the grocery, but I bet you can’t remember the last time you went to Blockbuster!

In a recent interview at the WSJ Live Conference, Hastings discussed how Netflix is currently investing in original content and seeking to expand into uncharted international markets. There he was asked a question about why certain shows are “greenlighted” for production and others are not. He had this to say:

We’ll collect this year about $8 billion of customers’ money. We say that money’s in trust to create joy. We have to turn that into the most joy possible. We look and we say, for every show, if a show cost $100 million, how much joy, how much viewing did it create? If it costs $50 million or $200 million, of course you want different amounts of joy. So we look at it as how much joy can we create of your money. And if we turn it into joy effectively, then you’re happy and you tell your friends and we grow.

His answer was very well received. In later interviews with other business leaders, Gerard Baker (the Editor-in-Chief of The Wall Street Journal) referred back to Hastings’ comment about “joy investment” to see how other businesses were doing the same.

The problem is that Hastings has it all wrong about joy. Three times over again.

He presumes: a) that joy can be manufactured with dollars spent; b) that joy can be equated with number of views; and c) that joy is equivocal to happiness. But, joy cannot be purchased, it can hardly be measured, and joy is not the same thing as happiness.

C.S. Lewis wrote extensively on the joy phenomenon, which ultimately led to his conversion as documented in Surprised by Joy. Lewis describes joy in a way that I had never heard before, but could entirely relate to.

Joy happens when a) you’ve got a desire that is not met; and b) this longing is more desirable than anything; but c) what you want mysteriously escapes you. In Lewis’ own words, joy is an “unsatisfied desire which is itself more desirable than any other satisfaction.” You’re left surprised and wanting for more. It sneaks up on you and then disappears as life returns to normal.

He describes the experience concretely in a letter that was previously unknown until rediscovery at a secondhand bookstore in 2014. He wrote to a Mrs. Ellis: “It [joy] jumps under one’s ribs and tickles down one’s back and makes one forget meals and keeps one (delightedly) sleepless o’ nights. It shocks one awake when the other [i.e. pleasure] puts one to sleep. My private table is one second of joy is worth 12 hours of pleasure.” Whereas pleasure climaxes and steeply declines into a feeling of death, and happiness leaves us content at peace and at rest, joy leaves us grateful, even humbled, but ultimately in wonder and awe. C.S. Lewis followed the experience of joy all the way to belief in God. In his words: “I gave in, admitted that God was God, knelt and prayed.”

The Visitation is the definitive demonstration of joy. Upon Mary’s arrival to the hill country, Elizabeth states: “And why is this granted to me, that the mother of my Lord should come to me? For behold, when the voice of your greeting came to my ears, the babe in my womb leaped for joy.” And the Blessed Virgin responds: “My soul magnifies the Lord, and my spirit rejoices in God my Savior, for he has regarded the low estate of his handmaiden.”

In 2015, Netflix had 75 million viewers who consumed 42.5 billion hours of video content. That’s 568 hours / viewer / year or 1 hour and 33 minutes / viewer / day. The 2016 data is yet to be hashed. But, from your most recent Netflix binge or that of someone close to you, you know that only rarely is this video consumption ordered within the context of one’s daily regimen. More obvious is the fact that such binge watching does not leave one joyed, but distracted.

Every big business would do well to make space for a Director of Humanity in its C-Suite. This position should be filled by someone familiar with and fascinated by the nature of man and the glory of his composition: body, mind and soul. The necessary educational qualification would be a philosophy degree, which is to say that no previous practical experience is required. However, the job requires the virtue of courage to confront the ideas of the most influential executives in the world with one question. They’re to ask: “[insert CEO’s name], does this [insert product] really fulfill the needs of the human heart?”

We live in a society in which words have been stripped of meaning. Sometimes we use them in ways that don’t make sense. Netflix is entertaining. But, entertainment is one thing. Joy is Another.

And so, attached you will find a one sentence open letter from Those Catholic Men, Inc., a startup non-profit whose future sways in the balance with every charitable micro-donation, to Reed Hastings, Co-founder and CEO of Netflix, valued today (11/16/2016) at market closing at $48.75 billion.

What Beer Can Teach Us