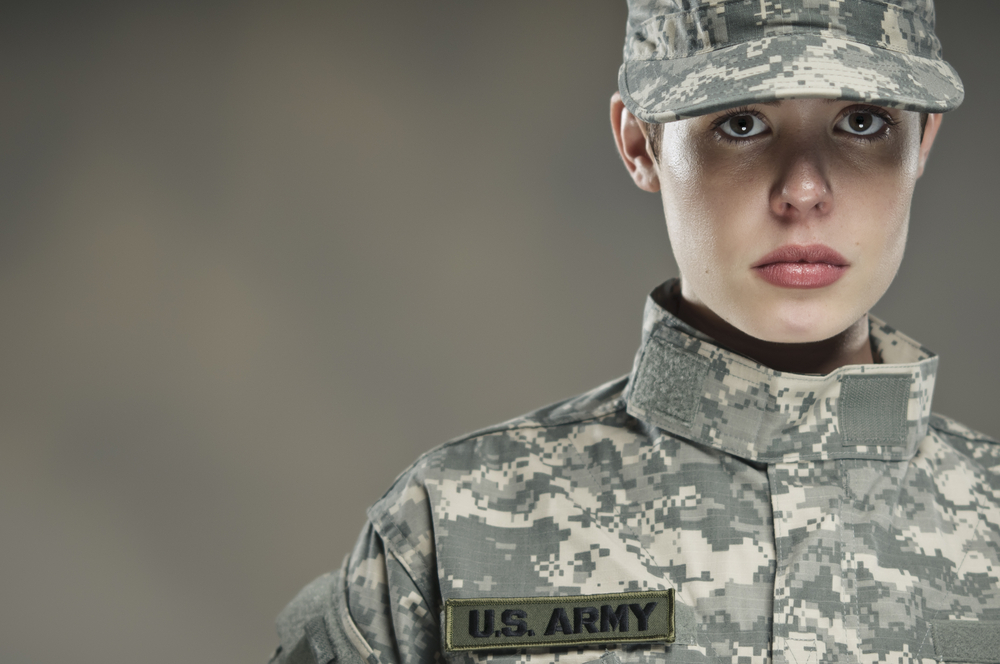 December 3, 2015 ought to be remembered as the date that any remaining vestiges of our country’s collective sense of chivalry died a tragic death. It was on this day that Secretary of Defense Ash Carter announced his decision to require combat positions in every branch of the United States military – including the Marine Corps – be opened to women. Despite being one of the most significant news items in recent memory, if you did not pay close attention to the world affairs during the past few weeks the announcement may have been lost in the commotion of the other issues in the news, such as the presidential campaign, ISIS, refugees and immigration, not to mention gun and racial issues. One more thump in the constant drumbeat of political correctness can easily be overlooked.

Nevertheless, this issue of allowing our young women to directly engage in mortal combat with our nation’s enemies should be a major issue of concern for any man with a woman in his life, for it threatens the very foundation of masculinity and femininity. This new policy is not a triumph for feminism. It is a tragic failure. Pope St. John Paul II’s sagacious apostolic letter Mulieris Dignitatem can help us understand why.

But first, a clarification is necessary. Nothing written here is intended to detract from the courage and patriotism of the women who have already served, are serving, and will serve in combat roles. Nor should what follows be taken as a denunciation of women serving in the military in any capacity. We owe these women a debt of gratitude for their sacrifice. Anyone – male or female – who has volunteered to serve our country deserves our respect and admiration. That being said, we can and should question the philosophy of allowing women into combat and whether or not it’s a good idea.

That being said, the underlying philosophy of Secretary Carter’s decision is that men and women are the same, regardless of any biological, physiological, psychological, or spiritual differences. This is a fundamentally incorrect interpretation of human sexuality, but this is not the first blow to authentic masculinity and femininity. For years, radical feminism has been pushing an agenda which views the differences between the sexes as a conflict; that men are somehow holding women back and that true equality will only be achieved when women can do everything a man does.

John Paul II warns against this mentality. “[E]ven the rightful opposition of women to what is expressed in the biblical words, ‘He shall rule over you’ (Gen 3:16) must not under any condition lead to the ‘masculinization’ of women. In the name of liberation from male ‘domination,’ women must not appropriate to themselves male characteristics contrary to their own feminine ‘originality.’ There is a well-founded fear that if they take this path, women will not ‘reach fulfillment,’ but instead will deform and lose what constitutes their essential richness.” (10)

Contrary to what the progressive feminist ideology would like to have you believe, we know that masculinity and femininity are actually not in conflict. One is not superior and the other inferior. There is no need to glorify one and demean the other. “In the sphere of what is ‘human,’” writes John Paul II “of what is humanly personal – ‘masculinity’ and ‘femininity’ are distinct, yet at the same time they complete and explain each other.” (25)

In a world where political correctness dictates that a man pretending to be a woman is acceptable, that marriage is a mere contract between consenting adults regardless of their sexual identity, that the ability for women to kill their children in the womb is a constitutional right, and that women with enough money only need a needle and a petri dish to get pregnant, we should not be surprised when the complementarity and distinction between the sexes all but disappear, including on the brutal front lines of war. Feminism should be about protecting and promoting the dignity of women. Instead, feminism is a code-word for removing distinctions between men and women.

That lack of distinction is precisely the problem. When it comes to military combat, it’s not that women are not able to fight*, it is that they shouldn’t be fighting at all because they are different than men – different in such a way that they are more deserving of reverence, praise, respect than could ever be demonstrated in armed combat.

John Paul II referred to the “dignity and vocation” of women which finds its “eternal source in the heart of God.” (14) Though he doesn’t mention it directly in the letter, one would assume that John Paul II would consider combat – while terrible in its own right – to be far beneath the dignity and vocation of women particularly. It is this dignity and vocation, he says, which finds its most complete expression in Mary, the Mother of God (5) where “what is personally feminine reaches a new dimension: the dimension of the ‘mighty works of God,’ of which the woman becomes the living subject and an irreplaceable witness.” (16)

Let us then contemplate the image of Mary. It is true that Mary the Immaculate Virgin Mother of God by her fiat – her saying “Yes!” to life – crushed the head of the snake, and in doing so shows us that there is room for a women to engage in combat. Yet, she retains the title Queen of Peace because she does so through the highest virtues of femininity, namely gentleness, love, patience, and selflessness. Mary, by living these peaceful virtues radically for God, became a living example of what it means for a woman to engage in combat with sin itself.

Pope John Paul II explains: “The dignity of every human being and the vocation corresponding to that dignity find their definitive measure in union with God. Mary, the woman of the Bible, is the most complete expression of this dignity and vocation. For no human being, male or female, created in the image and likeness of God, can in any way attain fulfillment apart from this image and likeness.” (5)

Perhaps that is the best way to understand why women in military combat is a poor philosophy: it goes contrary to the “feminine genius” and their true “dignity and vocation.” Women have a vocation to be life-bearers, and not just literally in the form of bearing children, but also simply by giving and receiving love. “When we say that the woman is the one who receives love in order to love in return, this refers not only or above all to the specific spousal relationship of marriage. It means something more universal, based on the very fact of her being a woman…” (29)

If the concept of vocation is measured by being in “union with God” and following His will, then combat – the purpose of which is the intentional destruction of life – is entirely contrary to the life-giving qualities inherent in the “feminine genius.”

War is brutal. The front lines of combat are a disgusting, abhorrent, crude, and destructive place. This may sound very old fashioned or even chauvinistic to a non-Catholic, but it’s not. It’s chivalrous because the simple fact is that combat is no place for women. They deserve so much better. As men, we should protect and uphold the dignity of women, and one very important way we can do that is to raise our daughters to be strong, virtuous, and holy, with Mary as their ultimate role model. Women deserve to be placed on a pedestal, not shoved in a foxhole.

*Some will argue that because women by-and-large are not as strong as men and not physically capable of the same things men, they are thus not physically able to fight. Yes, women are generally not as strong as men, but one need only think of the powerful “mama bear” instinct to know that women can fight if necessary, just perhaps not in the same way. Nevertheless, the point of the article is not about ability, but appropriateness.

This January ThoseCatholicMen.com wants to launch a new project called EXODUS. EXODUS liberates men from many forms of addiction (e.g. pornography, technology, workaholism) so that they may love and serve their God, wives, and children in greater freedom. We need your help to make it happen. Share the link. Make a gift. Set men free:  https://www.gofundme.com/TCMEXODUS.

One Man’s Challenge A Divided Life