Why the Separation of Church & State Is Nonsense 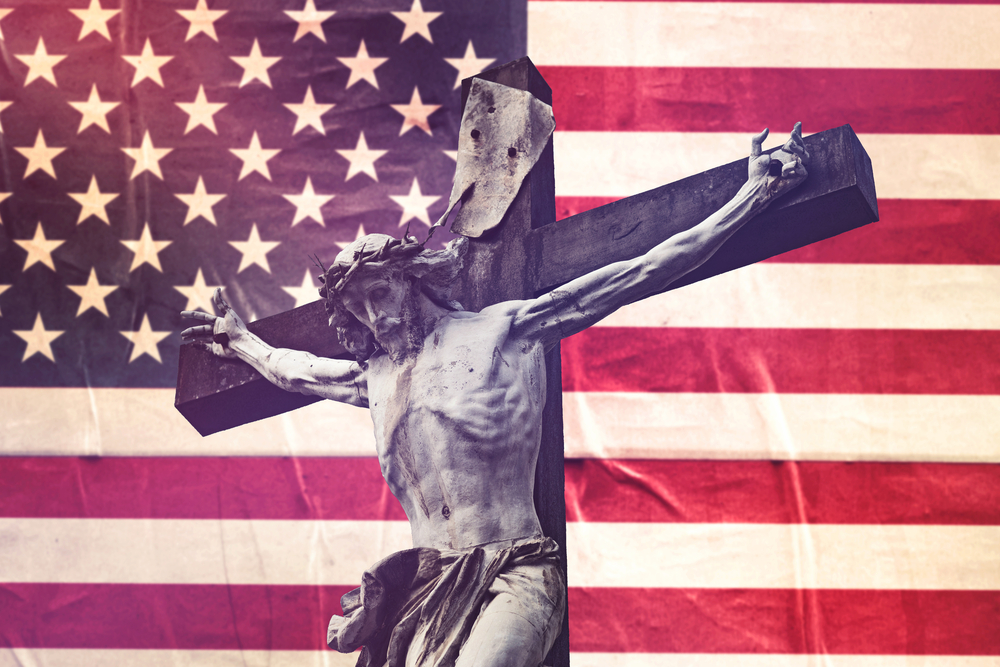 The fifth and final Republican presidential debate of 2015 was not for the casual political observer. Essentially the entirety of the debate focused on issues related to foreign policy, terrorism, immigration, and refugees. These are – rightly so – the primetime issues since the terrorist attacks in Paris and San Bernardino, but the policies, voting history, and terminology discussed were highly detailed and nuanced. In the midst of one answer, Senator Rubio took time to explain for the audience what the “nuclear triad” was (a very savvy move), while he and Senators Paul and Cruz routinely engaged each other over particular votes the others had made, and why those votes were appropriate or inappropriate because of particular language in those bills. At one point, Governor Christie stepped in and wondered aloud if the audience’s eyes were glazed over like his. “This is what it’s like to be on the floor of the United States Senate,” he quipped.

While there were plenty of good points made, explanations given, and noticeable policy differences highlighted, once those nine candidates left the stage after two hours of discussion, bantering, and carefully prepared rhetoric, I was left wondering what to make of it. My immediate thoughts were a mix of confusion, frustration, and agreement. Many of candidates very ably enumerated various social ills that afflict our world and country, and all of them at some point named Islamic terrorism or radical Islam as a major issue to contend with. But some of the policies were complex, or disagreements between candidates seemed like splitting hairs. The old adage “drinking from a firehose” comes to mind. Carly Fiorina even observed that there were “a lot of arguments about laws, but none of it solves the problem.” Furthermore, the whole event seemed a bit like a sporting event replete with candidate introductions, the singing of the national anthem, and participants jockeying for “points” in the polls. Presidential politics truly has become a spectacle… which, in a reality-TV-addicted world, might explain Trump’s popularity.

So, if you’re looking for a detailed policy analysis and fact-checking of the debate, you won’t find that here. Instead, my reflections drifted more to how our faith relates to politics. As I reflected on some of the deeper issues related to the event, a few questions kept repeating themselves: what does this mean for a Catholic man? How can a Catholic man respond to this particular debate, and the whole campaign in general? How should a Catholic man engage in politics in the 21st century? How can we incorporate our faith into our political affiliations and activity?

There is a pervasive theory in modern secularism that church and state are to be completely separate. As a candidate for president, John F. Kennedy, the only Catholic to hold the office, famously declared that he believed in an absolute separation of church and state. Yet, the Catechism of the Catholic Church states: “Submission to legitimate authorities and service of the common good require citizens to fulfill their roles in the life of the political community,” (CCC 2239) and “[i]t is the duty of citizens to work with civil authority for building up society in a spirit of truth, justice, solidarity, and freedom” (CCC 2255). This hardly sounds like an absolute separation.

With this in mind, one question posed to the candidates by a student from the University of Texas stands out: “If the Bible clearly states that we need to embrace those in need and not fear, how can we justify not accepting refugees?”

An interesting question, if for no other reason than this was the only time the Bible was mentioned in the entire debate. But also interesting for it reveals a double-standard in modern thinking. Yes, it is true that throughout the Bible we read stories of immigrants and refugees. There are lessons to be gleaned from these stories. Parables such as the parable of the Good Samaritan are a universal call to care for the poor and needy we encounter. But it is not enough to rely on the generalities of Christian charity when determining national security policy. Nor is it sufficient to claim Christianity as our faith but pick and choose which tenants we like and don’t like. We must stand for the entirety of the Catholic faith – especially we Catholic men – in our social, political, and civil life because Catholicism is meant to be an integral part of our lives, not merely lived within the four walls of the church or the comfort of our homes.

“The Church makes a moral judgment about economic and social matters, ‘when the fundamental rights of the person or the salvation of souls requires it.’ In the moral order, she bears a mission distinct from that of political authorities: the Church is concerned with the temporal aspects of the common good because they are ordered to the sovereign Good, our ultimate End. She strives to inspire right attitudes with respect to earthly goods and in socio-economic relationships.” (CCC 2420)

This is why we speak out on issues of abortion, marriage, and religious freedom, because these are not just political issues, they are bedrock principles – “fundamental rights of the person” – and they tell us something about our values as a society. “Every society’s judgments and conduct reflect a vision of man and his destiny. Without the light the Gospel sheds on God and man, societies easily become totalitarian” (CCC 2257). Our national refugee and immigration policies should reflect Biblical values, but so should our policies on human life, the family, and freedom. The Bible may tell us something about welcoming the stranger, the poor, and the hungry, but Christ also speaks unequivocally about the sanctity of marriage. Yet, the use of scripture in the defense of marriage is mocked. The Bible also says to “make disciples of all nations.” When will we see a governmental policy which reflects that idea?

The challenge for the Catholic man in this (and every) election cycle is to objectively listen to the candidates to understand their positions as much as possible, to contemplate the potential ramifications of those positions, and to act in accordance with our Catholic faith, not only through our vote, but by our donations, our conversations, and our social media posts. By doing so, we can build up society “in a spirit of truth, justice, solidarity, and freedom.”

catechismChurchdebatepoliticsstate
12 19 2015
Back to all articles