Why Laymen and Priests Don’t Relate 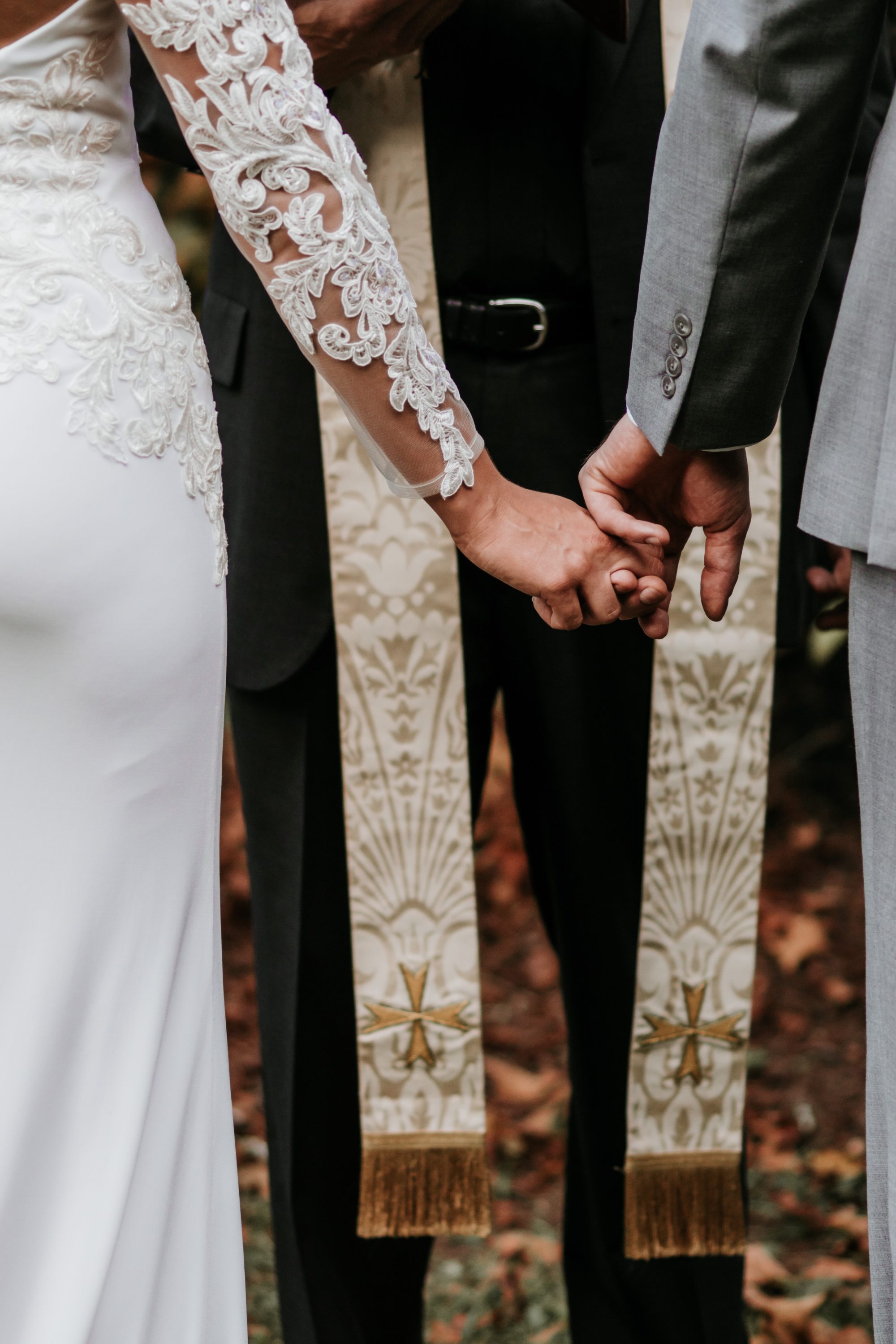 The phenomenon of “men’s groups” is interesting.  Of course, as inherent problem solvers, men seek out reasons to band together for a cause.  In fact, that’s the genius of homo sapien brotherhood according to evolutionary biologists – collaboration amongst potential competitors.  Just consider the achievement of the Knights of Columbus and the impetus for their founding – banning together under priestly leadership to make sure families are taken care of.

But Catholic men are not uniting today for grand and daring crusades.  In fact, despite being accused of being He-Man Woman Hater clubs, most Catholic men’s groups are somewhat benign in what they are actually doing.  I don’t mean “benign” as in useless or fruitless.  What I mean is that they are rarely as hard-hitting as the marketing appears, or even mildly controversial.  They are just what they are – groups of men trying to live their faith and be better men.  Not exactly the gunpowder plot.

They do, however, reveal a problem.

While I would agree that there need not be lengthy explanations for basic brotherhood, the problem these groups do reveal is that men have to find alternatives to normative church life.  I have been extremely blessed to have real and challenging brotherhood and decent Catholic formation from spiritual and intellectual mentors.  So, when I go to some of the popular men’s groups (TMIY, Men of St. Joseph, etc.), I almost say, “This is it?”  I’m not putting them down, but when I am sitting there it is hard to grasp that these men, usually baby boomers or older, have gone nearly half a century without really being catechized or brought into meaningful friendships with Catholic men.  That’s what they really need.  They are metaphysically and catechetically starving and lonely, and these very simple groups are answering their cry for help and belonging.  Sites like this one and The Catholic Gentleman reveal the same hunger in younger men as well.

If these groups are “alternatives”, why is the average ecclesial ecosystem so uninhabitable to men?  Why is “getting men involved” such a challenge for most parishes?  And if my anecdotal observations seem off, in a survey conducted by The New Emangelization reports that 9 out of 10 men think the clergy need to do more to reach men.  In other words, they are not reaching men and the men’s groups appear to be a sort of self-medication.

The good thing is that laymen still trust and respect their priests intuitively (the survey above also shows men are eager and waiting to be led by their priests), but I think recognizing the disconnect can help bring more fruitfulness, especially because men are so powerful in their fatherhood in passing on the Faith.  I think it is particularly important because there is a presumption that because our clergy are men that they understand and speak to the average laymen.  I can assure you this is not the norm.  In all of this I am generalizing and your experience (like mine) will include exceptions to these generalities, but we’re looking honestly at the broader situation.

I know there are many factors, but I think there three primary reasons for the disconnect between clergy and laymen.

The first reason is a simple matter of numbers and influence.  On the ground level, the Church is ran by celibate men and professional “ministry people”, 85% of whom are women, and almost all of them navigate and work in the “ecosystem” I am describing.  The sheer fact that working fathers are not a major part of this environment has an effect.   When I was an Evangelical Protestant, people would often say “we tend to evangelize ourselves in others.”  This means that your own experience, environment, and desires dictate how you approach the people you hope to evangelize or catechize, or it dictates whom you don’t reach.  Because so few working laymen are a part of the catechetical infrastructure in this country, what comes from it is “from and to” the people that enact it.  And the shear culture of, say, a parish or diocesan office is affected by its atypical makeup.  I’ve sat through hours of parish and diocesan meetings.  I’ve also sat through hours of meetings with average men.  Those two worlds are just that – two different worlds.

For the priests and lay workers in leadership, their outlook and mode of working was shaped largely from their time in the seminary or theological school.  These institutions often share, at least in part, the culture of other higher education, which, as we know, can be tense with political clashes and blighted by bureaucratic nonsense and ideological infighting.  And, higher education is an increasingly female-dominated world that is vocally and obviously against men.  After being ordained, a priest may continue the the means and culture of running an educational institution (what else does he know?): hiring and firing is based in ideologies, politicking, and the flavor of the institution and its inevitably transient leadership.  Whether you are close to or far from the “leadership” of higher education, your impulse is probably right: it ain’t leadership.  If you’ve ever worked with “late vocations” – men that had a lay career before entering the seminary – their approach to things will be obviously different.  I think the grit and wisdom they learned has great value, because if you go from school to school to school to seminary, and then to parish, there’s a strain of human formation that may be lacking and cannot be simulated in lectures and classrooms.

The economic world a priest faces and the economic world a layman faces are very different.  While I loath the reduction of men to homo economicus, it nonetheless a fact of life that for the laymen money is a constant source of strain and worry.  Its easy to claim otherwise or speak a Hallmark-y “let go and let God”, but a man who acts poorly with his work or his money or both gets pegged as less than a man, because the results of his bad decision or lack of work ethic shows itself in the condition of his family.  And, as St. Paul says, he who does not provide for his family is worse than an unbeliever (1 Tim 5:8).  His worry, in other words, is often the reality of his lot – the “sweat of his brow” that is a part of life.

How does this divide them from the clergy?  The first reason is that it appears to laymen that poor leadership from the Church (which I define simply as modes of leading that lead to less Catholics and not more) can carry on without having to really face the music they way he does.  If a layman fails in his role, he can lose job, home, and even his family if the stress of poverty works its dark magic.  If a priest empties a parish he will still have a place to live, stipend, insurance, retirement fund, and steady streams of free meals.  Sometimes people give them cars.  I’m not against these things – I contribute money to making sure they are there – but the drastic difference can cause disconnect.

(Priests need to have temporal needs cared for so they can care for the spiritual needs of the world.  Yet, not having to face such realities makes it hard to speak to a man who does.  St. Paul actually spends copious amounts of time in the New Testament describing how he “gets” the economic realities of those he serves – he works alongside them and seeks to “not be a burden” (1 Thess. 2:9), yet he still calls them to generously fund the missionary activity of the Church (1 Cor. 11 contains a lengthy and even tense description of some of his money drama).  In his words he has a refreshing awareness of economic realities while maintaining the call for the laity to be generous in supporting the higher economy of salvation.)

The second place the different economics clash is when Church institutions try to hire or work with laymen.   In my early twenties I quit a good paying job to join the ranks of “professional Christians” (as a friend called us) at a parish.  I was genuinely zealous and had a knack for reaching young people, so I accepted a job at poverty pay (I was told this was generous because the Church believed in “living wage”, which I guess meant not homeless).  One of the men on the committee that hired me said, “This is great, but it won’t last when you start having kids.”  It was true.  A kid came and I was crippled by the offensive salary.  I have actually stayed in the full time apostolic world, and I can say that the challenge remains.  (If you’re considering “Church work”, make sure to read Jared Staudt’s article on TCM: Do I Need to Work for the Church to Serve God?).  I’ve listened to priest be critical of laymen seeking greater compensation for work alongside and within the Church, as if they’re “in it for the money”, but the reality is that a workman deserves his wage and the wage of a father who does not have most of his expenses covered will be substantial higher than one who does.

What to do?  These reasons for disconnect are not reasons for divide.  I hope this is received as more than an exercise in criticism, because I think it’s important that we consider the Church’s organizational ecosystem and consider the way men are (or are not) a part of it.   And laymen ought to let this article go both ways – we don’t know the strains and sacrifice of a life consecrated completely to obedience and service.  If you’ve never sent a thank you note (not an email) to a priest, then don’t go shoving this article in his face.  As my father always said, everyone else’s job always looks easier to everyone else.  I would add that in my experience everyone feels undervalued, and it’s probably because they are.  But, as we experience the strain of the priest shortage, there is great opportunity for fathers of families to help fathers of the parish, and finding appropriate means is important.  It wont happen the way things are now.

For that, the simplest idea is for fathers to be fathers, to find out the real needs and challenge of the children or flock in their care, and to work within truth and reality to make sure they flourish as sons and daughters of God.  Perhaps, then, buying your priest a beer could be a first step – just spending some time together as fathers.  Better yet, maybe the priest can buy the beer.

beerfatherfatherhoodgroupslaylaymenmenpeoplepriestsrelaterelationshiptimewomen
10 09 2017
Back to all articles