Why Catholic Worship Appeals to Men 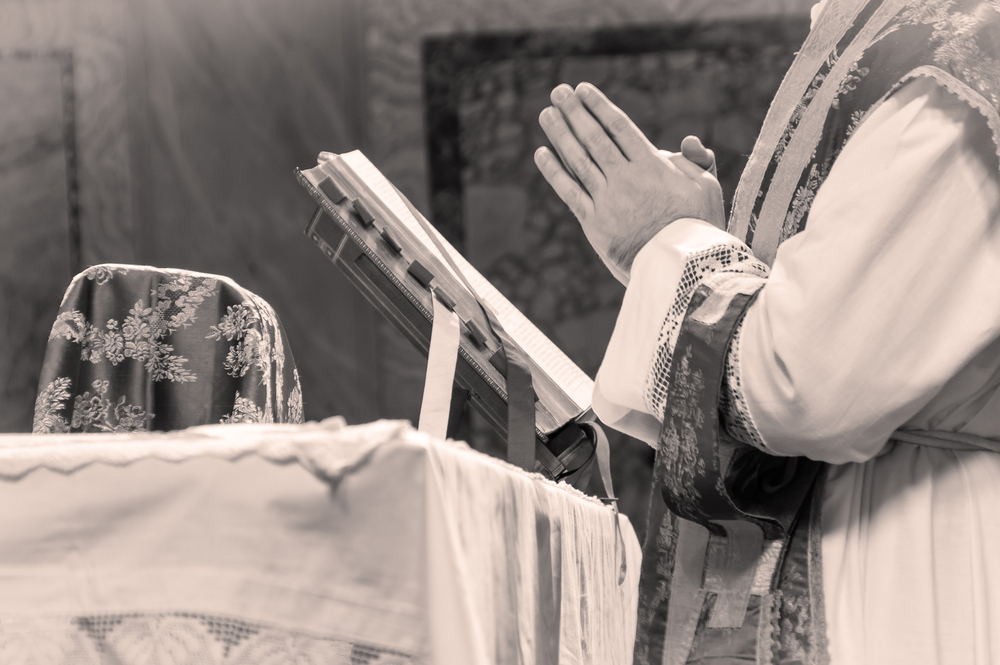 Some men of the parish wanted to make a retreat before Lent, so I suggested we head to the hills for a Benedictine experience. We rented a cabin at a retreat center in the mountains, and I packed the car with all the clobber we needed for Catholic worship. Once there I set up an altar with crucifix and candles, placed a statue of the Blessed Virgin on a pedestal by the side and set twenty chairs in rows facing each other. We were going to do our best to recreate the atmosphere and schedule of a Benedictine monastery for forty eight hours.

Spending the weekend with other men on retreat got me thinking about why Catholicism continues to have an appeal for men that other religions lack. I’m convinced that the answer is liturgy. To understand why, we have to remember how men’s brains are wired.

To put it simply, “Women are better at relationships and making connections between their perception of reality, people, and emotions.” Men compartmentalize their experience. Therefore men’s feelings are more likely to be disconnected from their perception of reality. This is why when a guy’s wife or girlfriends says, “Talk to me honey. What do you feel about this?” she is likely to get a blank stare, a shrug of the shoulders and the reply, “I don’t know. Just tell me what you want me to do.”

Because of the common disconnect from our emotions, men sometimes seem uncaring or unsympathetic, but it also means we are able to take on tasks without our emotions interfering. A friend explained, “That’s why the man who has to provide food for his family can go out and shoot a deer, while the woman might cry for poor Bambi whose mother was killed. This “just the facts ma’am” objectivity is what makes the Catholic religion more attractive to men than other forms of worship.

This is because Catholic worship is liturgical. On our retreat the men were given a monastic schedule of prayer. We recited Vespers at six in the evening and Compline at nine. We got up for Lauds at six in the morning and said Terce at nine, Sext at twelve and None at three. The chairs were in straight lines. The prayers were established. The rules were observed and discipline expected. The discipline of schedules, calendars, and the orderly objectivity of the liturgy—“Just say the black and do the red” appeals to the way men are wired in a way that more free-wheeling, emotional, and subjective worship does not.

This is why the feminization of the liturgy is so unattractive to men. When well-meaning liturgists and priests feel they have to make everything in the liturgy emotionally relevant and “meaningful” to everyone, many men switch off. When Father Fabulous insists on being emotionally entertaining in the liturgy he is likely to please the women while the fellas roll their eyes. When Sister Sandals develops new age liturgies that attempt to connect with our emotions, or when Pastor Hipster tries to push the emotional hot buttons with his sermon, most men are not only ready to switch off, they’re ready to head for the door.

Traditional Catholic worship, on the other hand, is by the book and objective. Men perceive it as being dependable and rock solid—not emotional, subjective, and flighty. Does that mean that a man’s emotions are completely disengaged in Catholic worship? Not at all, it’s just that certain more masculine feelings are likely to be engaged through the objectivity, reliability, and established routine of Catholic worship.

In Catholic worship a man is more likely to experience the emotions of loyalty and nobility that come with commitment to a set and objective form of worship. Within traditional Catholic worship a man is more likely to experience strong emotions of love and admiration for a religion that has withstood the tests of time and persecution. With the high expectations of Catholic liturgy, orthodoxy and morality, a man is more likely to feel the emotions of solidarity with his brothers and determination to persevere in the face of hardship. The objectivity of the liturgy along with the traditional accouterments of Catholic worship help men access the proper apprehension of timeless beauty, truth, and goodness. In this way his heart opens in awe and wonder at the goodness of God and the richness of the Catholic faith.

Too often worship has become the domain of the women because the men have not gotten involved. It is important therefore, for Catholic lay men to serve not only as ushers at Mass, but help serve at the altar, train altar boys, sing in the choir, serve as lectors and extraordinary ministers of holy communion, help with the building and maintenance of their church, and for those who are able, to consider God’s call to the priesthood, diaconate, or religious life.

Catholic worship is, by design, the most attractive form of worship for men, but it can only thrive if men decide to be proactive, roll up their sleeves, and share the work of the people of God—which is worship.

In 2006 Dwight returned with his family to the United States and was ordained as a Catholic priest under the Pastoral Provision—a system through which married former Protestant ministers may receive a dispensation from the vow of celibacy in order to be ordained as Catholic priests. He is the parish priest of Our Lady of the Rosary church in Greenville, South Carolina. Visit his website and browse his books at dwightlongenecker.com.
beautyliturgymasculinityorder
03 02 2016
Back to all articles

We Love Because He First Loved Us