When Is War Just? 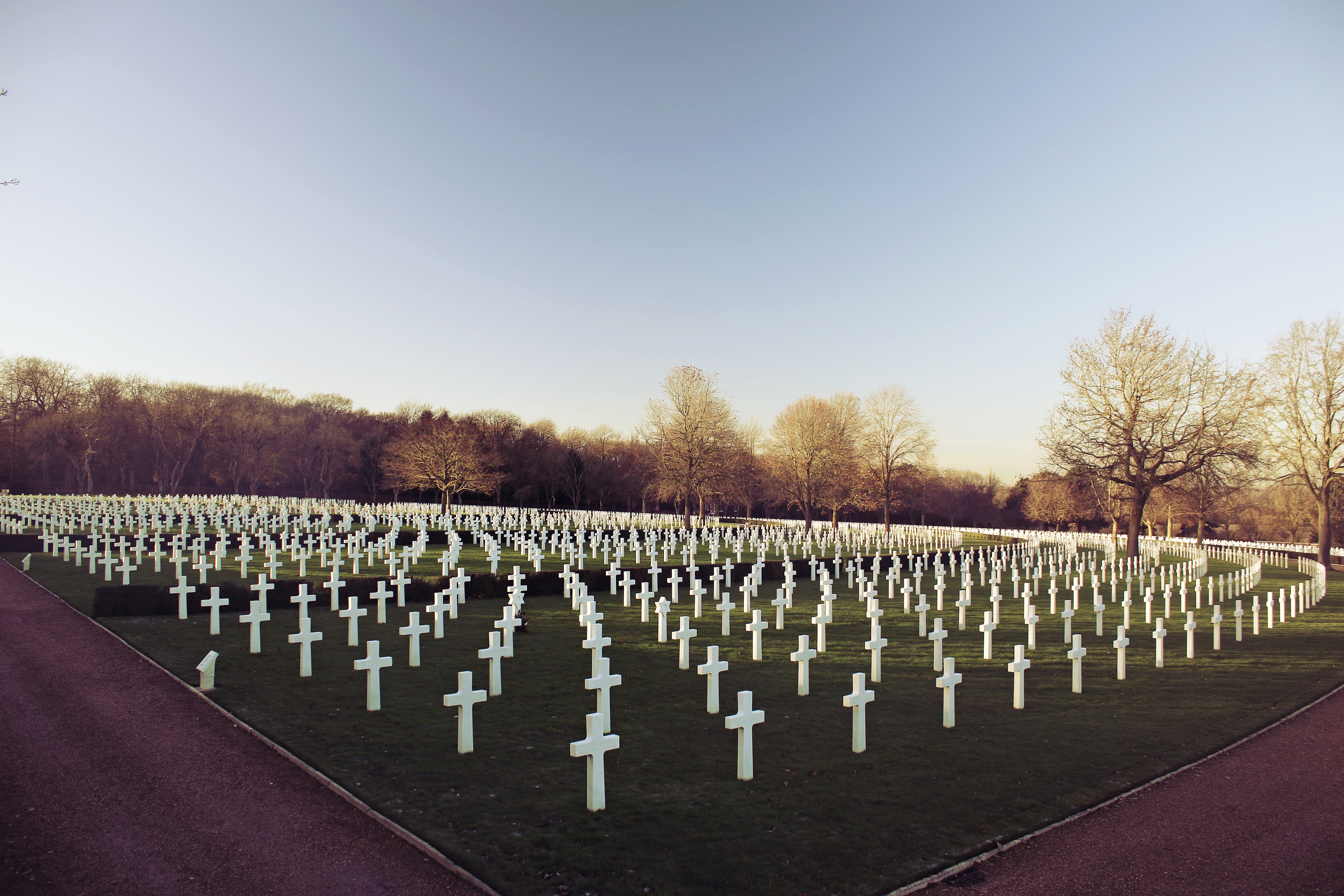 In this final installment of our meditations regarding the relationship between Christians and the employment of just force, I want to focus on the teachings of the Church and on her approach to war.  It is of cardinal importance that Catholics understand these teachings and are able to present them to the world with coherence and clarity.

It was Saint Augustine (354-430), in his monumental City of God, who first laid out the Catholic position regarding what has come to be known as “Just War.”  He recognized that in a world afflicted by original sin, and even among regenerated Christians, war was inevitable.  It will continue until the final consummation of the “vision of peace” at the end of time.  There was no question then of the possible abolition of war, for people were too sinful, and the devil still too active to prevent his operation in the world.  The Christian would be confronted with war.  Given this situation, how was he to act?

The morality of war is rooted in the axiomatic natural law of self-preservation.  Every living thing seeks its own preservation of life, and so it is built into human nature that we have a right to life, and a concomitant duty never to take anyone else’s life unjustly.  This right applies to communities as well, from families to nations.  Every legitimate society has the intrinsic right to self defense.  Therefore the Catholic doctrine of war is rooted in defense.  An offensive war is never justified by Catholic or natural law principles.  An individual has a right to proportionate self-defense (though it may be morally more praiseworthy to “turn the other cheek”).  A society has likewise a right to proportionate self-defense, but it does not have the opportunity to “turn the other cheek.”  It must act so as to preserve its existence for the sake of the innocent lives it serves to protect.

Given this right to self-defense, the society must have fulfilled several other obligations before it can enter into war.  The aggressor must have the capability and intention of either destroying or doing serious lasting harm to the community in question.  All recourse to possible peaceful outcomes must have been tried.  A society must have good hope of repelling the aggressor (this avoids the possibility of pointless social suicide).  The repelling of the aggressor must use proportionate force, and must not cause greater evils than those which are eliminated (These doctrines are covered in the Catechism, paragraph 2309).

The Church did not rest simply with the permission to engage in a just war though.  She continued to meditate on the proper means for engaging in such a conflict.  Indeed during the middle ages it came to be a commonplace that Christians should in no way fight against one another, for to slay a fellow Christian was likened to shedding the blood of Christ himself.  Throughout the 10th and 11th centuries, the Church extended its supervision to enforcing amity between Christians, culminating in the movements entitled the Peace of God and the Truce of God.  It was during this period that the final line of the Agnus Dei was changed to “Lamb of God, grant us peace.”

The Church, waxing in its authority during this time, began to prescribe regulations for the moral conduct of war.  Following Augustine, like a wise mother, she knew that warfare could not be excised from human hearts in this fallen world.  She therefore began to prescribe regulations to make it humane as possible.  To this end the Church developed the code of Chivalry.  This did not begin as regulations for the proper relations between the sexes, but rather as the moral code for a warrior aristocracy.  Foremost was a call to those who had responsibility for governing and war making that their power came with grave obligations: to protect those who were placed under their care.  The Church commanded the powerful to use their swords in the protection of the weak, such as the clergy who were forbidden to fight, the poor peasants who were exempted from war, and orphans, widows, and strangers.  No war was to be made against them, nor against the economic interests of society.  Military power was seen as service to the weak.  The Church also banned fighting on Sundays and feast days, as well as during Lent and Advent.  She banned weapons that were considered inhumane.  At length the power of the Church was so great that she was able to enforce peace within the Christian community.

It was the Church then, who made the first rules of warfare in all of human civilization.  The regulations that the Church laid down came to be accepted by most nations, and have become enshrined in the Geneva Conventions.  She forbade the execution and mistreatment of prisoners, she condemned indiscriminate attacks on innocent civilians, and she was cautious over the deployment of newer and more deadly weapons.  The Church insisted that even though one engages in a just war, this does not mean that the moral law is suspended.  Indeed even a nation fighting a just war is capable of horrifically immoral attacks, that harm the innocent and which compromise human dignity.  Morality obtains even in times of war.

The Church then channeled these natural human impulses into a more productive direction.  She sent soldiers into war in order to defend the persecuted Christians of the Middle East, as well as the harassed pilgrims who were making their way to the Holy Land.  She authorized the creation of military orders, with a rule drawn up by St. Bernard of Clairvaux himself.  These were to be “fighting monks” who took vows of poverty, chastity, and obedience, whose holy work was not to be agricultural or producing manuscripts, but was rather to be the defenders of Christians against the depredations of the Islamic world.  Many of these continue today, such as the Sacred Military Order of Malta, which carries on its mission by providing battlefield hospitals throughout the world.

Christians must be mindful of their history, and recall with pride the great military heroes who permitted the continued existence of the Catholic Church and of western civilization itself.  These include the great crusaders such as Godfrey of Bouillon, Raymond of Toulouse, and Richard the Lionheart.  They include the heroic defenses of the Knights of Rhodes and of Malta against Islamic onslaughts in the Mediterranean, and the achievements of Don Juan of Austria at the Battle of Lepanto in 1571, and the heroic charge of King Jan Sobieski of Poland at the Islamic siege of Vienna in 1683.

Catholics have fought with honor and dignity in many just wars, taking part in the defeat of the tyrant Napoleon, and disproportionately joining the American military in the two world wars.  Catholics from around the world rallied to the military defense of the Pope in the fall of Rome in 1870, with Blessed Pius IX ordering that they defend the city, and put up a token resistance to the advancing forces of revolutionary Italy.  Even today, while a guardian of peace, the Church recognizes the necessity of military action to protect the weak, and even Pope Francis on several occasions has spoken of support for military relief of the persecuted Middle East.

To support and participate in the military, and in the just and holy office of defending the weak, is deeply embedded in the history and theology of Christianity.  There is no title to societal pacifism for the followers of Christ.  This does not mean warmongering, for Christians are called as individuals and as a society to seek peace at all times.  But sometimes peace is only possible by the confrontation with an unjust aggressor, who is the enemy of peace as Augustine recognized over 1600 years ago.  To confront an unjust aggressor is to fulfill one’s duty as one who has care of a community.  It is a good act, a just act, and – if pursued with moral means – a holy act.  For those who fulfill their duties in this way can expect a recompense from the Lord, and be permitted to enter the “Heaven of Mars” so beautifully described by Dante in his Paradiso.

This is the sixth and final part Dr. Donald Prudlo’s series Catholics & the Use of Force. See the other installments below:

Johnny, June and the Boy Who Knew