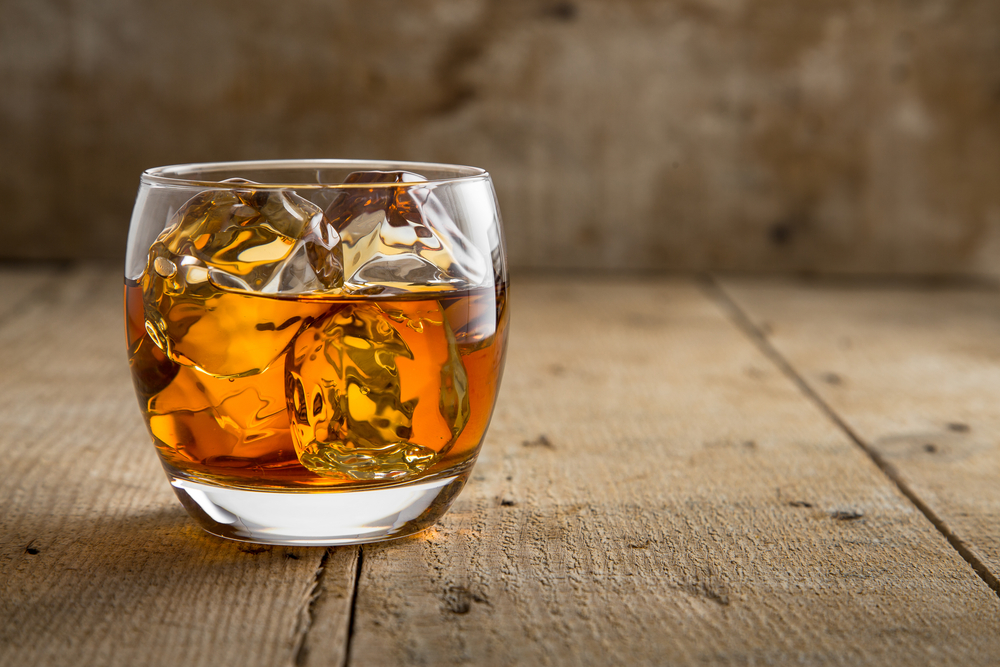 “Yer not gettin’ kayaks” she said in her thick Scottish brogue.  Our bluff as “experienced kayakers,” who could handle the rocky coastal waters off the shore of Scotland, was evidently unconvincing.  As the day’s adventure came crashing down on the rocky shore of reality, we did the only next logical thing – made our way to the Oban distillery.  Founded while Robespierre was dragging people to the guillotine, this capitol city of the Argyll began producing what today is one of the finest and oldest single malt scotch whiskeys in the world.  As is typical with distillery tours, the over-enthusiasm of the guide never seems to compensate for the desire to arrive at the sampling room.  But on this particular occasion, a few details from the tour were actually retained, and provided an insight into the nature of friendship and reconciliation.

The brewing of beer and the distilling of Scotch are surprisingly similar: the malting and grinding of barley, the cooking and separating of the wort, fermenting with yeast and the casking.  Other than the addition of hops to the brewing process, it follows a similar order.  But the difference between the 63.5% alcohol content of Scotch, and the 4.3% content of Guinness lies in a rather intense and complex process, known as distilling.  Instead of the one time fermentation of beer, the distilling (boiling the wash to a vapor which then passes back into liquid ethanol) occurs over and over again until the proper potency is reached.

Aristotle distinguishes what he calls pleasant friendships and true friendships: both are good and essential to life, in the way that both beer and scotch are good … and essential to life.  But they are indeed different, and the latter is uncommon because of the intensity of the process by which it comes to be.  For in both Scotch and true friendship, the substance literally transforms itself, in a series of repetitions, to create something of surpassing worth and richness.  So life brings us pleasant friendships of beer, to be enjoyed in good quantities; but do we really have the true friendships of Scotch, which Aristotle says only a occur a few times in a lifetime?  And the more frightening question: given the sociological conditions of the age, do we even desire to cultivate this form of friendship?

This was recently answered by an Italian for me (an answer to a question I never asked, as is typical in Italy).  Americans, he said, are unlike Europeans, who value a few intimate friendships and a large group of acquaintances.  We want neither acquaintances nor intimate friendships, and opt instead for a vast median strata of relationships.  We push relationships into excessive informality but then strangely block them at the moment of real depth.  And I’m afraid it is true.  And it is a problem.  The majority of men I know do not have true friendships, and I believe one of the reasons for this is the inability to reconcile.

If we want friendships of Scotch, then we need to learn to distill.  This distillation process in friendship could be called reconciliation: that painful work whereby relationships dissolve in the vapors of conflict only to return to life in the two-fold act of apology and forgiveness.  Living in a post-Christian world, most know this as an apparent good and an obvious truth: but living in a post-Christian world, most never attempt to actually live authentic reconciliation.  The consequences of this age are tragic and all too visible; but anyone who has truly undertaken this work knows what a cross it can be.

“In Christ God reconciled the world to himself” (2 Cor 5:19).  The Greek word for reconciliation, καταλλάσσω, literally means “towards a transformation.”  Its etymological root is simply the Greek word other.  Reconciliation is the death of the ego for the life of the other.  In Jesus Christ, this is perfectly manifest on the cross, allowing any student of the cross to become an expert in reconciliation.  As we reflect briefly on this reality, we offer three points – on the foundation, the nature and the conclusion of the work of reconciling relationships.

1. The foundation of reconciliation.

With the loss of the sense of sin in our modern day, we have lost the very need for reconciliation.  We have inherited a modern project that offers redemption without creation; and without a theology of creation, there is no recognition of original sin and that deep (yet hopeful) conviction that things are not what they are.  If we really believe that original sin is the “only Christian doctrine that one can prove” as Chesterton quipped, then we should not be surprised by the strangely paradoxical words of the Italian bishop Massimo Camisasca:

“If we do not see our brother as an obstacle, we cannot love him.  Unless we are altogether spiritualistic or superficial, we cannot help noticing, at certain moments of our life, the weight of the other who is placed at our side … the weight of his perceptions, background, and different personal temperament.  These differences can show up even in someone whom we otherwise consider to be extraordinarily close.  It is at this point that we discover the meaning of the sacramental presence of the other; his otherness or diversity is a sign of a Presence that transcends the other and makes him a sign of something more.”

Unless the other is experienced as an obstacle - an obstacle to my interests, desires, plans, purposes – then love is not possible.  The ever-constant foiling and undermining of one’s life is the requisite of authentic Christian love; it is there that the miraculous occurs, transcending the superficial realm of pleasant friendships with the confrontation of a proposal frighteningly real.  When the other becomes a sacramental, then the obstacle itself becomes the place of encounter with God.

2. The nature of reconciliation.

In its essence, reconciliation is the search for the logos.  Famously used by St. John to articulate the God-man, this word which Cicero translates as ratio (reason) is in many ways untranslatable into modern languages.  Pope Benedict would often refer to it as meaning, as it is etymologically sourced in the word “to unite.”  The logos is the meaning by which we come remain united.  Every collapsed relationship is a crisis of meaning, of shared purpose; in its appearance of unintelligibility one is led to the despair of meaning.  To be a Christian means to seek the logos in everything – to seek meaning in everything because Christ is himself in a certain sense, the meaning of all things.  The work of reconciliation is the constant search for this deep meaning, which discovered (always rediscovered), brings the great joy of glimpsing the divine.

3. The conclusion of reconciliation.

Every work of reconciliation leaves one with the startling yet essential conclusion: I do not know how to love.  In a culture that is obsessively reminding itself how good and special we are, only the Christian has the audacity to say “my love fails.”  The confidence of this is of course derived from the fact that we know him who knows how to love and have access to that love in the order of grace.  Hans Urs Von Balthasar speaks of this with his usual depth and clarity:

“It is almost (or entirely impossible) to avoid the illusion that man knows from himself what love is, and how it is to be practiced.  In truth, however, a sense for divine love first arises in man when he stands before God, in full readiness to allow himself to be led with Jesus Christ – in love – on the path of perfect renunciation and ultimately the cross.  A path of renunciation of, not love … but all hidden egotism in eros and in the whole community of the family.”

As I grow older, I find the old desire for heavy consumption of beer is steadily being claimed by a few terse sips of Scotch whiskey.  It is likewise with friendships; the great work of Christ’s reconciliation inspires that heroic, almost unthinkable work of reconciliation.  Through the pains of distillation, we find we are left with a reality of friendship that far exceeds our capacities and expectations; a reality that strangely enough, is like something you would find off the shores of Oban.

beerfriendshipreconciliationscotch
12 16 2016
Back to all articles

Are You a Whitewashed Tomb and Seeking Perfection?