Want to be a Hero? It Starts with Freedom. 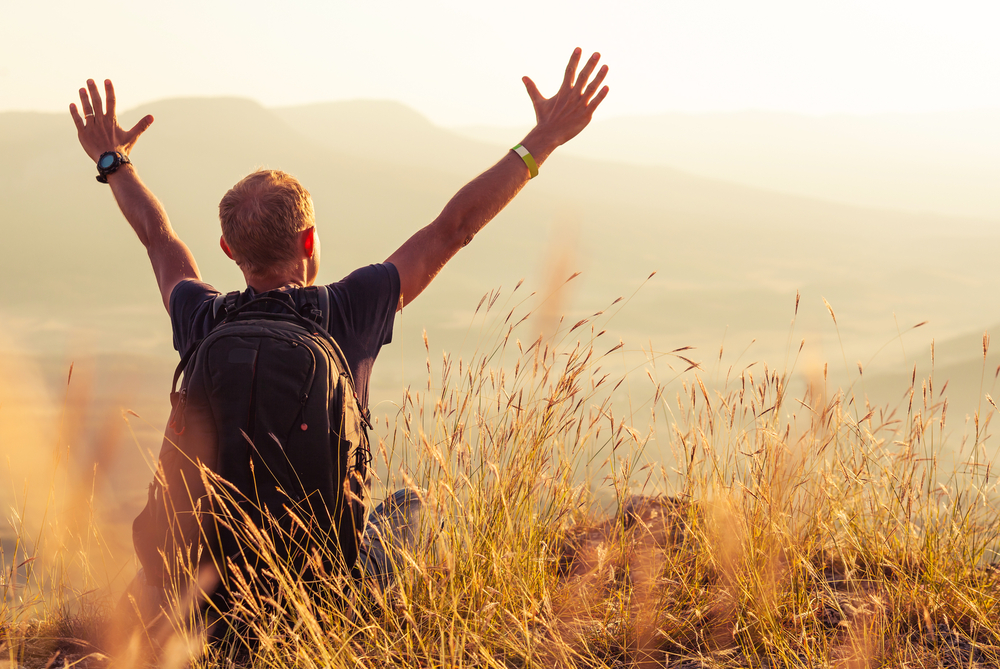 This article has been submitted by Mr. Ryan Budd, a seminarian from Mount Saint Mary’s Theological Seminary in Emmitsburg, MD.

Recently, the men of Mount Saint Mary’s Seminary were able to go on a two-day mission trip to a secular college campus to proclaim the Gospel, one-on-one, to college students who were open to hearing it (cf Lk 10:1-9). My mission partner and I spoke to many more men than women, and came away with an important lesson on sharing the Gospel with college-aged men and, I suspect, with men in general.

We all know—at least hypothetically—the power of community. It is the model of our Church and of any authentic community (Acts 2:42-47; cf Jn 17). It is immensely more difficult to live out the teachings of the Master when there are not others around to inspire us, encourage us, and even correct us. This is the perennial value of the parish, the Catholic Campus Ministry, the seminary, and the religious order.

But what of the individual man? If I learned anything about the needs of college-aged men during this trip, it was that we must continue to challenge the reign of mediocrity—the assumption that there is a “good enough”, or that there are “little sins” that God will forgive without sincere repentance because, let’s face it, it’s just too hard to “be perfect as your heavenly Father is perfect” (Mt 5:48), as if the Lord would command the impossible.

Maybe it is easy to understand why so many have the view that God, if He exists, is a sort of deranged puppet-master or the operator of a strange and pathetic menagerie; that He sets out commands that are impossible to follow only to rescue us from them, glorying in the “mercy” of doing so, in a sort of sadistic fashion. The role of the saint, in such an economy, is to love the one who makes his life a series of desperate failures in order to force him into submission—he has Stockholm syndrome, not sanctity. Someone who assumes that the commands of Christ are impossible to live is not far from such a view of almighty God.

The truth is, though, that the commands of God free us: they are the way to true life. “I will run in the way of Thy commandments”, says David (119:32; cf Sg 1:4 DRV): run, not trudge, and run joyfully. The purpose of the commandments is to arrive at the freedom of God’s children (Rom 8:21; cf Jas 1:25). As Christian men, we know this to be true, at least intellectually. But how can such a teaching reconcile with the reality of the struggle, in which the men of the Gospel seem truly to be “these men who have turned the world upside down?” (Acts 17:6).

Without realizing it, these men had accepted the reign of mediocrity; they were willing to live Christ’s teaching incompletely because it seemed impossible to live it to the full (cf Jn 6:60-70). What they needed, then, was not reasoned explanation of Church teaching, but an exhortation to heroism.

Let’s face it, gentlemen: it takes a hero to live like Christ. This is true now, and it has always been true. It is hard sometimes for those of us who have been living these teachings faithfully and have experienced the peace and consolation of doing so to remember what it was like to struggle with them (cf Mt 23:1-4). We must be honest with ourselves and those with whom we share this Gospel: it is often difficult and painful to adhere to the law of Christ. It takes heroism for a man to come into the fullness of being that God intended for him. The world is upside down, and Christ, through His Church, is turning it right-side up again (cf Acts 17:6). We cannot forget that accepting His teaching shakes the very earth under our feet (cf Acts 4:31). We cannot, therefore, reach out with mere reasoning and promises of reward and punishment.

Rather, we must understand and articulate the vocation to heroism as a vocation to freedom. When we exhort one another to be heroes, we must remember that a hero is one who is free: we can say, like Chesterton said, that only something living can swim against the current. When we exhort one another to be heroes, we must remind each other that we can be heroes because we have the capacity to will heroically, to choose heroically—the world can put pressure after pressure on us, but we will ultimately triumph over it because we have the power to will freely. Those who deny a man’s capacity to be a hero deny his capacity to freely choose what sort of man he will be. To exhort him to be a hero is to remind him that he is free; in short, it is to remind him of everything that makes his life meaningful and allows him the potential for greatness.

The two men with whom we shared this exhortation went away with a message of liberation: my partner and I, guided by the Spirit, had affirmed their freedom to stand up to the pressures of the world, rather than just float along. When cast in this way, the message really seemed to sink in and have meaning for them. They told us, with real sincerity, that they would try to change their lives—and they did so with some knowledge that it would be difficult but not impossible to do if they trusted in God. It was the most successful and impactful conversation of our two-day mission, and it taught me something I felt I should share.

Let us remember the example of Pope John Paul II, whose life and words inspired this reflection. He issued a challenge to embrace this vocation of freedom that affirms one of the most basic attributes of the human person, a challenge that speaks to the inner longings of every human heart. Let us hear and share that challenge.

Chestertonfreedomheroismtruth
11 25 2015
Back to all articles

Why Catholic Worship Appeals to Men