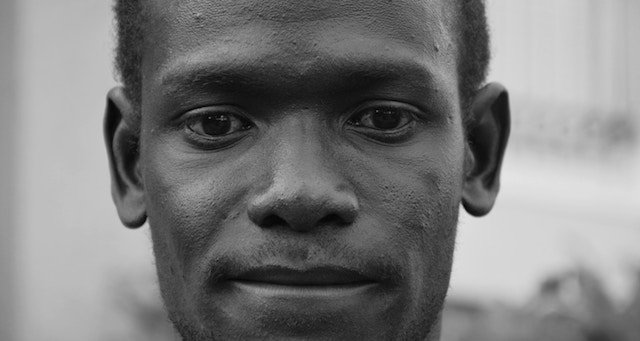 A dear friend of mine recently brought my attention to something that I have been pondering ever since I began teaching in 2009. After I taught an RCIA class, my friend raised a rather interesting point regarding a shift in his own approach towards pedagogy. The shift has been the result of his teaching both RCIA and years of giving numerous talks to youth groups at local parishes and events. Due to the fact that so many young people seem more drawn to questions regarding happiness and personal fulfillment, he noted that he often orients his talks in this direction. In other words, perhaps one could say that such an approach to teaching is an attempt to be more Augustinian (happiness-based) than Thomistic (truth-based).

My friend’s point was ultimately a good one. His comments were meant to highlight the fact that a presentation rooted only in abstract principles is of little import, especially when trying to reach a person’s heart. Without a practical application, most kids tune out pretty quickly (adults do as well). While keeping this fact in mind, I also think there may be something a bit deeper here that is cause for reflection. What I want to examine is whether effective and good teaching entails moving towards one focused more on happiness than it does on truth. The reason why this is necessary to consider is two-fold. First, I think that culturally, this assessment about the yearning of young people’s hearts is correct. They are seeking to find that which will fulfill them, and make them happy, and they are genuinely confused about where to find it. Secondly, and perhaps more importantly, the dichotomy of an either/or pedagogy between happiness and truth is a false one. Young men and women seeking happiness questions and answers is precisely the reason why teachers must be able to given an authentic and true account of what happiness is. In order to understand why we must recover the integration of happiness and truth, let me begin by calling to mind a common way that our contemporary American culture views the relation between the two.

The predominant view in our contemporary culture is that science is the only legitimate kind of knowledge, and that science alone is concerned with discovering and explaining reality. On the other hand, religion is often perceived as being concerned solely with the ethical dimensions of how we live with this reality. In summation, the modern claim is that science is concerned with reality, while the aim of religion is reduced to the sphere of ethics. However, upon further examination, it becomes clear that such a view is rather dubious. While it is true that religion is concerned with ethics, it is also clear that many of its positions are truth claims. For example, that God is Trinitarian, or that Jesus Christ is fully God and fully man are not ethical positions. Rather, they concern facts. Either God is a Trinity of Persons, or He is not. Jesus Christ is either fully God and fully man, or he is not. The latter claim is at the heart of the Crucifixion of Jesus Christ.

Articulating the modern and contemporary way of viewing the relationship between religion and science is not the primary point here. Rather, it alerts us to something more fundamental, namely, that questions of religion and ethics are understood to be disconnected from truth. And this brings us back to the inquiry that initiated these reflections. When we are teaching young men and women concerning the perennial questions of human life and existence, should we focus more on a happiness approach or a truth based one? My simple response would be that it should be both.

In Chapter 19 of his great work on political philosophy, City of God, St. Augustine makes a startling observation. Augustine says that we philosophize “for no other reason than to be happy.” The implication here provides tremendous guidance for us in light of the question at hand. For St. Augustine, and the Church as well, there is an unbreakable bond and unity between philosophic questions and happiness. Augustine’s own life is a testament to this, as he lays out so memorably in his Confessions. Whether dealing with the Manichaeism, Platonism, or his own lustful habits, Augustine was always looking for the truth of things. When he first read Cicero’s Hortensius, he praised the Lord for “turning me towards Yourself.” This reading of a philosophic work is the beginning of his search for happiness, which he identifies at the beginning of Book I: “You have made us for Yourself O’ Lord, and we are restless until we rest in Thee.” Thus, for St. Augustine, the rejection of Manichaeism and lust is both rooted in the truth and his desire to find the fullness of happiness. Although distinct, the two paths are inseparable.

In his encyclical Fides et Ratio (“Faith and Reason”), Pope John Paul II argued along similar lines. He wrote that the perennial questions of human life, Who am I? Where have I come from and where am I going? Why is there evil? What is there after this life?, are not just esoteric questions for a limited few. Rather, for John Paul II, “they are questions which have their common source in the quest for meaning which has always compelled the human heart. In fact, the answer given to these questions decides the direction which people seek to give to their lives.” (FR, #1). The final part of the latter sentence is the key that unlocks the Pope’s wisdom, and his deep understanding of the contemporary cultural crisis. The fundamental questions of life and existence are philosophic in nature. We are asking questions and seeking the true answers to them. At the same time, the answers to these questions shape the moral and social character of our lives.

In conclusion, let us consider again, more clearly, a fuller answer to our initial inquiry. When we are teaching young men and women, especially with regards to the foundational questions of life, our aim should be both intellectual (truth) and moral (happiness). A primary concern at present is a social and cultural understanding of morality and happiness that is seen as disconnected from theory, or any kind of intellectual content. Instead of wondering how they can change themselves, many young people are taught to consider how they can change the world. Such a perspective is a philosophic worldview that places action above, and against, truth. Instead, we should be gearing our pedagogy towards an integration of thought and action. In this way, we can help others to see the full truth about their existence so that they can become what they were made for. And this is nothing other than happiness.

aquinasaugustineconflictedhappinessphilosophytruthwisdom
07 / 22 / 2017
Back to all articles

Evangelize Through Film and Art