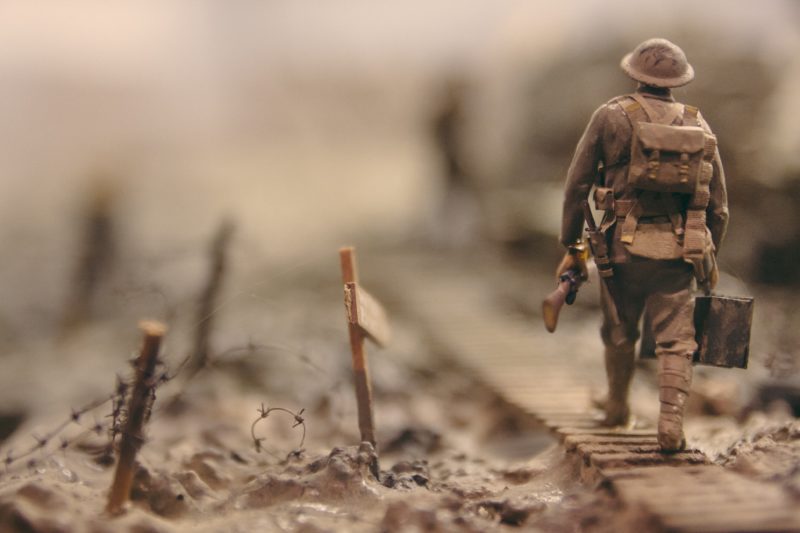 I enjoy history, and I am finding Graham Allison’s book, Destined For War, to be a decent read. The book presents a look into the power struggles between established and rising world powers from present day back to the Peloponnesian War. Allison focuses on these confrontations through consideration of Thucydides’s Trap, which is waiting to ensnare both powers in war when they are led in by their fear and desire for power. Thucydides’s Trap is an interesting lens through which we can view some historical events, but the book is ultimately just about how societies, or really their leaders, deal with basic human emotions and instincts, primarily fear, survival, and a desire for control and power. The book identifies that established and rising powers usually end up in war, even though both would probably have preferred a different course. This analysis got me thinking a lot about how the power of human emotions can override logic and intent, even on an individual level. As I considered this phenomenon in relation to my own choices and decision making, I recognized that I too allow my fear and desire for control to influence me, and I get myself into less-than-optimal situations. When my decision making dismisses my faith and does not consider my ultimate goal, heaven, situations usually don’t work out the way I truly desire.

God blessed me with a body, mind, and talents that enable me to be fairly capable and I sometime mistake those blessings for what they are not–they are not a failsafe. Like most men I know, I like to feel as if I am in control because there is an exaggerated sense of safety with assumed control. Fear, desire for control, a disdain for failure, and my capabilities, often lead me to “know” the best way without really considering what direction God is guiding me. Even if my way does not appear wrong, the obvious problem here is that I am separating myself from God. Thus, I am wrong because I am saying “no” to God and distancing myself from His grace.

As a husband and father, I genuinely want what is best for my wife and children, but I have fears and I am weak so I am susceptible to falling into that trap of thinking I know best without really listening to God and obeying Him. When circumstances arise that I think I recognize and believe that I instinctively know how to handle, I sometimes react rather than listen for God’s guidance. Fortunately, I have a very patient wife and respectful children, but when I fail to listen to God, I am not being the husband and father I am called to be and I risk harming them. Even when my decision seems to do no harm and is acceptable to the world and those around me, I still have fallen into the trap and likely suffer unknown consequences.

I have never heard the audible voice of God, but I know that I’ve heard him in prayer, focused contemplation, and in my interaction with other people. When my prayer life becomes less disciplined, when communication with my wife is replaced by an assumption, when I fail to truly pursue my child’s perspective on an important issue, when I don’t consider input from a less experienced colleague, and when I avoid “that guy” because I don’t have time for him, I am failing to listen to God’s attempts to communicate with me.

Joseph is my inspiration for avoiding Thucydides’s Trap in my life. He had the answer for what he should do when Mary was found to be pregnant, but he didn’t focus inwardly and operate from fear and a desire for control of the situation–he never stopped listening to God. Joseph was certainly tempted to act in a perfectly acceptable manner and quietly divorce Mary, but he chose a different course.  While not downplaying Joseph’s selflessness and obedience, the most impressive aspect of that story to me isn’t that Joseph obeyed God, but that his incredible faith enabled him to remain open to hearing God guide him.

Godlistenprayertrap
05 14 2018
Back to all articles