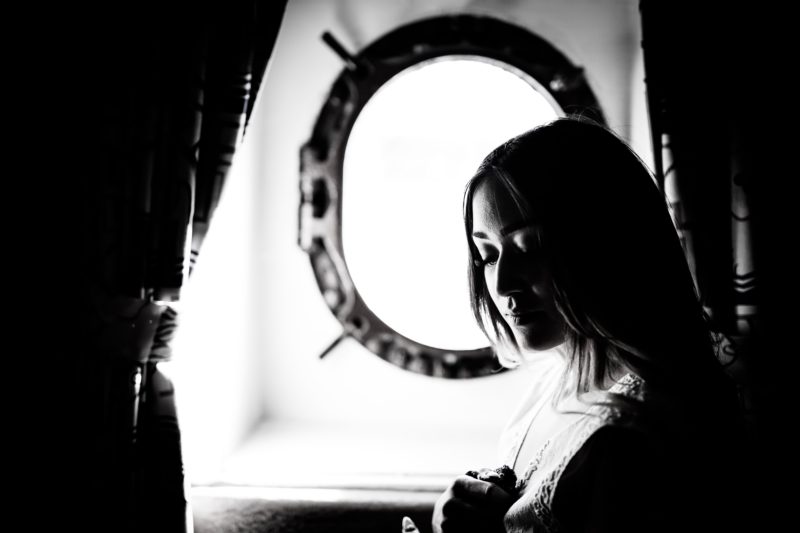 The role of women in the Gospel of Mark is partially typified by some traditionally missing information which is contained in other gospel passages. References to the Blessed Mother are present (Mk 3: 31-35; 6: 3), but there is no mention made of her words recorded in other gospels, particularly and specifically her conversation with the Angel Gabriel at the Annunciation, her Magnificat, her meeting with Jesus at the Finding in the Temple, nor her interaction with Jesus and the steward at Cana. The apostles James and John ask to sit at His right and the left in the Kingdom, not their mother (Mk 10: 35-45). The parable of the woman and the lost coin is absent, as is the interaction of Jesus with the woman at the well.

Mark’s choice of words in presenting the involvement of women, much like his language throughout his gospel in communicating the events of Jesus’s life, is consistently dispassionate and matter-of-fact in nature and tone. It seems he is more concerned with reporting events as they happened, like a newspaper story concerned only with factual information and subjective reality (in the bygone days of news reporting when that actually happened). There is a decided lack of description and commentary, as if he made an effort to edit the details surrounding various encounters with women using the most efficient, effective and economic word choice possible.

That aside, given the fact that Mark was very discriminating and careful with his language, his writing style of direct precision suggests he was concerned with relating only the most important aspects of what he knew about Jesus. In all likelihood, he would have probably excluded anything unnecessary or unimportant in his gospel. Therefore, the frequency with which he mentions women in various supporting roles, i.e., in Christ’s teachings, in the most important events in His life and in His miracles, suggests he portrays them as significant enough in the Lord’s mission not only to mention them, but to do so rather frequently. And considering the context of Mark’s time, place and culture in history that would not have necessarily valued the contributions of women to such a great extent, it is remarkable that Mark would have included so many references to women, underscoring their important influence in relating a fuller re-telling of the life of Jesus based on what he compiled via the oral tradition.

Unlike Luke’s detail-oriented and arguably loving portrayal of Our Lady’s involvement and her few but powerful words at and before Jesus’s public ministry, Mark simply reports what happens. His language is simple and decidedly unevocative when mentioning just about any subject, including women. Reading more like the parenthetical or italicized blocking directions of a play’s script, he focuses on the actors (who was involved), the action (what happened, sometimes in dialogue, sometimes in narration) and the epilogue (what transpired immediately afterward, typically at the end of a particular passage or chapter, i.e., “And there were many more women who came up with Him to Jerusalem” (Mk 15: 41). Mark valued the roles of women in Christ’s life, particularly that of Mary Magdalene, because he mentions them (and her) by name several times (Mk 15: 47; 16: 1-8, 9-10). Mark gave women the recognition and respect Jesus gave them in His words, in His relationships and in His actions. Unprecedented in its singularity, this respect must have been a special and unique hallmark of the early Christians in the first century.

Depending upon the historical-critical method of reading scripture, and based on the arguments of theologians down through the centuries, there are a number of uncertainties regarding, for example, whether or not John the Apostle wrote the Gospel of John, or if  John really was “the beloved disciple” traditionally present during Christ’s final hours on Calvary. But we can be sure that, in reading Mark’s gospel, it was the women who served Jesus throughout his mission, “many other women” who were faithful to the last at the foot of the cross on Good Friday and one who was first at the empty tomb on Easter morning. When the men fled in fear after the arrest of Jesus in the Garden of Olives, the women stepped up and demonstrated their loyalty and courage by their love for Christ.

The women in Mark teach us men something as simple as it is important. We need to go and do likewise.

The Transgender Movement Is Especially Dangerous for Boys