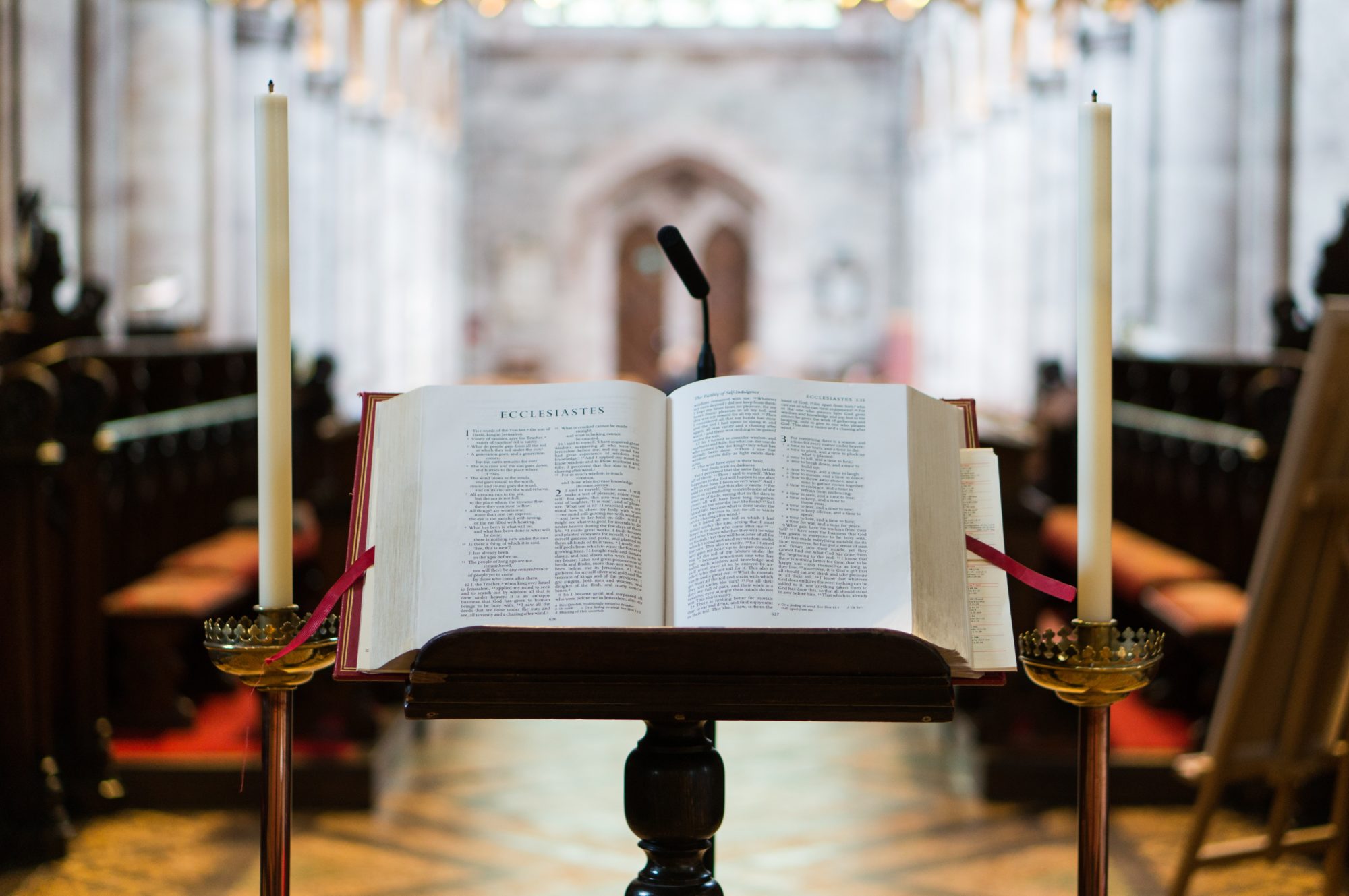 When I decided to become a Catholic I nervously approached a priest as he was coming out of the parish office.  I didn’t know any Catholics, but wanting in I thought I’d go to the father of the house.  He told me that since Vatican II it was not necessary for me to convert.  I didn’t know what Vatican II was, but when I went and read the documents I found out Vatican II said it was actually a duty of his office to help me become a Catholic (Presbyterorum Ordinis, especially chapter 2).  This was but one instance when the teachers and the content of the Faith seemed at odds.  I’ve had priests recommend porn to “get in the mood” for my wife.  I’ve had priests laugh off the sexual ethics of the Church as arcane.  Yes, the Church has issues in communicating the truth, but the truth itself is clearly not the issue.

It is important to note that I was one of those “at the margins” souls – a family riddled with divorce, no formal instruction in faith or participation in any church, complete confusion on sexual morality, drugs and all that, and an eyewitness witness to events as depraved as rape and domestic abuse.  May I have the Gospel please?

My wife had a similar yet debilitating introduction to human sexuality that caused her great pain. Perhaps now we are dismissed as conservatives because we so vehemently cling to the Church’s clear teaching.  But we cling to the Ark of the Church for dear life, knowing how terrible the storm and flood is outside.  No, we won’t let go.  “For if, after they have escaped the defilements of the world through the knowledge of our Lord and Savior Jesus Christ, they are again entangled in them and overpowered, the last state has become worse for them than the first” (2 Peter 2:20).

Both of us can tell you quite plainly: the world’s vision of sexuality and family life is putrid with death and lies.  It destroys.  The world’s lies about sexuality are an endless pit, filled with dark nothingness and causing all souls that enter to only descend further and further, foretasting hell.  To this day we pray for the grace of healing from past wounds.  Finding the Catholic Faith was a sheer gift of grace.

The world is now riddled with the pain of the sexual revolution.  What we need is clarity and charity in presenting the truth.  I am not focusing on sexuality from some Freudian need to talk about it, but because almost every “issue” that is at the same time hot button and controversial is also the source of disorder and pain in the family and in the family’s members.  Contraception, masturbation, pornography, gay “marriage”, transgenderism, divorce, etc. all come down to a confusion on what sex is and what it means.  If the word “sex” means pleasure, then anything goes, even men having “sex” with robots and each other.  If, however, sex is related to marriage and childbearing, then all of those things I just mentioned gain a little clarity.  We need some clarity.

Through RCIA and after we had to look hard, but under bushel baskets here and there we found the teachings of the Church, mostly through writers, speakers, and lay apostolates.  The Theology of the Body and the teaching on family life were the most beautiful, liberating things I had ever read.  As someone who had seen, known, and felt the world post-pill, Humanae Vitae was prophetic and staggering in its understanding of true love in a world of lying bodies. How right does Paul VI have to be before pastors of the Church don’t blush to bring it up?  Much of this was being learned during our marriage preparation, but none of it came from the pulpit or any formal instruction from parish or diocese.  We asked for bread but were given the expired saltines of the 70’s.  I have heard exactly one serious sermon on sexual ethics that explained explicitly the Church’s teaching on contraception.

There is a clear effort now to “tone down” the talk on sexuality – or at least not to “lead” with it.  This, along with the novel attempt to codify adultery, is a smack in the face of those riddled with the pain of the sexual revolution. Younger, devout, and serious Catholics continue to be mystified by the willingness of our fathers in the Church to defend that which hurts the most, ignoring the victims and seemingly siding with the ones inflicting the pain.  I hate to be cliché here as a millennial, but when will the self-serving narcissism of the boomers end?  Can we just say their promiscuity was a massive disaster and focus back on goodness, truth, and beauty?  No one benefits from skirting around the issues of sexuality, and the recent history of the Protestant communions that liberalized sexual ethics proves that it’s the beginning of the end for any church that gives up on the seriousness of the family.  The Anglican Church was the first to cave, and look at them today.  Those that followed are decaying as well.

And let’s be clear.  We don’t live in a time where the Church’s teachings are being rejected, we’re living in a time where no one knows those teachings!  And those that have a problem with the Church are not exactly on her doorstep demanding change so they can get in – they just like yelling at big targets.  There’s not a line of gay men outside just waiting for the word “disordered” to be dropped from the catechism’s description of homosexuality.  “To many [gay men], the Church still looks confused and chaotic,” explains a homosexual man named Joseph Sciambra in an excellent piece on the way gays really think about the Church. “Combined with the bad press surrounding the priest-sex-scandal, most gay men see the Church … endlessly caught within their own world of bureaucratic dialogue.”

As someone who had to walk up as an outsider to Catholic parishes and try to join the local community, I can assure you that the “unwelcoming problem” is not restricted to homosexuals.  We dialogue about dialogue as if there are lines of non-Catholics at our door just waiting for those doors to open wide to dialogue.  All evidence points to the fact that the doors are wide open, and everyone’s walking out.

I’m sad because as I lean in to hear the conversations of the bishops, of my fathers, I don’t hear the right questions being asked.  I hear about policies and practices.  I hear talk about the joy of the Gospel but it gets translated as “be nice and talk hard stuff later.”  I hear about broken families and the need for compassion and understanding.  I don’t hear them asking, “Why and how have we been so completely incompetent and impotent in teaching our flocks the truth?”  This is the elephant in the room for me.  The truth is there – teach it!   Don’t try to rework doctrine to sound good to the ears of the media – it never will.  Just come to us, the people, and teach us in love.  The truth will set us free, not vague, insider-baseball language that only excites the faculty floors of emptying seminaries.

Today its like the shareholders of a company are berating the research and development department because no one bought a product, but in reality the managers never even put it on the shelves – they buried it out of fear.  But the managers, who never put the product out, are suggesting changes to the product’s color, shape, and presentation, as if that had anything to do with it.

I wish my fathers would see the deep, boggy mire we are in, and I wish they would come to the rescue.  I wish – pray! – that they would see our chains and help us be free from them and not just paint them gold and explain that slavery is just an imperfect state that we just need to be accompanied in.  Talk to us, not the press.  We need explicit, clear, and focused teaching on how to be a human created for the glory of God, and right now sexuality is a major issue that effects my understanding and orientation toward my true end. We need fathers to point the way.

“Yet still, when he looked at the multitudes, he was moved with pity for them, seeing them harried and abject, like sheep that have no shepherd. Thereupon he said to his disciples, The harvest is plentiful enough, but the labourers are few; you must ask the Lord to whom the harvest belongs to send labourers out for the harvesting.” (Matthew 9:36-38, Knox)