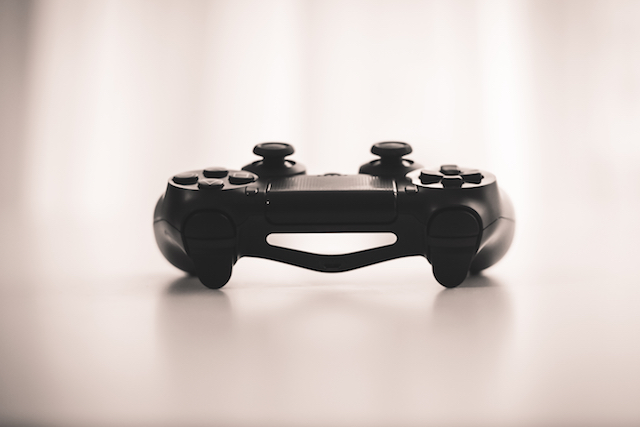 The opposite of love is not hate, but indifference.  The passions of anger and hate are actually aroused because you love something, and that something is being threatened.   This is the sense in the Gospels when Jesus says we must “hate” even father, mother, and so on for His sake.  This is not meant to say that we are to actively disdain and deride our family, but it communicates the magnitude of the love we are to have toward God – it is so great that we would even “hate” the family.

If what we love is disordered the rage we feel or the anxiousness with which we defend that love reveals the disorder.  This is because when we love the wrong things, we have built our house on sand and the waves of attack reveal our insecurity.  We love a thing, are attached to it, finding meaning and enjoyment from it, and therefore if someone attacks it we might just explode.

I have been involved with mentoring apostolates for young men since I was in high school, and I can tell you that in the last 5-10 years there has been a major shift in the topic of video games.  Prior to this shift, proposing that video games might not be a good thing resulted in benign reactions, maybe a little pushback, and usually just a reinforcement about moderation in all things, blah blah.

But now, the defensiveness of those wrapped up in video games reveals deep insecurity and disordered love.  Recently I was in a room with hundreds of young men, and the talks were ranging from the problems of abortion, masturbation, pornography, adultery, gay marriage, transgenderism, and every other hot-topic of the culture wars.  But then someone brought up video games, and suggested that perhaps young men should put those aside in order to grow in maturity.  Outrage!  The roar in the room and the backlash was astounding.  You would think someone propose that they castrate themselves.  Someone was attacking a disordered love and insecurity.

The same thing happens on this site.  In fact, I’m often amazed at how often it is women that comment on the articles and feel gratified by the content, but the young men usually come with pitchforks at this topic.  Before jumping to the comment box now if that’s you, can we at least try to examine what’s going on here?

First, in comparison to the objective gravity of other topics, video games ought not arouse our passions that much.  Since they do, it reveals some sort of insecurity.  Being secure in a way of life means that you don’t blink if someone derides it – you know the truth and live happily in it.  In America, young men who are the same age as Don Juan of Austria was when he won the battle of Lepanto are rallying for few things, but they rally to defend their games.  Usually this includes talk of “all things in moderation,” which is actually not a true statement.  Lots of things – like love, compassion, and virtue – are not done in moderation. Moderation, then, needs moderation.  And the inability for modern man to distinguish between leisure and amusement makes that a difficult conversation to have anyway.

Some sort of studies or reasoning about how games improves coordination or problem solving skills are also then proposed, which I have always found unpersuasive.  Because ends don’t justify means, I would say problem solving skills are better learned while solving problems, and we can’t do formation as if life depended on brain/thumb coordination.

But let’s get at the heart of the felt passions.  And, let me defend these gamers a bit.

Our motherly society seems to have come to a truce about male aggression by keeping boys safely locked up in air-conditioned rooms (first aid kits in the bathroom), while letting them play grotesquely violent video games, though most of them are adventure and warish games.  The fact is, the staggering and nearly all-male world of “gamers” is thriving off of our bored and suppressed young men.  We keep taking the expectations and experiences of power, danger, and adventure away and gaming companies offer a imitated substitute and sell it to them.

Games gives the sense of achievement and identity that traditional rites of passage would have done.  And this is why the insecurity in their reactions is so palpable – you’re attacking who they are, not just what they do.  In games they feel something, and outside of them they are surrounded by drywall, fluorescents, and the Gather hymnal, so games feel a lot better than “real life”.  Once after a talk I was swarmed by young men eager to talk about this.  One of the boys was shy and quiet, and was visibly shaken by my proposal that he might need to stop the games of his childhood.  After going in circles I finally asked him, “Inside the games, do you feel like you have purpose, like you’re a hero with real skill?”

Would you rather feel like a loser or a hero?  We that are skeptical of gaming cannot just throw stones at the subculture until we have a culture that provides the real things that games are imitations of: challenge, adventure, mission, heroism, danger, and belonging.  Our real world is the one of safety, individualism, and affordable interest rates.  No wonder games are made with boys in mind.

The things that typically draw in young men, even when unhealthy or imperfect, share a sense of loyalty and solidarity, with the nobility of self-sacrifice being praised and selfishness being punished.  The military, gangs, and sports – things dominated by males – all share a belonging, a hierarchy of codes and authority, and the call to do daring and dangerous feats.  They are ways of living and belonging, and the dangers is are not just for the cheapness of “thrill” but in the willingness to sacrifice for a cause – to be for others and for a mission.  What, beyond economic security, are we for today?  If you have ever felt repulsed at the disrespect of a young man absorbed in video games, you can usually count on him being absorbed in a game that attempts, however feebly and pitifully, to reproduce the things forgotten by a society gone bored.   That’s the problem behind the problem.

boredboredomcraigdespairheroismjasonleisurevideo games
06 17 2017
Back to all articles