The Month of the Rosary is Coming: Make the Most of it with This Book 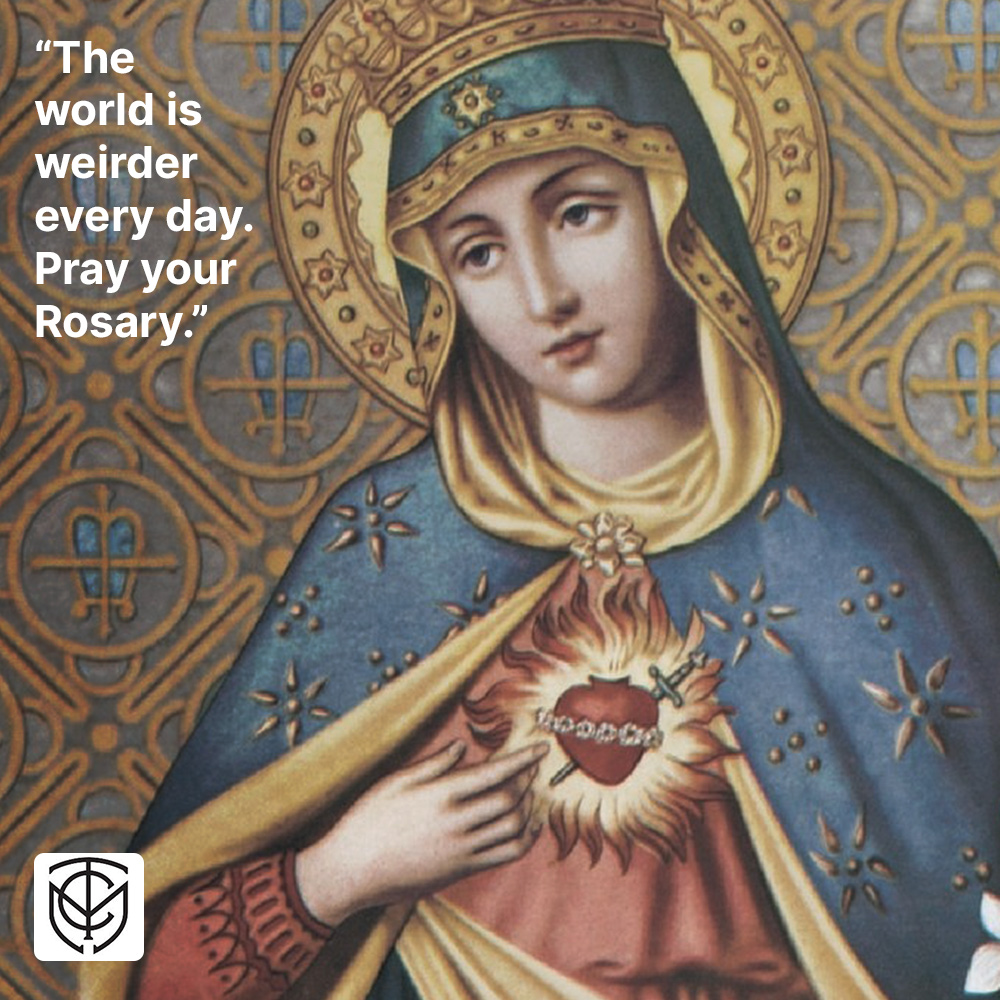 It’s true, converting to Catholicism from Protestantism can comes with its share of culture shock. I know there are some that have a hard time with newly assented-to doctrines, like all that Mary stuff. But not me. Mary became a loving mother to me rather quickly.

But going into Catholic bookstores? – now that was shock. I was going from a completely imageless ecclesial home to a place with links to a store where there were saints faces and statues everywhere. The shock was not that saints were held in high regard, but that someone thought “high regard” meant that we should plaster poor Padre Pio on a coffee mug, as if honor for his stigmata was appropriate on a cheap Chinese import of questionable ceramic quality. And poor Therese, that little flower and her air-brushed portraits, will probably make it onto a mud flap if someone doesn’t stop these people. I might be weird, but in my mind a religion that makes shrines to saints just should not then put that same image on a t-shirt or keychain. My body is not a billboard for anyone, thank you, and that poor image deserves better than my hamper.

But the heavy Mary stuff? No, Mary was not an obstacle for me. In fact, I quickly latched on to the writings of one of the most intense saints of Mary you can read – St. Louis de Monfort.

A Mother to Her Son

I first picked up St. Louis de Monfort when I was on my honeymoon in Rome.  As a new convert to the Faith, it was a heavy dose of Mary, but it forever changed my spiritual life.  Far from being put off by his proposed path to Jesus through Mary, I felt like an orphan that was meeting his mother for the first time – and she was literally a perfect mother.

Every time I passed an image of Mary I wanted to stop and make a visit to her, thanks to books like True Devotion to Mary and Secrets of the Rosary.  When we first arrived in Rome my wife was exhausted and fell asleep.  Walking to the hotel (quite confusedly) I had seen dozens of churches and chapels, so with this little bit of “free” time, I wanted to go and thank my mother for all she had done for me.  Perhaps this was a moment of divine humor, but the first church I went in happened to be the only Protestant church around!  As a new convert in Rome, the stately emptiness was jarring.  I wanted candles and shrines and Mary, not efficient – even if ornate – pulpits. I backed out of that barren place to find a building with a tabernacle, and an altar honoring the ultimate tabernacle of Our Lady.

Rome, of course, did not disappoint.  I found place after place where Our Lady had been venerated by the people, popes, and saints of Rome.  I remember praying at St. Mary Major near the relics of the manger and being deeply moved, thanking Mary and praying a Rosary with fervency that I still beg to have again.  And then there was the Pieta in St. Peter’s, so tender and memorable.

St. Louis de Monfort’s work helped me to see that the Rosary truly is the development of a central practice of Christians throughout time, to meditate upon the life of Christ and make it our own life, so that He is in us and we in Him. There is no other devotion in this Christian world so universally recommended by so many popes and saints.

Men, get your families praying the Rosary.

This coming month, October, is the month of the Rosary. If you’re a father, especially with young children, you know that praying the daily Rosary as a family is no picnic. But it is what we do. Catholic men pray the Rosary with their families. Period. Let’s not overcomplicate this. If it has been a challenge for you, perhaps consider picking up de Monfort’s little book The Secrets of the Rosary. Around this time each year I start reading little bits from it for myself and to my family, to rekindle a love for this venerable devotion of so many saints. I recommend it because it is one of those hodgepodge books with all sorts of genres smashed together. From narratives to the theology, it can be read through or just flipped open at any point and be edifying. Often as the kids get settled for prayer I’ll just flip through to find something worth reading – and I always find something.

(If you’re a Brother Subscriber to Sword&Spade you’ll be getting this in the mail in a couple weeks thanks to a generous benefactor. When you get it, please say a prayer for him. And, if you haven’t yet subscribed to Sword&Spade magazine, what are you waiting for? Sign up before this Tuesday to get on the list for the mailing.)

And although St. Louis de Monfort has a deep and tender love for Mary, don’t think this book is cute. He pulls no punches in making sure you get a simple fact, one repeated by Our Lady in her apparitions: pray the Rosary every day:

In our own day we see that people who hold new doctrines that have been condemned by Holy Mother Church may have quite a bit of surface piety, but they scorn the Rosary, and often dissuade their acquaintances from saying it, by destroying their love of it and their faith in it. In doing this they make elaborate excuses which are plausible in the eyes of the world. They are very careful not to condemn the Rosary and the Scapular as the Calvinists do—-but the way they set about attacking them is all the more deadly because it is the more cunning.

Don’t neglect the Rosary. The world is weirder every day. Pray your Rosary.

Be a Father Who Plays