The Little Flower Is Tougher Than You 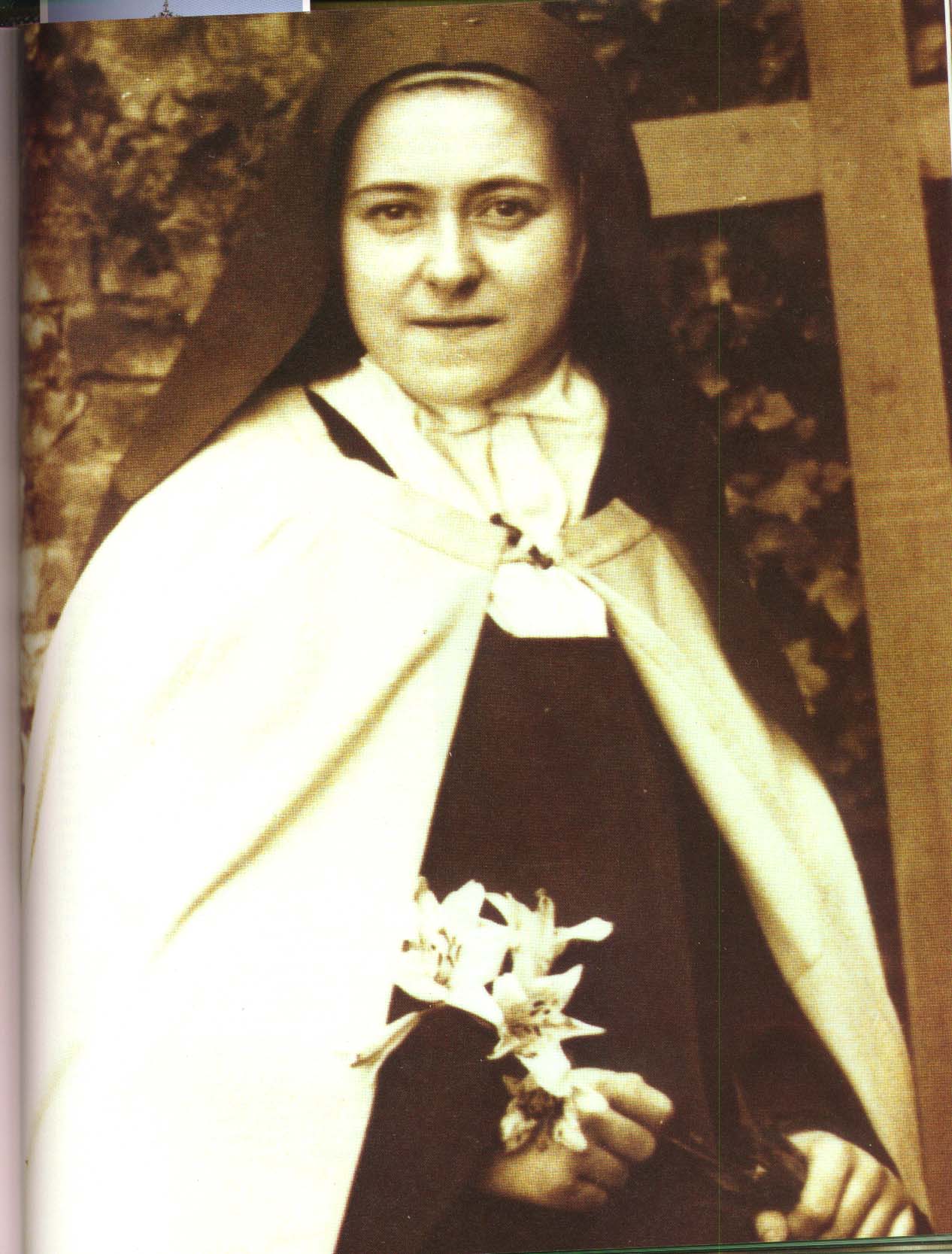 There’s a rumor that Pius XI, a pope with a deep devotion to St. Therese of Lisieux – the young, bourgeois, French girl who became the sweetheart of the Catholic world shortly after her death in 1897 – once said of the little saint: “This is a manly soul, a great man.”  I don’t know if that’s exactly true (in fact, I can’t find any exact citations that support it, at least online).  But, if such words were ever spoken by the Pope, one could only nod his head in agreement.

Because far from trying to downplay the strength that radiated from Therese’s natural femininity, and far from asserting that such strength and virtue could not be found in a truly feminine soul, what this statement gets at is that the fortitude and heroic virtue of the soul of this young girl can never be reduced to something sentimental, saccharine, or un-masculine.  The “Little Flower” of Lisieux, who died at the young age of 24, hidden away in a small Carmelite monastery, is a powerful example of virtue for even the most burly and bearded of men.

That’s why I hope to share with you why Therese is tougher than you – and how she can inspire you to greatness.

Therese’s spiritual teaching is often summarized very simply as “doing little things with great love.”  This certainly is part of it.  However, starting here would be like painting drywall before even hanging it on the studs – it begins with a necessary thing, but in the wrong order.  Where Therese’s “way” really starts is with something rather different: a desire for greatness.  Therese recognized the immensity of the good, holy, rightly-ordered desires that she had in her soul: to give herself completely to God, to enter the convent at a very young age, to become a great saint, a beacon of holiness for the entire world, to become perfect as her heavenly Father, etc.  At the same time, she recognized her own powerlessness actually to accomplish these things.

The solution? Absolute abandonment to God: “My way is all of trust and love…perfection seems easy to me.  I see that it is enough to realize one’s nothingness and to give oneself wholly, like a child, into the arms of God” (Letters, 9/5/1897).  Therese knew that God had given her these desires and that He doesn’t inspire such desires in vain.  So, since she was ultimately powerless, all that she had left to do was to entrust herself entirely to God in every moment (way of trust) and love him to the utmost degree in every moment (way of love) and he himself would fulfill the desire that he had given her.  We can see how well she lives out the Gospel call to become childlike, trusting unfailingly in God, her Father.  If he gave her the desire, he would have to accomplish it; for her part, she could just love as much as she could in each and every moment.

The problem is that the “way of trust and love” and spiritual childhood that Therese taught can seem, to the casual observer, as a spirituality that drips with excessive emotion – Therese can seem a naïve little girl who simply floated through life without any hardships, trials, or setbacks.  In the end, it seems completely foreign to life as we experience.

But such an idea would be horribly wrong.  Supporting this claim, we can point to an excellent book called The Passion of Therese of Lisieux, written by a great scholar of Therese, Guy Gaucher.  Gaucher points out that the ultimate proof and vetting of Therese’s “Little Way” comes at the end of her life, as she suffered an excruciatingly painful death from tuberculosis.  The disease is perhaps little known to us, but it is gruesome trial: after the entrance of an infectious bacteria, round nodules (tubercles) begin to form in the lungs, which proceed to break down the lung tissue and many blood vessels along with it.  The end result is that the sick person eventually suffocates in their own blood, unable to breathe with their damaged, hemorrhaging lungs.  The path toward death is equally dreadful: fever, continuous coughing, sweating, coughing up blood (eyewitnesses note that Therese coughed up glassfuls at a time), vomiting up any food one tries to eat, the feeling of suffocating, difficulty breathing, and the inability to sleep.

I would not be a pleasant person under those conditions.  The sisters who cared for Therese, however, recount that she remained alert, smiled, showed politeness, and even joked with them.  Once, a sister watching by her bedside fell asleep after handing the saint a glass of water.  Instead of waking her to take the glass when she had finished, Therese decided to hold it all night long, so as not to wake her.  Stories like this abound in the accounts gathered for her cause for sainthood: a host of little actions that reveal her immense and heroic charity and virtue in the face of intense physical suffering – not to mention the spiritual and psychological sufferings that accompanied it.

The evident sanctity she showed as she died speaks for itself: this was a tough young woman who was strengthened solely by trust and love in the Lord – a woman who’s a lot tougher than me or you.  But more, it shows how her “way of trust and love” is a path of holiness that conquers the ugliest parts of suffering, evil, and our experience of life.  Abandoning ourselves to God in every moment, accepting what comes in the present situation as his gift and loving him totally in that situation is not a road that avoids suffering or reality.  Instead, it embraces and transforms it, allowing God to form us, increase our ability to love, and make us the men that he desires us to be.

Man of God, you are called to greatness.  What remains is simply to desire it, as Therese did so deeply, then to follow her along the road of true spiritual childhood, abandoning yourself to the Father in every moment, striving to die to yourself and love God in all that might come, trusting that he – and he alone – knows where your greatness lies and will unfailingly bring you to it.  Only then can we claim, along with the Little Flower, that we truly have a “manly soul.”

Loving God Above All