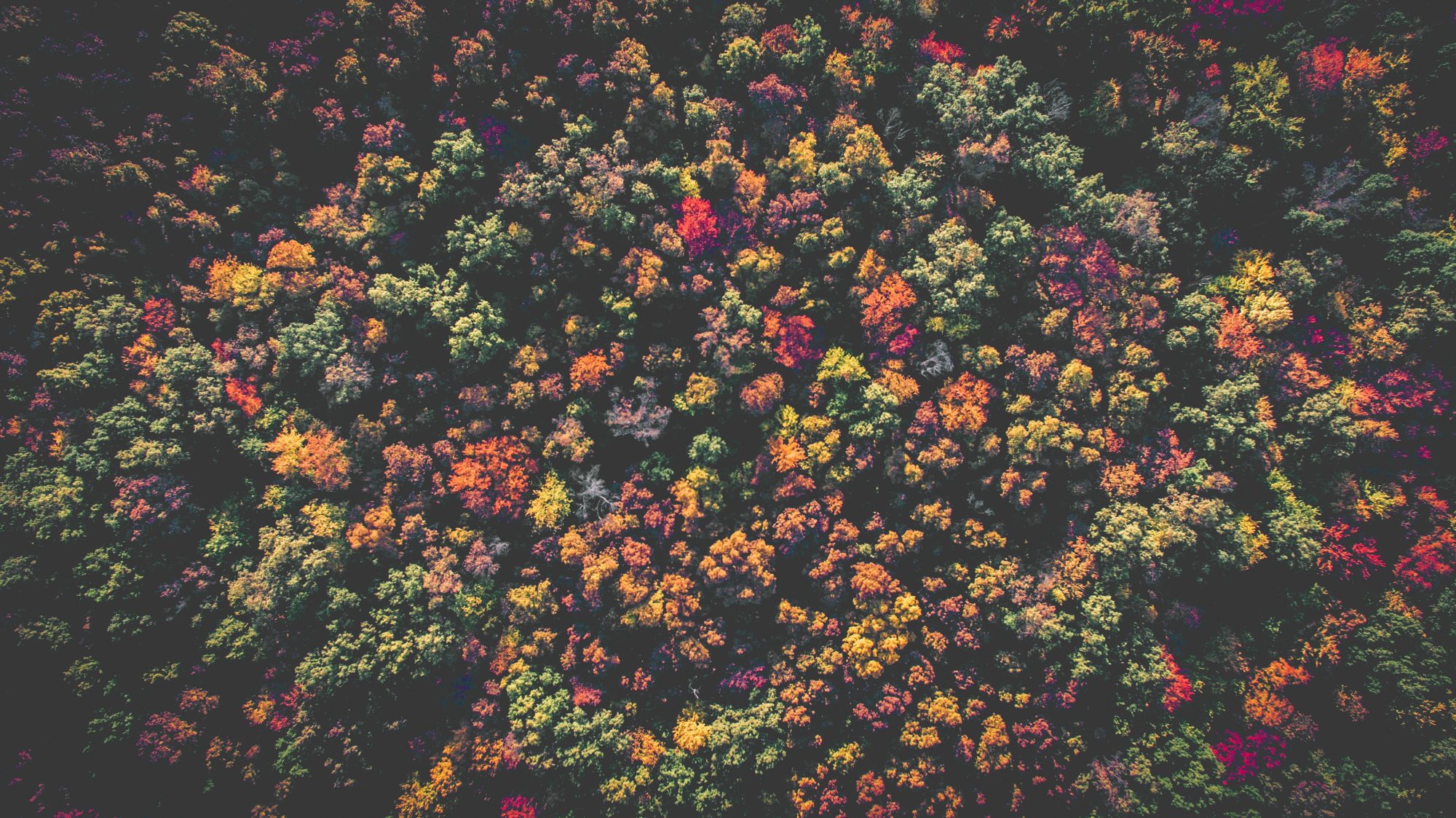 “Politics makes strange bedfellows,” said Charles Dudley Warner. Surely it has only gotten worse since his time. An industrially minded society drained of solid philosophical thinking does what it does, which is to reduce the complexity of reality into as few parts as possible. So, in our day, all thinking somehow falls within left and right – conservative and liberal – so if you want to stay within your tribe you’re going to have to accept the ideologies that frolic in its hunting grounds. In the case of “caring for the earth”, strange and unhelpful divisions have crept up, and conservatives seem to find themselves defending those that plunder the earth without regard and unwilling to join those with “bleeding hearts” for “the environment”. A true conservative, however, has no problem defending the land from which he came, lives from, and will return to. And, more importantly, he defends that land in conservative ways – ways that work and respect the nature of things.

Today all sorts of strange ideologies get force-fed as conservative thought, when they aren’t really well thought out at all. I have no idea what you hear when I say “conservative,” but I am speaking in the veins of authors like Chesterton, Nisbet, and Kirk. A conservative “is a person who believes there is something in our life worth saving,” as Russell Kirk said, and nature is worth saving if it is being hurt.

Conservatives, as Kirk also argued, recognize an enduring moral order received through tradition and custom and manifested in beautiful varieties of local and particular places, peoples, and cultures. One of the greatest threats to this order is the consolidation of power, especially at the expense of the “particular”, as Wendell Berry calls them, referring to what and who is actually there before us. The terms of the current debates over care for the earth get put into two camps, and both of them are consolidations of power – big business and big government – which means they are a threat to traditional bonds of family and place and, therefore, threats to conservative principles. And both of them lack the closeness to understand and, I think, answer the problem. Neither of them have the affection for the land they’re talking about, because they speak of them in systems and abstracted ideals, not real things worth knowing and, therefore, conserving.

I would agree that currently the “green movement” is overrun from those on the left, so solutions often lean toward heavy state control that repel the conservative mind, but that is a separate issue altogether from caring about and for the health of the land in general. It is still quite normal, human, and conservative of me to think that a tender heart toward the land and sea is an important way of thinking, but, as Roger Scruton, has said:

The green movement has taken over this natural way of thinking and made it into an ‘ism,’ something that you join. It took over from Marxism and socialism at the moment they were thought to be lost causes, and recruited the same kind of people – people who felt they were ill at ease in the world and wanted some comprehensive plan for remaking it… They come with massive, worldwide plans for a new form of government that will control our souls and will replace the old, inadequate ways of compromise. It’s essentially the same mindset that imposed communism on the Russians and the Eastern Europeans and the Chinese. (A Philosopher on the Decline of the English Countryside, Brexit, and the European Project:
Roger Scruton’s conservative environmentalism. The Weekly Standard, Nov.27, 2017)

On the other side of the spectrum conservatives seem to find themselves defending giant corporations that are particularly exploitive of nature for the reason of defending a “free market”. Yes a conservative values an open and free market, but this is always in relation to the reality of what it does. There are absolutes in life, but market freedom is not one of them. If that market is destroying something worth conserving, a conservative would speak up. “It is a plausible conservative response not to advocate economic freedom at all costs,” says Scruton, “but to recognize the costs of economic freedom and take all steps to reduce them.”

The fact is that nature is being abused as anyone who has eyes to see can see, and it is not morally permissible to abuse creatures of God. We should, therefore, be eager to see it cared for since this is literally a primordial command from God. Peace on earth requires peace with earth. As Joseph Pearce has said:

The dominion granted to man by the Creator is not an absolute power, nor can one speak of a freedom to ‘use an misuse,’ or to dispose of things as one pleases. The limitation imposed from the beginning by the Creator himself … shows clearly enough that, when it comes to the natural world, we are subject not only to biological laws but also moral ones, which cannot be violated with impunity. … To be truly contented, to be at peace with oneself, it is essential to be both at peace with Creation and its Creator. (From Small is Still Beautiful)

So, taking this as such, where do we go if we can’t fall into cheerleading camps of big business and big government? I would say we need to consider well the conservative principle of beginning with the value of local place and custom – “subsidiarity” as Catholic social teaching puts it. Pope Leo XIII said as much in Rerum Novarum, which recommended small bands of men uniting economically and fraternally in the face of the threats of socialism and untethered capitalism.

In Wendell Berry’s latest book, The Art of Loading Brush, the longtime conservationist deals quite harshly with the “green movement” because he sees it as a fad, and not an act of neighborly love, which it ought to be. “ [The term] ‘global warming’ is a ravenously oversimplifying phrase,” Berry claims, “that gobbles up and obscures all the myriad of local instances of waste and pollution for which local solutions will have to be worked out if waste and pollution are ever to be stopped.” If we recognize the problem of abusing nature, then it must begin with the way we live, in our own home, and then out from there. Berry says:

This too recognizes that these “green” issues are not just outside of us, but reflect something happening in our souls. As the Catechism says, the seventh commandment “requires a religious respect for the integrity of creation,” which means abusing nature is a lack of religious integrity (CCC 2415, my emphasis). So, for example, instead of berating people over sorting their trash and using less fossil fuel, is it worth asking why you order so much junk that so much waste and fuel is used? Don’t judge the aluminum can in your brother’s trashcan and ignore the mountain of (well sorted) consumerism in your own.

Having affection for a real place leads us to believe that other places have people that care and, therefore, should not be abused. Taking the conservative route of considering the myriad of places and peoples helps us avoid slamming them all into unintelligible masses that need management by experts and scientists. I prefer to say “land” or “place” instead of “earth”, because “land” is something you feel and know, whereas the “earth” is such a large idea that it becomes abstracted. The “environment” is another abstracted word that places man outside of nature – as if it exists in a terrarium that we can adjust the temperature on. I doubt any song about “the earth” will rouse the heart of a normal man the way a song of his land does. And, that’s what we should do; rouse the hearts of men toward their homes. They have no other place than earth to make that home, and it is worth defending for that reason alone.

So, I might be with you in eye rolling over grand and abstracted “global plans” for “global warming” because I see such talk as amazingly idealistic and prideful, and, not to mention, very distant from ways of life that might need to change (you know, self-denial). But, I find great camaraderie in local alliances and efforts at changing the way we actually live within the real world. Even if the major news channels divide me from my neighbor in left and right paradigms, they should not be able to divide us from the care of our common home. “The earth is the Lord’s,” after all, and I want to treat it like I believe that (Psalm 24).

Why All Males Need Rites of Passage