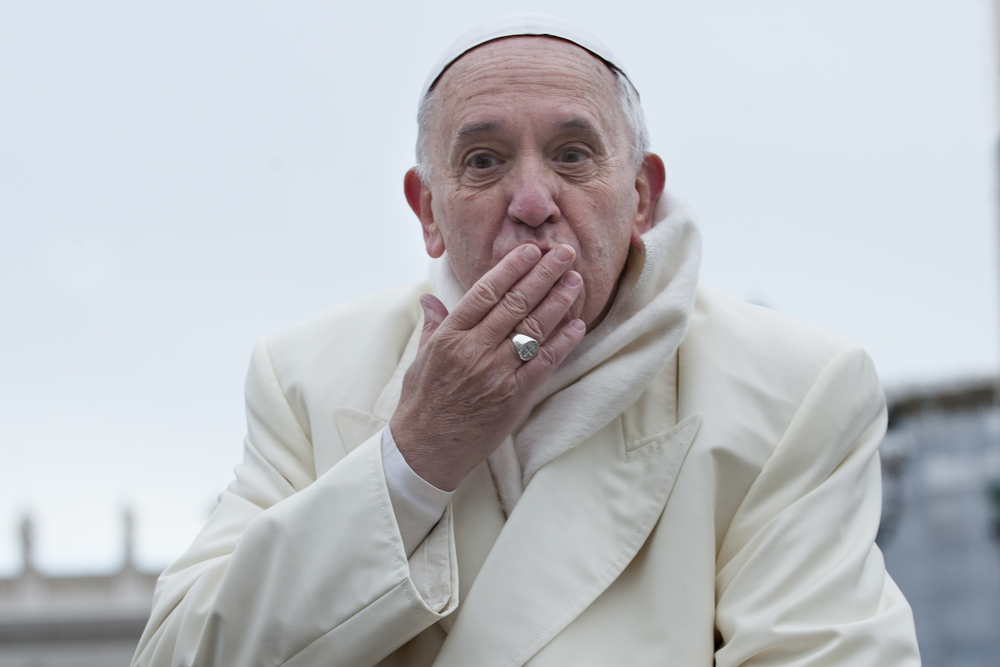 “Politics must not be subject to the economy, nor should the economy be subject to the dictates of an efficiency-driven paradigm of technocracy. Today, in view of the common good, there is urgent need for politics and economics to enter into a frank dialogue in the service of life, especially human life. Saving banks at any cost, making the public pay the price, foregoing a firm commitment to reviewing and reforming the entire system, only reaffirms the absolute power of a financial system, a power which has no future and will only give rise to new crises after a slow, costly and only apparent recovery” (Laudato Si, Pope Francis, paragraph 189).

Pope Francis is using strong language about the relationship between politics and economics that we as Americans and as men, in particular, take for granted in the matrix of our socio-political life. The critical words of Pope Francis invite us to take a deeper look at the motives and values beneath the basic structures of our politics and economy. Many Americans take for granted that our Democratic Republic paired with laissez-faire Capitalism is the best we can come up with right now at this point in history. When I try to bring up a critique of American democracy (e.g. the legalization of gay marriage imposed upon an entire nation by the vote of a supreme court) or try to uncover the motives and values behind our Capitalist economic system, I usually encounter sensitivity and hostility around these issues, even among good and faithful Catholic men.

As we begin to enter into the 2016 presidential campaign it is important to apply some of our Catholic philosophy and theology to our social life as it is manifested in politics and economy. This article will focus primarily on the aspect of economy in light of Pope Francis’ consistent critique of Capitalist consumerism and his formation and spirituality as a Jesuit priest in the Ignatian (St. Ignatius of Loyola) spiritual tradition.

As quoted above, Pope Francis speaks to our temptation to attribute an “absolute power” to the economic system, which many of us have used to make ourselves relatively rich. As a priest with a resolution to live a life of unique simplicity, I realize that I can survive on substantially less than most married men with children, and this will color my own words around money and the economy as well. Perhaps we should consider the strong words of Pope Francis as a prophet using clear black-and-white language in order to focus our attention on how we use money. We all know we struggle with anger and lust and impatience and selfishness, but greed seems to strike us differently. What do we do about our greed?

First, it is important to admit that many men unconsciously cover up their greed with the honest and acceptable desire to simply provide a better life for their children and family. Of course, there is a very good and reasonable desire that lives in the heart of every man to be a good provider for his family. But where do we draw the line between providing the necessities and basic leisure versus excess riches? This question is almost completely foreign to our economic system and sometimes even to the mindset of the average Catholic man. However, the Lord Jesus has made it very clear that all of His followers are to practice some kind of poverty. “Go and sell all your possessions and give the money to the poor, and you will have treasure in heaven. Then come, follow Me” (Mk 10:21).

To adequately answer this call of our Lord’s we must cultivate a spirit and mind for discernment. When it comes to discernment, St. Ignatius of Loyola is one of the best teachers we can turn to in order to know and do God’s will in our lives. One of his most famous meditations used for discerning God’s will is called the Two Standards. The first part includes a meditation on the standard (or flag) of Satan, and the second part leads to a meditation on the standard of Christ.

St. Ignatius explains in the second point under the Standard of Satan that we should, “Consider the address he makes to them, how he goads them on to lay snares for men and bind them with chains. First they are to tempt them to covet riches (as Satan himself is accustomed to do in most cases) that they may more easily attain the empty honors of this world, and then come to overweening pride. The first step, then, will be riches, the second honor, the third pride. From these three steps the evil one leads to all other vices” (The Spiritual Exercises of St. Ignatius, Based on Studies in the Language of the Autograph, by St. Ignatius of Loyola, trans. by Louis J. Puhl, S.J. Loyola Press, Chicago. P. 61.).

Now consider how riches, honors, and pride motivate and sustain our current economy. Think of the Stock Market, Hollywood, and the N.F.L. Pope Francis himself is a Jesuit priest formed in the school of St. Ignatius. In this light, I think we can begin to see that the Holy Father is not critiquing Capitalism in favor of Socialism or Communism (both of which are condemned by the Church, c.f. Pope Pius XI, Encyclical Divini Redemptoris), but I would suggest that he is critiquing the spiritual values beneath our economy. Pope Francis is making a deeper critique than most American men have ever considered. He is not saying that the system itself is the problem, but rather the underlying spiritual values that motivate our economy are the real problem.

Taking a hint from our Lord, St. Ignatius of Loyola provides the antidote for these rotten values of riches, honors, and pride. “Consider the address which Christ our Lord makes to all. . . first by attracting them to the highest spiritual poverty, and should it please the Divine Majesty, and should He deign to choose them for it, even actual poverty. Secondly, they should lead them to a desire for insults and contempt, for from these spring humility” (The Spiritual Exercises of St. Ignatius, P. 62). Based on this meditation, it seems that Pope Francis’ critique of our economy is pointing to a deeper reform that must take place in the hearts of men before any kind of reform is ever going to effectively take place in the systems of our economy.

For those who are interested in alternative theories of Capitalism, I would recommend looking into Distributism. G.K. Chesterton and Hilaire Belloc were both developers and promoters of Distributism (http://www.remnantnewspaper.com/Archives/2011-1225-ferrara-distributism.htm). Ultimately, the Lord asks us to follow Him in poverty, but it’s up to us discern what He is asking of us in our unique walk of life.

The Roseto Effect: How Losing Community Kills Us