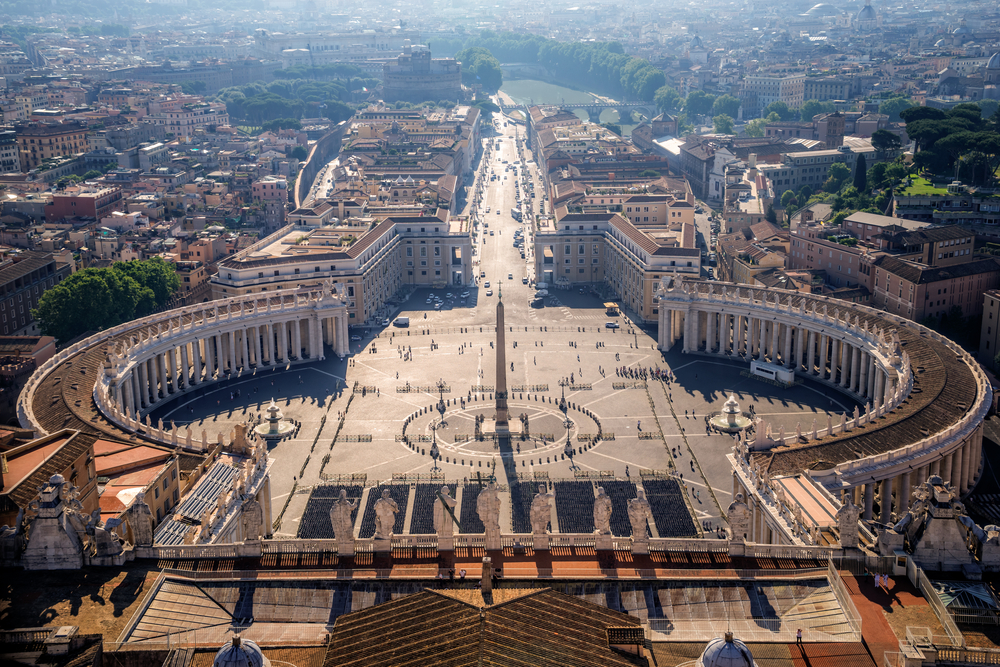 A bumper sticker shared with me the other day that “A closed mind is a wonderful thing to lose.” This shouldn’t be an unfamiliar idea for any of us: “open-mindedness” has become the chief virtue of the modern age. Whereas the ancient philosophers identified prudence as the “charioteer of the virtues” – that skill by which a man would guide all of his interactions with the world and other people by a true grasp of what is right and good – “open-mindedness” has now taken this place in the mind of modern man. Now a person’s actions, it is claimed, must be guided by a mind that accepts nothing as true or good, except what each individual declares to be so. It would appear, with such a virtue in the driver’s seat, that there are no longer any universal guidelines for action at all. It is logical, then, to wonder where precisely our newly-ordained “charioteer” is leading us.

The problem with the concept of “open-mindedness,” though, is that it is a vague one. Certain people use it differently than others and for different reasons. Three prominent ideas of what it means come to mind:

This model comprises those who accept all beliefs as true indiscriminately. No one is wrong; nor is anyone right, for that matter. The only way that something can be considered “true” is if the phrase “for me” is appended to this assertion. This model treats life as if we were all members of the human resources department of a Fortune 500 company – we just need to get along and speaking about “truth” can seriously jeopardize that goal.

The primary motive here is another ideal of our society: individualism. Each person should be able to find his or her own way – we’re human beings with free will, after all. There is some good truth to this idea; however, when the value of individualism becomes so pronounced that it eclipses the value of truth, we enter into the domain of relativism: the idea that nothing is true at all.

The ancient philosopher Socrates also fought against the idea that truth changes according to the circumstances or demands of a given situation or person. His adversaries where called the “Sophists,” those who used reason for personal gain, not to seek truth. In a sense, this form of open-mindedness is the newest variation of sophism: giving up truth in order just to get along.

2. The “Law of Progress” Model

The second concept emerges from an often-unspoken law that we have accepted in our culture: that everything that happens is a form of human progress, leading ultimately toward societal self-perfection. This notion accepts that human beings and human societies are constantly recreating themselves and emerging stronger and better with each generation: a sort of “survival of the fittest” on the cultural level. (In passing, it should be noted that history itself is the best counter-argument to this idea.)

Those who consider themselves “open-minded” in this way are people who do, in fact, accept truth. But it is a truth that changes according to the “spirit of the age,” the popular opinion of any given time. Open-mindedness is the “virtue” that allows us to change with it, accepting what is new with open arms, though it may well contradict our former convictions. The best example of this concept is the argument, “It’s 2015, after all!” – which is taken to be a self-evident proof of any given idea.

The only thing that is false or wrong in this model is to hold on to what is old, to reject “progress” as it comes. In turn, anything that criticizes the blind optimism of the Law of Progress is rejected, demeaned, and scorned (often in an irrational way).

The third model is held by those who fear being “defined” or “labeled.” By refusing to own up to any personal convictions, a person can fit into any situation in which he finds himself with the least resistance or notice. Insecurity is the dominant force behind this fear of committing to any one concept of truth. Although this looks very similar to the first model, the difference is noticeable: while one accepts others’ ideas of truth, he claims none for himself in order to avoid the potential rejection, embarrassment, or ridicule that such a conviction could bring. “Open-mindedness” is just the name for this tactic of avoiding the suffering or discomfort that accepting any one truth might cause.

The model from which the bumper sticker that I saw was operating is beyond the scope of our inquiry here. Likewise, an extensive rebuttal to the ideas presented above lies beyond the purpose of this article. It is hoped only that these distinctions will bring some intellectual clarity to the reader and serve as the foundation for the real question at hand.

And the question is this: Can a Catholic, too, be open-minded?

The classic Catholic response to the ideal of open-mindedness is provided by a quote from G.K. Chesterton: “Merely having an open mind is nothing. The object of opening the mind, as of opening the mouth, is to shut it again on something solid.” The mind was made for truth (as the mouth for food); to deprive it of its satisfaction would be unnatural. The Catholic mind accepts that “truth” refers to a proper grasp of reality: both by understanding the reality fashioned by God within the natural order of the world (truth that reason itself can comprehend) and by accepting the realities that God reveals (truth which is beyond human reason, but perfects it). Truth for a Catholic is unchanging and eternal – once found, the mind should close itself upon it.

It’s clear, though, that accepting the idea of objective truth is precisely what the world means when it calls a person “closed-minded.” Our temptation might be to respond by saying, “Well, we’re quite alright being thought close-minded, then.” Yet, a more important question arises. How can a Catholic evangelize, dialogue, and propose Christ precisely to this culture, which so deeply values an open mind, but also equates this openness to a rejection of truth? How do we avoid the supposed capital vice of having a “closed mind” and, thus, ruining our hope of engaging the world?

I’d like to propose three rules for discussing the idea of truth with people that make one “open-minded” in a much more authentic and helpful way:

St. Thomas Aquinas had an enlightening adage: “Seldom affirm, never deny, always distinguish.” The mind is made for truth, it can’t believe pure falsehood. Every false idea has some foundation in truth – otherwise, the mind would find it laughable. The key when discussing false ideas that people hold, then, is to avoid denying them outright; instead, find the truth within it, highlight that truth and say that the idea is true if meant in this particular way. Catching flies with honey is always easier than with vinegar.

2. Understand that the truth has you, not the other way around.

Belonging to the Church that claims to be founded by Christ himself and to possess the fullness of truth can get to our heads sometimes. Our grasp of the truth is never complete and our minds are often too narrow to understand the wide-ranging implications and significance of the truth that we accept by professing Christ, who is the Truth (Jn 14:6). Giving people the benefit of the doubt and entering into dialogue can often reveal a potential harmony that exists between the Faith and their deeply-held convictions that our narrow mind missed at first.

A person who believes something incompatible with the truth accepted by reason and revealed by God is precisely that: a person. And a person has an intellect and free will that must be respected. That doesn’t mean that they are capable of producing truth on their own; it does mean, though, that coming to embrace the truth is a process that respects the complexities of realigning that intellect and free will. The truth can never be wielded as a sledgehammer. Real open-mindedness requires an openness to accompanying a person along this road and responding to his changing needs as his mind more fully embraces Truth Himself.

The mind was made for truth, to grasp it as a hand grasps a treasure. Being open-minded enough to lead someone to this discovery, then, greatly fulfills that person and makes him discover the joy of knowing the truth. So, to a culture that loudly proclaims that “A closed mind is a wonderful thing to lose,” it remains our task to propose something more satisfying: “An open-mind can be a terribly fulfilling thing to surrender.”

individualisminsecurityopen-mindedprogressprudencerelativismtruth
01 / 09 / 2017
Back to all articles

Advent is Here, Knot Your Ropes