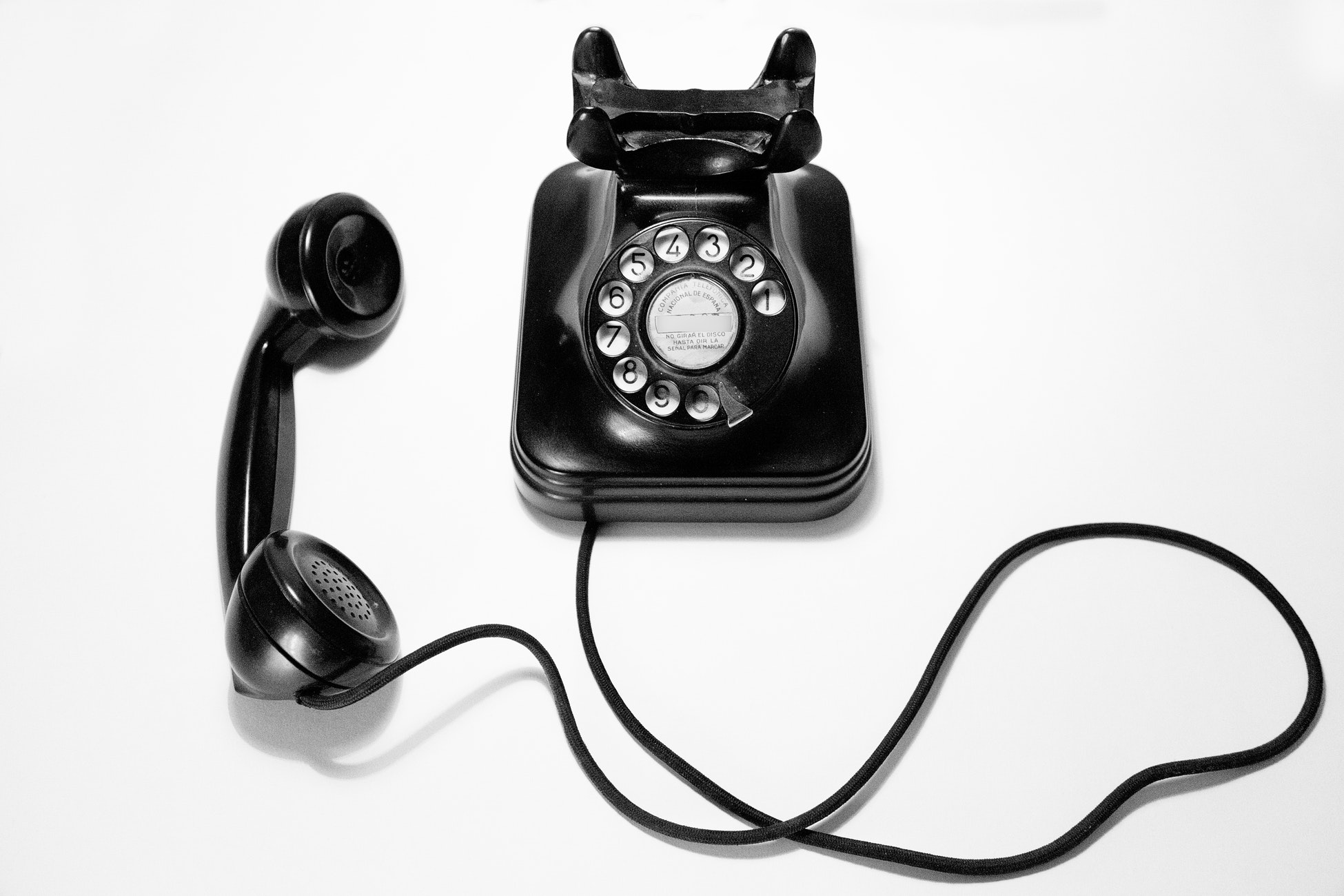 Anyone reading this born after 1960 will not be able to comprehend the concept of a small-town telephone operator. That person in my growing up years in Lawler, Iowa was my Aunt Stella Shekleton, Dad’s sister.  Because our technologies are multiplying and changing so rapidly, and that now so many of us are growing up knowing nothing different from the present plugged-in world, I think it’s worth seeing how different it was in fairly recent times.  In other words, its not just that we need to recognize that things have changed but see how those things are changing us.

Operator Stella combination office/apartment home was in a small cement block building on the south side of Main Street, adjacent to the Lawler Locker on the east and Martin Dergen’s small wooden home on the west. She was widowed before age forty and had what many believe to be the most important job in Lawler.

If there was a fire, she was the first to know. Stella literally had the fire alarm switch within reach of her chair.

When someone died, she was the first to know since people called Stella to notify a priest, doctor, undertaker, sheriff, or relative.

When a new baby was born, she was the first to know.

In the 1950s there was no such thing as a direct call from one person to another. Instead, you dialed the operator and told her whom you wanted to reach. That is unless you happened to be on a party-line. In that case, you had to either wait for your neighbors to finish their conversation, or ask them to hang up so you could make your call. There was no hope of privacy in those instances, as your neighbor felt perfectly free to listen in on your conversations. The process began in the home when callers hand-cranked a phone on the wall, held a receiver against one ear, and spoke into a mouthpiece device that enabled them to talk to her.

People left messages with Aunt Stella similar to what you might leave on your voice mail system today: “Stella, if anyone tries to call me, please let them know that I’ll be in New Hampton until five o’clock. They can try again after that.”

Father Delay was our Mt. Carmel Catholic Church pastor for twenty-five years and, I think, considered her to be his private secretary. Frequently I sat listening to Aunt Stella taking calls. She explained his whereabouts and when they could expect to reach him. You didn’t get to Pastor James without going through Operator Stella!

I was fascinated by what seemed to me amazing technology of the era. She wore a headset that was really cool, and sat at a control board that had plug-in wires similar to what you might see today on the back of a flat screen TV. The cords retracted back into the base when pulled out of the board. People would often place their calls, address her by name, and say something like, “Hi Stella. How’s it going today? Please call 42R3 for me.” (Or more often than not, just ask for McKone’s Phillip’s 66 Station or Annie Corrigan, because she knew everyone’s number by heart.)

Stella responded with a friendly, “Hello,” and asked how the garden was holding out in the dry weather or if hubby was getting over his cold. Only then did she plug one of those cords into a designated hole to make the connection. I’m sure it was a process that she could do with her eyes closed, but seemed like magic to me.

In a way I consider her to be a precursor to 911 calls, because there was no doubt what to do in case of an emergency: Crank your phone and Stella would get you help!

I have especially fond memories of her on Christmas Eve because of a tradition that began when little brother Tom and I were very young. Mom (a widow), our older siblings, Uncle Carl, and Aunt Lois (visiting from the Twin Cities) would send the two of us down to wish her a Merry Christmas. It was a half block north and half block east of our house, so literally took us only about two minutes to get there. During our conversation there would come a call that she answered, and turn to us with an excited look on her face, “Get home right away boys! That was your mom and she said that Santa is at your house. You need to hurry if you’re going to catch him!”

We sprinted with wild enthusiasm toward home, but always “just barely” missed him racing up our chimney. That raised two concerns: 1.) It was very frustrating to come so close to seeing the old guy, but never quite be able to do so; and 2.) we didn’t have a fireplace in our Depot Street home. Instead it was a fuel oil burning stove that furnished heat for the house and changed the pipe’s color to a scary bright orange. It was beyond me how an overweight, bearded old man managed to wiggle his way up that skinny, scorching -hot pipe—and come through the ordeal unscathed.

Thank goodness he was able to leave toys despite those seemingly impossible obstacles. But it occurred to me more than once that Tom and I would have been able to witness it for ourselves had we not gone downtown to wish Merry Christmas to our beloved aunt.

All of my friends loved Aunt Stella and she loved them. I mostly remember her as being frail after developing Parkinson’s Disease at a relatively young age, probably in her mid-fifties. She was able to continue working for a long time despite her handicap and, to the best of my knowledge, was the only full-time telephone operator that Lawler ever had. It was during her later years in the position that phones were installed with which you could actually dial a number directly, without the services of an intermediary.

I understand that progress is progress, and do not wish to turn back the clock. Cell phones are terrific. Being able to talk to and see my little brother Tom and his family when they were living in the Netherlands on Skype for free was great.

But there’s something just a little sad about not having a telephone operator wish you well on that new baby. Or congratulate you on the job-promotion. Or tell you how sorry she was that your grandma died.

Or let you know that Father Delay drove to Dubuque for the day, but will be back by noon tomorrow.  I know we’re more connected than ever, but it seems we’re also more disconnected from such humanity.  It’s a paradox that’s hard to grasp.