Lead Your Wife With Authority, Not Power 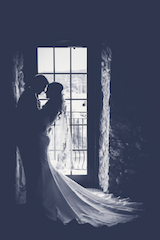 Fr. Robert Sirico is fond of referencing the sociologist Robert Nisbet for his distinction between power and authority.  In his book The Soul of Liberty, Fr. Sirico describes Nisbet’s distinction in this way:

“[B]oth authority and power are forms of restraint, but…power is an external form and authority is an internal form.  With power, we are coerced; with authority we acquiesce.  Whereas power displaces the need for internal consent, authority legitimates itself by persuading us of what we need to do even if it is not what we might first desire to do.”

Fr. Sirico generally references Nisbet’s distinction in the context of discussions on political and economic philosophy, but the distinction is very relevant to other spheres of life as well.  I would argue that it is particularly relevant to the spousal relationship.

One of the most controversial passages in Sacred Scripture is found in Ephesians (Eph 5:22-24), where St. Paul exhorts wives to “be subordinate to their husbands”.  He says the following:

In his letter to the Colossians (Col 3:18), St. Paul again gives similar instruction:

Wives, be subordinate to your husbands, as is proper in the Lord.

For the 21st century hearer, these words can be very difficult to stomach.  This is in part because of the extremely foolish notion of “absolute autonomy”, which holds that each person should be free to do whatever he or she would like, without reference in any way to anyone else, unless, as the (disingenuous) claim goes, another is being hurt in the process.  St. Paul’s words are also very difficult to stomach because of how they’ve been misunderstood.

Very worthy of mention in this regard are the words of St. Paul that immediately precede the first Scripture passage I quoted: “Be subordinate to one another out of reverence for Christ” (Eph 5: 21, emphasis added).  These words make it clear that the Scriptures do not denounce the idea of dual subordination—wife to husband and husband to wife—in the spousal relationship.  In fact, the Scriptures endorse this idea; and the ideal, it seems, is mutual cooperation and “being of the same mind” (Phil 2:2). Nevertheless, St. Paul’s exhortation in Ephesians is a strong one.  How are we to understand it, and what does it mean for our marriages?

Here I think Nisbet’s distinction between power and authority is very pertinent.  As I have said, St. Paul’s words about the subordination of wives to their husbands can be so distasteful because of how they’ve been misunderstood.  I would argue that prideful men have taken them to mean that a husband is in a position, not of authority, but of power, over his wife.  These men have also seemingly forgotten that the Scriptures exhort them to be subordinate in marriage also.  If you cannot tell, I am not in agreement with such men.
For one thing, if we understand power as coercion and disregard for one’s free will, it is accurate to say that not even Christ is in a position of power over his Church, for He coerces no one into following Him.  Moreover, the idea that a husband has power over his wife breeds arrogance.  Its motto is, “what I say goes”, and it looks upon women as having nothing valuable to offer.  It always has the first word and the final word; there’s no room for discussion. For husbands who desire greatly to love their wives “even as Christ loved the church” (Eph 5:25), I submit that there is a better way.  By all means, by the authority—i.e., the persuasive power (no pun intended) of truth spoken and lived in love—vested in you by Christ, lead your wife with manly virtue!  But also let her lead you; be humble and learn from her.  For you have both been given this command: “Be subordinate to one another out of reverence for Christ” (Eph 5: 21, emphasis added).