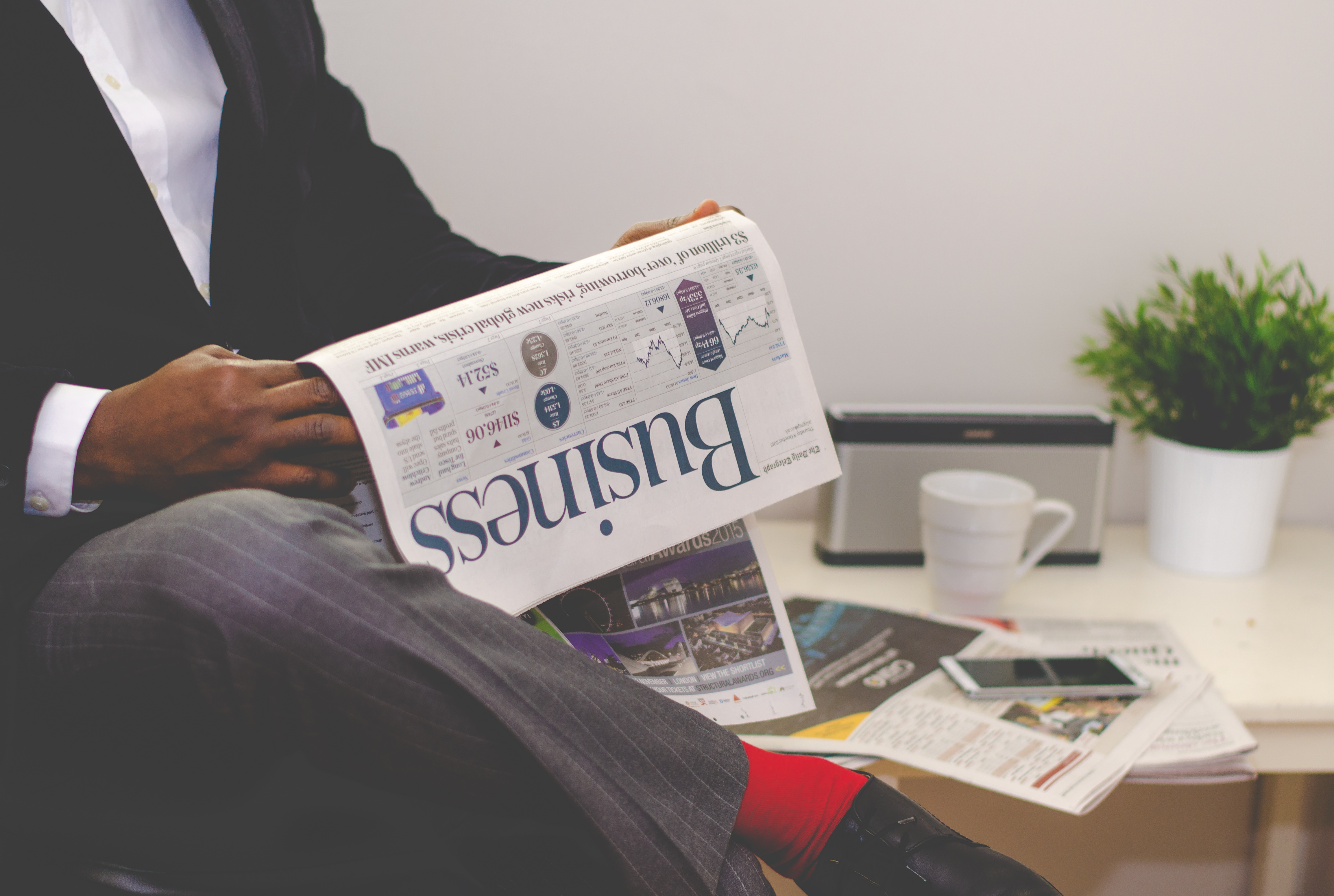 The Catholic intellectual corners of the internet and social media have been abuzz lately with reaction and commentary after a group of self-identified Catholic socialists calling themselves the “Tradinista!” posted a 20-point manifesto on their website. Many in the Catholic blogosphere and widely-read online journals like First Things and Ethika Politika have weighed in on the burgeoning phenomenon. Some of these authors claim to know members of the Tradinista! Apparently they are traditional, Latin Mass-going, pious Catholics, yet they are unapologetically socialist – an odd combination to say the least.

In a previous article here at Those Catholic Men, I unabashedly declared that “socialism is wrong for men” and listed three reasons why that is the case, with reference of course to Pope Leo XIII’s Rerum Novarum, which condemns socialism in no uncertain terms. At least a few readers left feedback going so far as to claim that the piece was just a shill for capitalism. What those readers missed, however, was the fact that nowhere in that article do the terms “capitalist” or “capitalism” appear. This was done purposefully. Socialism may indeed be wrong for men, but that means nothing for capitalism. We must evaluate capitalism on its own merits, something the Tradinista! may help us to do.

Now, much of the Tradinista! Manifesto reads like recycled Marxist talking points with a veneer of Catholic social teaching (or, depending on how you look at it, elements of Catholic social teaching with a veneer of Marxism). Throughout the document one senses the authors’ “Bern”-ing passion for their own socialistic theology. It can be difficult to find the nuggets of truth ripe for fruitful discussion. Though, for as much as they get wrong (again, see my previous article), their leftist perspective could, as David Mills argues at Ethika Politka, “force more politically and economically conservative Catholics to take neglected aspects of the Church’s social teaching more seriously than they do.” And therein may lie their most beneficial purpose.

If what Mills says is true, then some of the Tradinista!’s writings should offer up ideas for “more politically and economically conservative Catholics” to strongly consider. As an example, let’s evaluate the sixth point of the Manifesto:

The foundational relation of capitalist society is between those who are compelled to sell their labor-power on pain of destitution and those who, by their ownership of capital, are enabled to exploit the former. Since it is premised on workers’ lack of economic freedom, this structurally-unjust relation must be eliminated; and in doing so, the capitalist class – which serves its own ends, detrimental to the common good of society – will also be done away with.

Admittedly, my eyes tend to roll when reading about “exploitation” of the laborer and other allusions to class-conflict frequently included in Marxist writings such as this. So, I am an unlikely candidate to suggest learning from socialists. The language in the point above seems to be particularly anti-capitalist and runs completely contrary to the familiar rhetoric of classical liberalism. But is it wrong? Though we may not like the prescription, must we necessarily disregard the diagnosis that capitalism is flawed? Perhaps we need more evidence.

To find that evidence, let’s turn to a sobering article by Bob Davis and Gary Fields recently published in The Wall Street Journal featuring the town of Reading, Pennsylvania. Davis and Fields use Reading as a case study for the plight of blue collar communities around the country in a post-Great Recession economy. They list a litany of problems that are threatening to undermine the social fabric of this community, though one word seems to be a fitting summary: desperation. “Dozens of prayers are scribbled in ink on poster boards at St. John’s German Lutheran Church in downtown Reading, imploring spiritual help for jobs, a chance to finish school or escape from the ravages of drugs,” they write. The desperation is palpable.

Because it is an election year, the article also attributes to that growing sense of desperation the improbable rise of Donald Trump and Bernie Sanders as leading candidates for president – two men with profoundly differing views on economics, but each in his own way appealing to a segment of society who otherwise feel they have no voice. Both men have had such surprising appeal in this election cycle because they, like the Tradinista!, have been able to diagnose some of the problems faced by communities like Reading.

As Catholic men, what do we make of all this? What is the root cause of the fraying social fabric and desperation found in Reading, PA and other towns across the country? How can we respond to the desperation, isolation and voicelessness we may feel in ourselves or see in others? Facing the temptation to desperation, should we place our hope in political leaders and their vision of what constitutes sound economic policy?

An important first step is to admit our system is not perfect, and to recognize some of the inherent problems. Could it be the capitalist system which has offered jobs to millions of people but, despite the wealth created, has left ownership in the hands of a few? Could it be a flaw in this system that leaves thousands unemployed and seeking a means to support their families when those jobs are no longer needed or moved overseas where labor is cheaper? To be sure, there are other problems in Reading: breakdown of family life, a decreased marriage rate, more children born out of wedlock, rampant drug use, and so forth. To their credit, Davis and Fields repeatedly mention both the economic and social factors because it is clear that they impact each other, though it’s difficult to say which led to which. Regardless, the example of Reading gives a lot of credibility to the points raised by the Tradinista!, especially in their critique of capitalism.

In these desperate times, what Trump, Sanders and the Tradinista! offer above all is hope: hope that our problems can be solved, that the ills can rectified, that justice can be restored. The problem is that all of them, especially the Tradinista!, propose the replacement of one economic system with another. Such a proposal is doomed to fail.

Dr. George O’Brien, the same economist whom I quoted in the previous article condemning socialism, puts it this way:

“Capitalism found its roots in the intensely individualist spirit of Protestantism, in the spread of anti-authoritative ideas from the realm of religion in the realm of political and social thought, and, above all, in the distinctive Calvinist doctrine of a successful and prosperous career being the outward and visible sign by which the regenerated might be known. Socialism, on the other hand, derived encouragement from the violations of established and prescriptive rights of which the Reformation afforded so many examples, from the growth of heretical sects tainted with Communism, and from the otherthrow of the orthodox doctrine of original sin, which opened the way to the idea of the perfectibility of man through institutions.”

In a lengthy essay entitled “Ethics and the National Economy,” the Jesuit Fr. Heinrich Pesch offers a similar perspective:

“If we proceed to eliminate all ideal ethical values and powers, and if we install in their place the purely natural instinct of self-love as the guiding force in the economy, and if we go one step further and demand complete freedom for this guiding force in the quest by individuals for profit, then we should not be surprised by the consequences. A system which proceeds from false premises – as the free enterprise system does – and which is self-contradictory, can only lead to absurd consequences when it goes into operation. And what are these absurd consequences? They may be summed up into two words: capitalism and socialism.”

My fellow Catholic men, in the final analysis, capitalism is wrong for men for some of the same reasons that socialism is wrong for men. Let’s not fool ourselves into thinking a perfect economic system exists. Our world will continue to slog along under imperfect leaders, with imperfect systems and imperfect institutions until Christ finally returns to establish his reign over the Universe. Facing the temptation to despair, we have to remind ourselves that our purpose is to get ourselves, and hopefully our families and friends, to Heaven. Despite what you may hear from Trump, Sanders or the Tradinista!, that is something you can do in any system.

Churchcouragefatherhoodfreedomhistorypolitics
10 12 2016
Back to all articles

Let’s Fast and Pray on Fridays to Protect Life