I Believe in Me: Naming the New Ideology 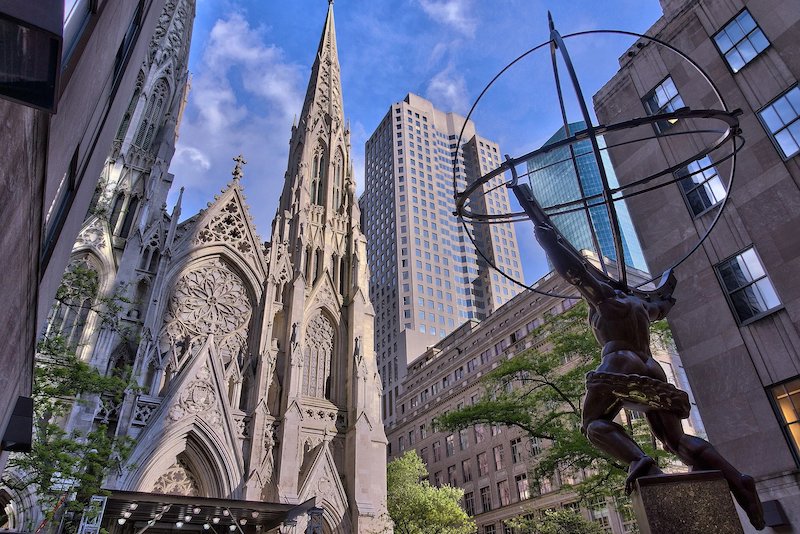 We are clearly facing a revolution, a radical turning away from the past–both the American founding and from Western Civilization more broadly. A wave of iconoclasm sweeps away not simply statues but even institutions, including the most foundational: the family. What is arising to fill the void? It’s not clear, although we can point to a vague assertion of self, values of equality, relativism in the face of clear truth claims, and advocacy for structural change through the power of the State.

Communism manifested itself a clearly defined threat. It had a stated agenda, first laid out in clear and succinct fashion by Karl Marx and Friedrich Engels. Because the ideology coalesced around the government of major world powers, it was easy to point to its poor track record, not only economically but even more importantly on human rights. Therefore, Ronald Regan could characterize the struggle with Communism in terms of a fight of good against evil, a characterization backed up by the continual teaching of the Catholic Church.

Now we have a much less organized though just a threatening opponent. Unlike an exterior threat that can be identified by party membership or control of a government, the West faces an ideology eating away at it from within. It’s not completely unrelated to socialism and Communism, but it reflects a way of thinking that has impacted every aspect of life. It draws upon earlier strains of thought from the Enlightenment, which may dead as an intellectual project even as its central goals continue to develop.

We are facing nothing less than a complete reordering of human life, focused on an odd but fitting combination of radical personal autonomy and dependence upon mass societal control. This ideology has saturated public education, media–including media designed for children–and even many churches. And yet, what is it? What exactly is the ideology that we’re facing and which erodes the family, public institutions, our cultural heritage, and faith?

It’s too complex and amorphous to offer a simple solution. However, we need to be able to recognize what’s has been emerging as a clearer and more consistent threat for decades. Naming it will help us to recognize it and speak of it.

It may seem odd to consider this new threat as a religion. Broadly speaking, however, it provides a vision of what ultimately matters, shaping belief and action in a kind of moral code. Modern ideology would fit within this broad understanding, even with the absence of God, creating a pseudo-religion that seeks to reorganize society, redefine the meaning of human life, and even to reshape humanity.

As he made clear during his famous homily for the Mass for the Election of a Roman Pontiff in 2005, that would lead to his own election, the new creed clearly opposes Christian belief:

Today, having a clear faith based on the Creed of the Church is often labeled as fundamentalism. Whereas relativism, that is, letting oneself be “tossed here and there, carried about by every wind of doctrine,” seems the only attitude that can cope with modern times. We are building a dictatorship of relativism that does not recognize anything as definitive and whose ultimate goal consists solely of one’s own ego and desires.

The conflict between these two creeds will define our age. Returning to the recent interview, Benedict even connections the new creed to the anti-Christ: “The fear of this spiritual power of the Antichrist is then only more than natural, and it really needs the help of prayers on the part of an entire diocese and of the Universal Church in order to resist it.”

Tenets of the New Creed

So what comprises this new creed? Its ideology mimics a religion by having a clear creed and expectations for its adherents. It answers the questions of Who am I? What I should believe? How I should act? What should be my goals? Consistent with this ideology, it doesn’t have a metaphysical doctrine but achieves the same effect by breaking down doctrine in iconoclastic fashion, seeming to leave the individual in supreme focus.

Ironically, there are moral expectations in this pseudo-religion. Although it speaks of tolerance and being nice to others, the new ideology seeks affirmation for everyone’s desires and choices. It also has rites that express radical autonomy. This helps to explain why abortion serves as a perverse sacrament for some politicians, an adequate term for something that makes tangible the assertion of one’s autonomy. Those holding to this ideology clearly delineate between the orthodox and heretic and do not hesitate to persecute the latter. I’ve already written about how we will be asked to worship the new idols of autonomous sexuality or face the consequences. It indoctrinates its view through public education and universities. Like most religions, it also uses art and media to convey its views, shaping the imagination and desires of youth even more effectively than schools.

What to Name It?

It is very telling that although we encounter this ideology every day and it has made consistent progress in our culture, we do not have a clear name for it. By nature, it is extremely slippery. Is there a thinker or book that captures the essence of the ideology? You could point to many partial expressions, but there is no one clear articulation of this ideology that unites its adherents. It’s more like a silent infection that seeps into us through the culture and shapes our beliefs and actions without us even realizing it.

Even if there are a number of names that could capture part of this ideology, none seem to unite it as a whole, helping to explain the lack of consensus. Liberalism, for instance, embraces so many aspects of modern life and has now come to stand for various strands of politics and religion. Modernism, likewise, has been used for movements in art and has even named an officially condemned heresy. Atheistic humanism or radical autonomy come closer to naming the essence of modern ideology, but they may not capture all aspects of it. Postmodernism is closer, although it has specific meaning in cultural criticism and does not simply represent all the aspects of this creed or have enough direction and force. None of these possibilities completely capture what we’re facing, although they could contribute something to our understanding.

How could such radical change hit our society and transform it so quickly? All of the change and continuing advocacy resonates with the central tenet of the creed: me. The family, sexuality, and understanding of the human person become subordinate to an ideology that advocates for greater freedom and personal rights, making it hard to withstand. The cult of self breaks down all that stands in the way of its freedom. Ven. Fulton Sheen described the essence of our thinking: “I gotta be me, I gotta be free.” Religion, the past, family life all seem to be an imposition from outside (although the State gets a pass as the preferred agent of change). “I believe in me” seems to be the heart of the Creed, motivating not only how we see ourselves but how we understand the rights of others. This ideology is clearly manipulated by political and economic forces, even as the individual stands at its heart. Perhaps we could coin a word to capture this grasp for extreme autonomy.

Even though no one has provided a definite name for this ideology, we need more reflection on this creed and how to describe it (and feel free to post suggestions in the comment box). We need to be clear about what we’re facing so that we can find ways to combat it, particularly within family life and education. This opposition requires belief in something greater than myself, “I believe in God,” which provides a transcendent meaning for human life and should inspire a genuine charity, not simply tolerance, for others. The recognition of who God is–I AM–and my relation to him–my dependence and my nothingness before him–strikes directly at the heart of the new creed. Ironically, it opens the soul to true freedom as I am no longer responsible for forging the meaning of my own existence. Faith pulls us out of the never ending quest to satiate my own desires, a project destined for misery. It provides meaning, even in suffering, and inspiration to live for others: the real source of happiness.

It is fitting to end with the words spoken to St. Catherine of Siena, reported in her biography by St. Raymond of Capua, which can overcome the creed of “I believe in me.” It is only by dying to self that we can enter into God’s perfect and eternal life:

Do you know, daughter, who you are and who I am? If you know these two things you will have beatitude within your grasp.  You are she who is not, and I AM HE WHO IS.

Fathers: Education is the Initiation of Your Children into Culture