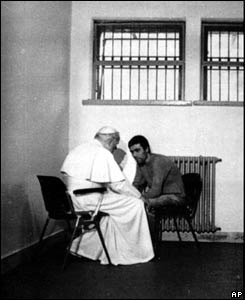 It seems that in the mind of many Christian men today, the ideas of humility and heroism are mutually exclusive. Meekness and humility are praised highly, as indeed they should be, but magnanimity and the virtues of soldiers are more or less swept under the rug. This is a great tragedy of our time. For, as Longfellow puts it in A Psalm of Life,

Lives of great men all remind us
We can make our lives sublime
And, departing, leave behind us
Footprints on the sands of time;

Thus it is imperative that we work tirelessly to build up a culture of Christian men in which humility and heroism are understood to be highly compatible with each other, not mutually exclusive. In short, we must work to build up a culture of humble heroes, of men, that is, who soar to the heights of human strength and greatness, but who nevertheless regard themselves as men of weakness made strong only by the grace of God (2 Cor 12:9-10). But how are we to build up such a culture while in the midst of one that is so antithetical to it? The way to do so is by working tirelessly, with the help of God’s grace, to form ourselves according to the characteristics of heroes. There are five in particular that I think it would be helpful for us to focus on.

There is a well-known statement of St. Thomas Aquinas that “humilitas est veritas” (humility is truth). Bishop Robert Barron explains that this statement means that the humble man is the man who knows the truth about himself in relation to God. He knows who God is and who he is—and that God is the primary cause of all his greatest achievements. This is why we need humble heroes. For a man who is not humble cannot be a hero; by his own efforts he will try to reach the heights of heaven, but he does so in vain because he has not God as his strength. To develop humility, then, let’s start small, as is fitting to that virtue. Pray this simple prayer of the Church every day: “Jesus, meek and humble of heart, make my heart like unto thine.”

If there is one thing that Hollywood films always get right about heroes, it is that they are always in a battle against injustice and the powers of darkness. The true hero, then, is always a lover of Scripture. For he knows that it was Scripture that Christ himself used as His protection against the temptations in the desert by the prince of darkness himself (Mt 4:1-11). To gain strength for the battle, then, let’s commit to another very simple practice: read Scripture for five minutes every day, and meditate and pray over what you read for another five minutes.

Courage to speak the truth

The hero is not the type to mince his words, except as real charity (not mere niceness) demands. This again is because he is in a battle against evil. If the hero speaks harshly, it is because he is utterly opposed to evil and the wreckage that it makes of human lives. The hero, then, is unafraid to answer questions truthfully, even if by doing so he will be received with hostility. He is also unafraid to speak out even when he is not asked to do so, if the situation demands it. In order to develop this kind of courage, let’s take up another small challenge: fast every Tuesday or Friday, according to the discipline that we observe on Good Friday, and offer it up for growth in courage to speak the truth.

The claim that love of one’s enemies is characteristic of heroes might at first seem strange, but it is essential to the hero’s success in his battle against evil. To be sure, the hero may not win over his direct enemies, but he most certainly will catch the attention of those who look on as the battle rages. And if he is to win them over, then strength will be added to his cause. If we want to be heroes, then, we must love our enemies. And what better way is there to do so than to heed the words of Christ Himself? “But I say to you, love your enemies, and pray for those who persecute you” (Mt 5:44). To grow in love of our enemies, let’s pray every day for just one of them.

Prayer is the lifeblood of the true hero. It is what keeps him going when his strength begins to fail him and when discouragement overtakes him. For it is in prayer that our Lord answers “the weary a word that will waken them” (Is 5:4). God hates to see his faithful down-trodden. He wants us to proclaim with all of our hearts, “You, LORD, are a shield around me; my glory, you keep my head high!” (Ps 3:4); and He enables us to do so through speaking to us in prayer. It is clear, then, that there can be no hero who does not pray. So let’s choose just one day a week in which to spend thirty minutes in prayer, whether that be in the Holy Mass or Eucharistic adoration before our Lord, in silence on a walk, or praying the rosary. Prayer is absolutely essential if we wish to become the heroic men we are called to be.

Following the five practical steps above will certainly be helpful for us as we strive to become heroes, but the road to heroic virtue is not easy. It is marked with great suffering. We will only be able to persevere on that road if we recognize the providence of God our Father at every turn. It would be wise, then, for us to take to heart the words of a true hero, William Wilberforce, who played an integral role in bringing an end to the slave trade in Great Britain: “So true it is that a gracious hand leads us in ways that we know not, and blesses us not only without, but even against, our plans and inclinations.”