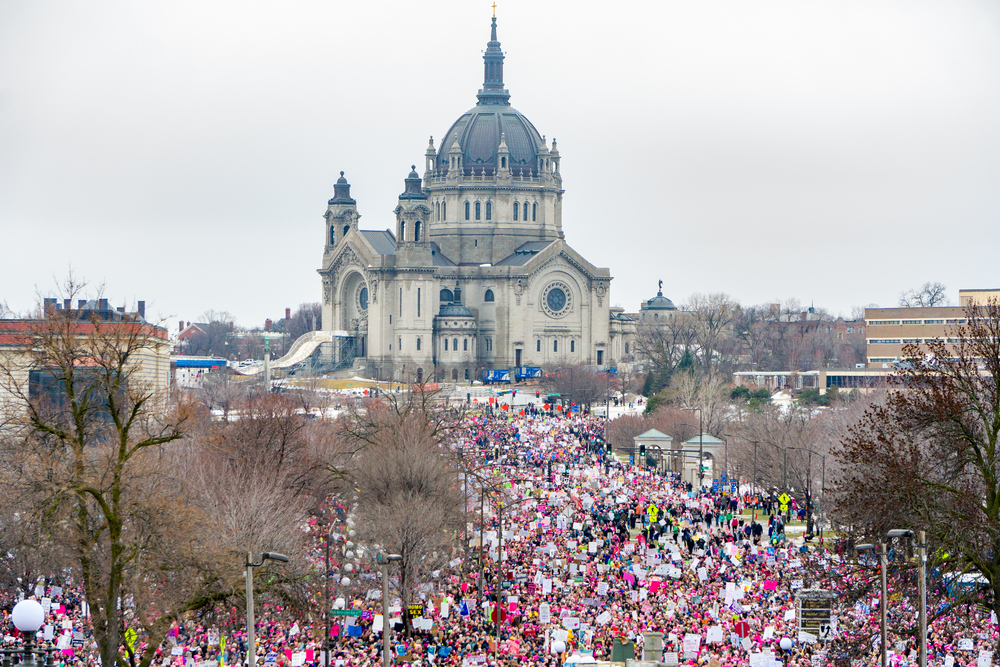 The Gospel of Gender Feminism

“Gender Feminism” is all about raising awareness of the man-centered scheme of western society. According to gender feminist Sandra Harding, we’ve inherited a “system of male-dominance made possible by men’s control of women’s productive and reproductive labor…” So, the task of gender feminism is to offer the “feminist critique” to anything and everything: science, law, history, economics, etc… Hilary’s recent profoundly unprofound statement comes to mind: “The future is female.” [editorial note: The past, the present, and the future are a-sexual.]

Here’s my experience of the feminist critique in action: A few summers ago, I told a group of protestant seminary students that I was going to my grandparents Fourth of July picnic. My excitement was met with looks of dismay. They were quick to point out that the word “picnic” came from when white men would take their lunch to the slave trade and pick slaves. Who would have thought that our family luncheon was such an oppressive expression?! I brushed aside their rebuke; “only people so educated could believe something so stupid,” I thought to myself. But was then told: “James, this is your white male privilege.” [I checked the etymology afterwards, of course, it’s false.]

This experience, and watching mainstream media, left me annoyed for a long time at our culture of “systematic” oppression. But, Christina Hoff Somers recently threw me a line in an article she wrote in Social Philosophy & Policy, reviewed by Fr. Richard John Neuhaus.

According to Somers, we cannot understand gender feminism unless we see it for what it is: not as an academic discipline or science, but a religion. Gender feminism is dogmatic and requires faith. It has a moral code: if you don’t assent, you’re mean and bigoted and all the rest. It is preached in the university. Its bastion is the mainstream media.

What’s historically fascinating is that it was precisely as the religious roots of the university were destroyed, that gender feminism filled the gap. Man needs religion, after all. And not all religions are created equal. What’s statistically delightful  is that less than 1 in 5 millennial women identify themselves as feminist today because they know that gender feminism is not feminism, according to Mary Ann Glendon.

The gender feminist ideology found its way into the experience of the Catholic Church and flirted with her doctrine: “faithful dissent”; women priests; God as mother; etc… Every so often, I still hear this manipulated refrain at Mass: “May the Lord accept the sacrifice at your hands for the praise and glory of GOD’S name, for our good and the good of all GOD’S holy Church.” I suppose some would call this “progress,” but to deny God’s Fatherhood is literally regression.

This is because Jesus Christ came to reveal that God is Father, and we are in relationship with Him. And in that revelation, we become children, sons in the Son of our Heavenly Father.

And here we stand at the either-or: the gospel of gender feminism or that of Jesus Christ. The question is about the credibility of the witness. Who gives you adequate reason for belief? On the one hand stands the gender feminists whose ideals are well documented: abortion legality, contraceptive rights, and explicit man-hatred. They’re oppressed by “structures” and “systems”. They shamelessly wear vagina hats. On the other stands the Son of God, blameless and without guile, whose command is love. He is the Lord of history. On his head humbly rests the crown of thorns.

When God is our Father, we know who we are. When the reality of God’s Fatherhood is denied as it is in gender feminism, we become confused about our very selves. And it is men, but especially women and children, who suffer for it.

Do You Want to be Educated?