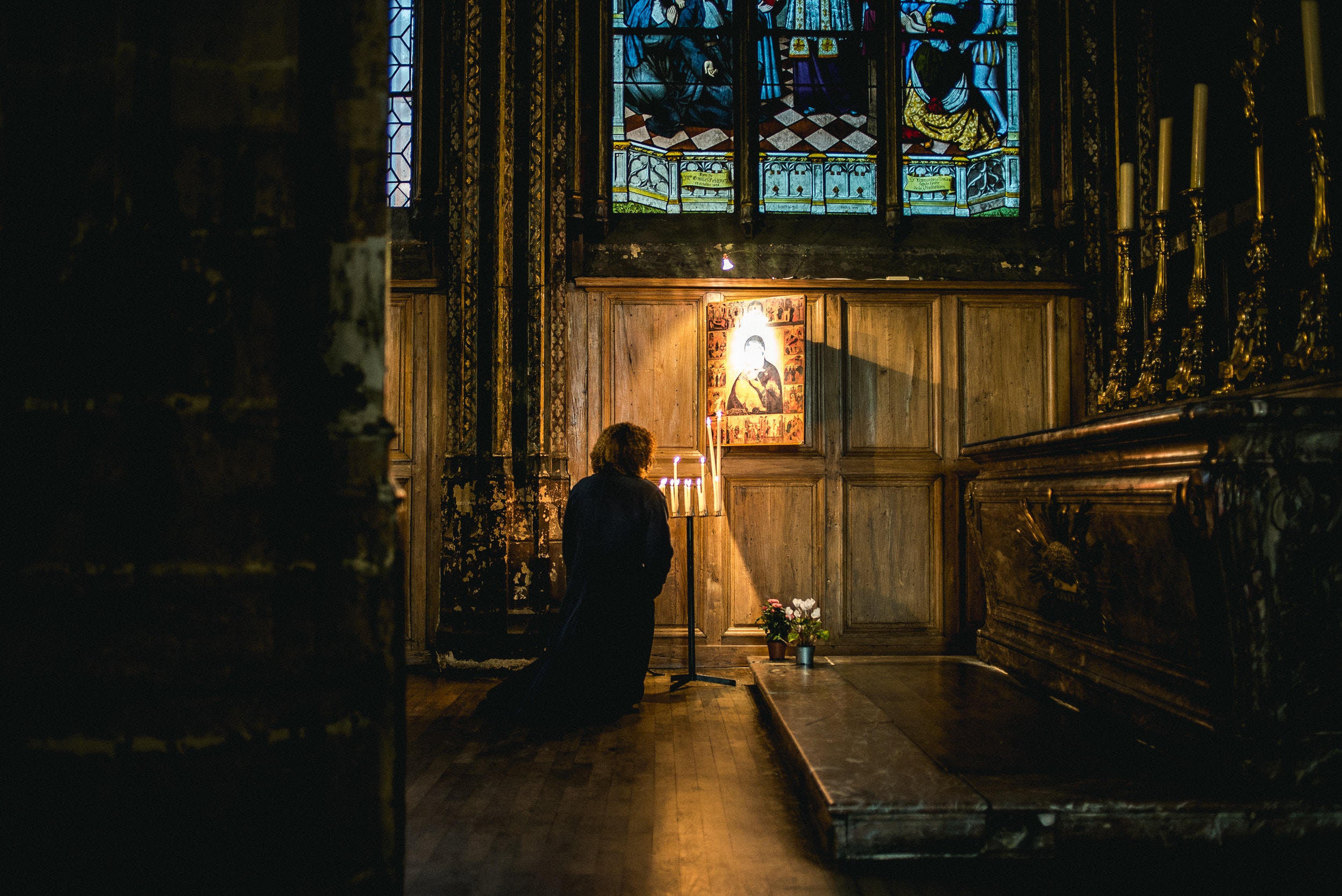 In an unhappy convergence, the Reformation began on the vigil of All Saints or All Hallows Eve 500 years ago today. Not much happened that day, just a public communication of a bunch of theses. The Germans did not dress up or enjoy bobbing for apples. But, maybe a few spooks did get out of the bag.

Martin Luther faced difficult choices as he faced serious corruption in the Church. Not that everything was corrupt though, as he taught at a fine, new university and belonged to a fairly vibrant religious order. The real corruption he decided to face had to do with obscuring God’s grace, which he could not recognize in the Church. He felt this dilemma to his core, but ultimately it was a personal dilemma. He could not resolve his burning scruples, which left him feeling abandoned before the judgment of God. His solution entailed tearing down the entire edifice that stood in the way, resolving his personal insecurities by cutting Christianity down to its core: personal faith in God’s revelation.

Luther could have been a genuine reformer, pointing us to God’s grace as the essential core of all our personal efforts and the practices of the Church. Rather, he has become an anti-type of true reform, by putting personal judgments before the real work of purifying the Church as it has been given to us by God. In this sense, Luther points us to a personal choice we face: how will I respond to the challenges that God has given me to face in my life?

We face some pretty serious challenges in the Church and society today. We have undermined the foundation of society in the family. Media and screens dominate our life. We can’t even figure out the difference between a man and a woman. We’re unsure how to transmit the moral message of the Gospel in an age of relativism and false tolerance. And within this confusion, we are seeing the explicit emergence of evil, claiming tolerance within our web of conflicting ideas and practices. Satanism now asks for public space and respect and there is a sharp rise in paganism and witchcraft.

Halloween has come to embody and even glorify the evil forces more and more at work on the surface of our culture. Who could complain about a fun day to dress up and eat candy? Sounds like a good Catholic feast to me! However, when Detroit unveils a statue to satan, is it in good taste to dress up as the devil? When witches across the country put hexes on our president (whether you like him or not), should I think a girl who dresses up as one is cute? It is not fun to celebrate the forces at work to destroy our souls.

Halloween poses a problem not because it is an opportunity for make-believe, but because it deals with very serious issues we would rather sweep under the rug. We have seen a huge spike in violent spectacles and mass killings and we need to respond to violence in a serious manner. Splashing blood around the house and displaying corpses does not help. Rather, it trivializes the issue we refuse to face. We don’t take death seriously, but rather try to avoid it. We can’t, of course, and so it comes out in morbid ways that simply disturb us, rather than help us to overcome the problem. We don’t pray for the dead, but we do put a sheet over our head.

On Reformation Day (or Revolution Day), we should ask: Can we reform this holiday and bring it back to its roots as a holyday? Can we do what Luther should have done to the Church, purifying it and taking it back to its sources? Isn’t this day about the saints, who are dead and who are real and who can help us to overcome the evil we face? Can’t we still celebrate and have fun, but leave the demons and grotesque corpses out of it? Ok, maybe some of the saints died in grotesque ways (so some blood might be reconcilable).

If we did reclaim this holiday as our day, not the enemy’s, it would provide a great way to evangelize. Give trick-or-treaters holy cards of the saints. Let the neighbors see you dressed up as martyrs. Invite people to wholesome parties where are kids won’t be disturbed or unintentionally exposed to the demonic. Let’s make the day a feast again!

Facing up to the problem of Halloween may not be at the top of our bucket list for personal or societal reform. Nonetheless, it gives us a chance to be real martyrs, that is, witnesses of our faith. In our hostile culture, we have to take a stand (“Here I stand,” as Luther would say) and promote “whatever is true, whatever is honorable, whatever is just, whatever is pure, whatever is lovely, whatever is gracious” (Phil 4:8). We are all called to be reformers, to face up to the challenges that God has given us, one day at time. Let’s start today, literally.

500catholicdisagreementhalloweenLuthermartyrreformationreformeryears
10 / 30 / 2017
Back to all articles