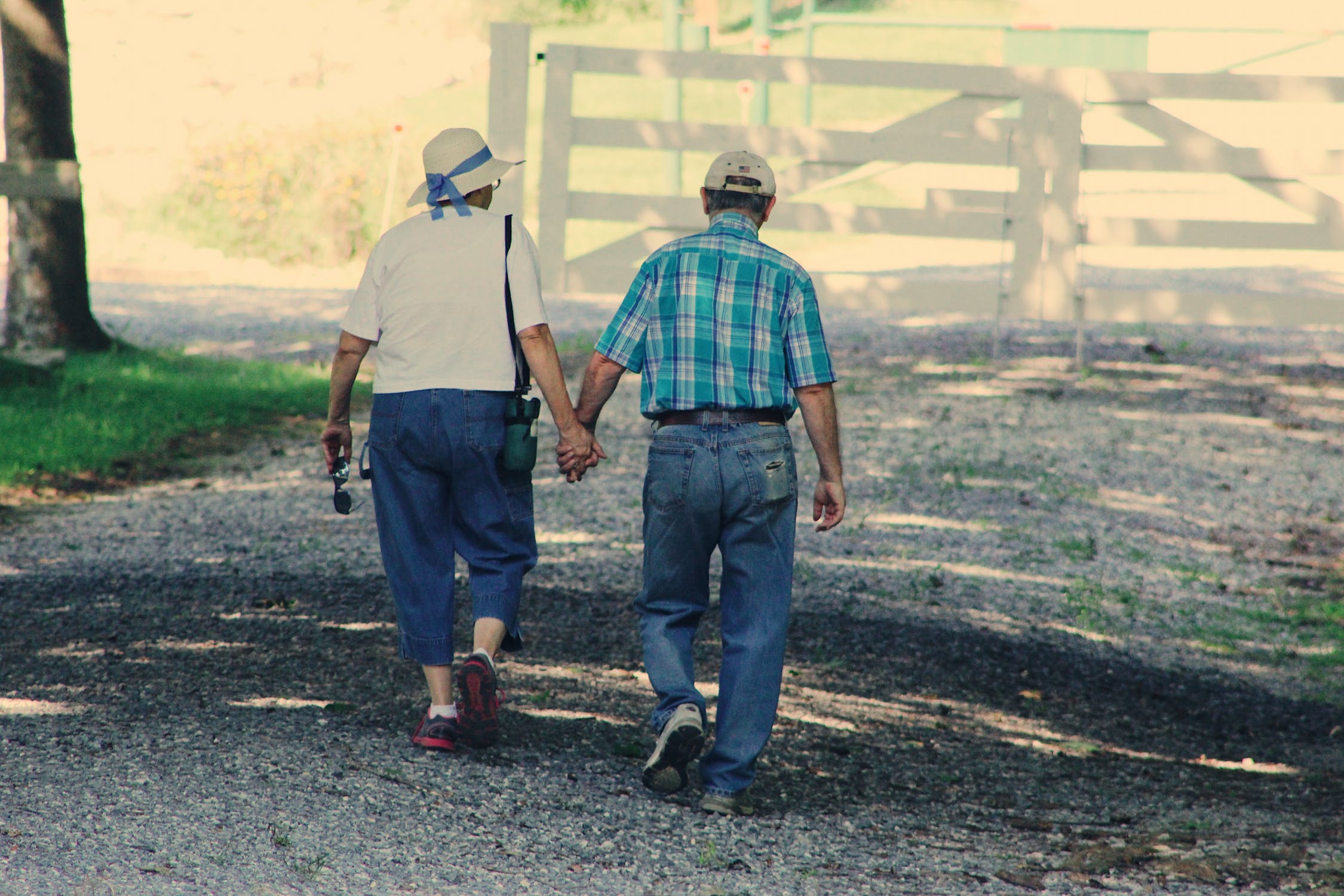 The event happened about fifteen years ago, but remains etched in my memory as if it was last week. There are times when God treats us to something special, if only we pay attention. Fortunately for me, it was one of those times that I was paying attention.

It was so unexpected. And simple. And beautiful.

I had arrived at the West Des Moines restaurant earlier than anticipated. My wife Renee was driving directly from her job as we had planned to meet another couple for our usual weekly get-together. They had expected to arrive around 6:15 p.m., so it was going to be at least a 20-minute wait for me.

Because I had already read the Des Moines Register earlier in the day, I grabbed some type of “Over 50” paper and asked for the waitress for a booth in non-smoking.

Just as I sat down on the far east side facing toward the front doorway, an elderly couple entered. He was slightly bent and needed a walker to negotiate. I guessed him to be 80-years-old. He wore a dark suit jacket with a sports shirt and no tie. He was slightly balding with otherwise distinguished gray hair.

His wife appeared to be a couple of years younger with grayish-blue hair cut fairly short.

“Yes,” she said, “almost too late for the early-bird special.”

“Not a problem. You still have plenty of time.”

He smiled at the waitress but said nothing. It was one of those awkward moments when he and I sat facing each other from neighboring booths. She sat with her back to me. Although there was nothing in the “Over 50” paper that appealed to me, I feigned interest so as not to intrude on them.

“I’ll have the steak special,” he told the waitress. Medium-well-done. And decaf coffee.”

I don’t recall her order, but noticed that they did not say another word until their food arrived. By the time it came, I found myself curiously aware of their presence and felt somewhat of an intruder. Several time he and I made eye contact and I self-consciously looked down at my paper, wishing either that Renee or our friends would soon arrive.

The man was left-handed. And he was a fast eater. He rapidly alternated between the salad, the steak, and the baked potato.

I began to wonder about them. What had he done during his working years? A banker? Did he own a small business? Did they come in here every night?

There was no clue because he said not a word as his left hand sought out another piece of medium-well-done steak.

And without warning, he spoke. It was a question addressed to his partner.

And his left hand effortlessly grabbed another bite of salad. From that moment on, he said not another word.

Our friends and Renee arrived simultaneously shortly thereafter. We began chatting, and I momentarily forgot about the mystery couple. Until I saw them leave. He clinging to his walker and she gently guiding him with her hand on his arm.

I related the story to my supper-mates as we watched them depart. The story of the medium- well-done steak and the early-bird romance.

And I was happy that I had arrived alone and the Lord allowed me to witness it.

lovemarriageromance
05 21 2019
Back to all articles