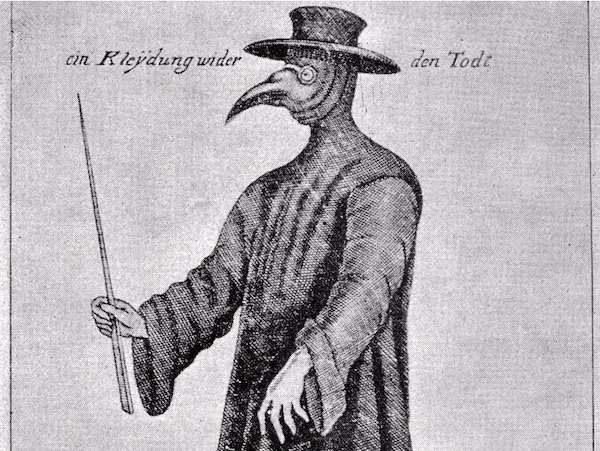 Halloween has its roots in All-Hallow’s Eve and so is rooted in Christianity, at least in name. Despite this, a writer on liturgical traditions, Fr. Francis Weiser, has pointed out that many of the traditions of Halloween are not rooted in Christianity but in heathen practices from druid times. Whether Halloween was inspired by paganism of not, it is innocent enough to take the kids trick-or-treating. The spectacle, however, of the ‘normal’ college party, among the dorms and at the local bars, might indeed suggest a demonic influence or at least an influence that is in no way parental: boys find old cut away outfits from the 70’s and cut away more while girls parade in the emperor’s new clothes merely reinforced with patchwork. If our culture is a culture of death, we’ve seen its fashion show.

Pagan garb clothes pagan practice; the world has returned to child sacrifice in search of a carefree life. Some states are passing laws permitting infanticide in all but name while others are stipulating that abortifacients be freely available on all state-college campuses. Where once the universities were revered institutions of culture dedicated to the awesome task of handing on all that was true to ever increasing swarms of youth, they are now turning against the universal demand of culture to self-perpetuate. They encourage or succumb to demands for abortion rights and a host of other perversions, demands which, if fully indulged, could only end in the final drying up of their supply of students.

Do you look around and find the world rapidly fragmenting before your eyes, with news delivered in short clips, lives defined by tweets and Instagram posts, and no clear, integral picture presented anywhere? These fragments are neither the tools nor tactics of a culture but of an anti-culture; here is an asymmetrical warfare waged in the hope of harassing and mocking us without ever holding a position firmly enough to be caught and exposed by the truth. Although the speed with which the world tweets and rants is dizzyingly fast, we Christians have this anti-culture on the run but haven’t caught our breath to say so.

A healthy, whole society is self-sufficient, and there is nothing self-sufficient in any offspring of Catholic Europe if the faith is separated out and tossed away. While the druids may have presided over a culture of death, such a culture exists today in only one form, the Catholic Church where Christ is Lord and rules death by right of conquest. Although the world is reverting to hellish customs, it is not reconstructing a culture of death, for with Christ’s victory death no longer has dominion.

What does this mean to us? “Aspire to live quietly, to mind your own affairs, and to work with your hands, as we charged you; so that you may command the respect of outsiders and be dependent on nobody,” says Saint Paul to the Thessalonians. Here is a true recipe for culture. Men’s inborn desire for the truth will have many pause and stand aside in disgust as the gif and emoticon masquerade as intelligent expressions of their brothers’ souls. Standing aloof, they will look around searching for an antidote; let us hope that we have paused long enough in the running fight against the anti-culture to present to their eyes a culture which springs from leading a quiet life and minding our affairs.

It is within Catholicism that the great work of human hands is consecrated on the altar and becomes the source of all peace. Around this greatest of works is gathered in dazzling concentration the full array of human arts: the music of Palestrina and Mozart, the paintings of Michelangelo, the architecture of thousands of the greatest builders. No argument has the force of the Blessed Sacrament, no plan the enduring, indomitable structure of Notre Dame, no rhetorical device the suasive order of Mozart’s Mass in C minor. To mind our affairs is not to turn our back on the world but to turn our face to God and offer life to those who seek it, and give it to them abundantly.

The fullness of Catholicism is dependent on nothing outside the life of Christ, takes all its life from Him, and embraces every moment of life, leaving death as a mere doorman to further life. You would not approach a king without thinking through what you would say to those you must pass upon your way: servants who might ask your business or turn you away if you are not decently dressed. In like manner we look to prepare ourselves for death, which stands at the doorway to eternal life, to be fit for what is beyond death. In November, dedicated to remembrance of the dead, we pray for those who have died and ask them to pray for us when we approach death. We can pick up Saint Alphonsus Liguori’s Meditations on Death. Only the Saint can look to death as something at once so terrible and awesome, as only the Catholic monk can boldly turn a funeral wake into a marriage feast, and be so clear-sighted as to see, at the end of mortal life, life’s foundation and superabundant continuation.

The martyrs were united through death to God by the murderous hands of pagans, and so perhaps it is well to bear in mind that God permits evil that good may come of it; the villainous murder of innocents ends in death, but not a death defined by the murderers. Since in death an innocent soul is freed from the hands of those who hate it us and goes to God, if we must name the enemy, let us not speak of the culture of death. Death is our passage to eternity and is embraced by our culture, the enemy can be nothing but a murderous mob, terrified of death and without true guidance or any principle of stability.

Bearing this in mind, we cannot be discouraged: there is nothing but harassment and heckling to fear, and everything to gain if we continue to focus on the sacraments, the works of mercy, and all that our Catholic life entails. Though we cannot yet perceive Catholic culture in its transcendent fullness, ‘when this corruptible shall have put on incorruption, and this mortal shall have put on immortality, then shall be brought to pass the saying that is written, Death is swallowed up in victory, O death, where is thy sting?’

The Three Tiers of Addiction Recovery