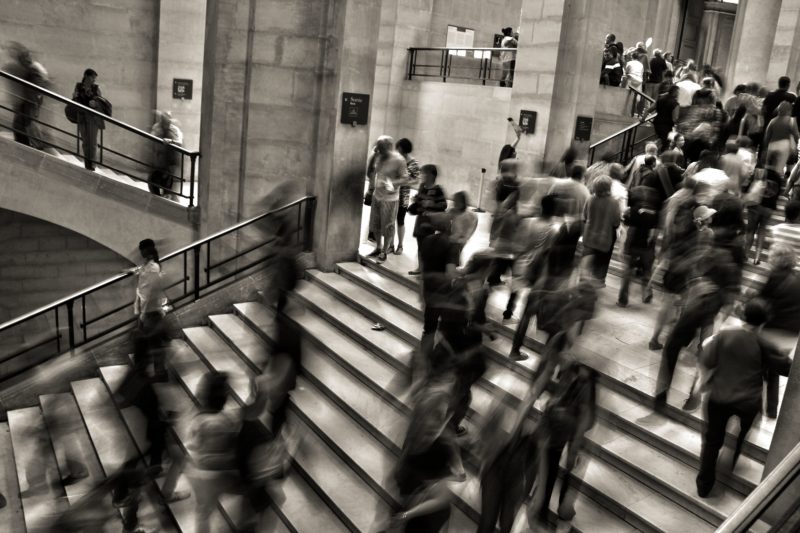 “We do not develop the virtue of prudence through life experience, but through contemplation of that experience.” ~ Alexander Havard

Contemplation is not something for which many business leaders make time.

Business is too-fast paced, moving in an eco-system which demands attention to different details constantly. There really is no time to contemplate the experiences – one just lives through it, adjusts and moves on to the next. But this can keep businessmen from gaining the virtue of prudence.  For that, there must be still responses to frantic activity.  Peter Drucker, a major contributor to contemporary business practices, wrote this: “Follow effective action with quiet reflection. From the quiet reflection will come even more effective action”. Business leaders can find a competitive advantage in having more effective action. As Drucker notes, that only comes through contemplation.

In a daily Mass to a group in Casa Santa Marta in 2015, Pope Francis noted in his homily the importance of people taking 10 minutes to read the Gospels, “keeping our gaze fixed on Jesus”, who is the “contemplating Christ”. Fortune magazine awarded their number one ranking in their annual World’s Greatest Leaders in 2014 to Pope Francis. For a business magazine to garner such an honor to someone outside of politics or business is a tribute more to the achievements of Pope Francis then the deficits of leaders within such industries normally attributed to holding the top position.  Again, contemplation is a developing trait to which business leaders need to adhere.

It was a long-term philosophical approach that Polman wanted to exercise to help his company become sustainable far into the future. Part of that was through the creation of the Unilever Sustainable Living Plan to instill more “positive social impact” among other internal changes. Polman continued, “Thinking in the long term has removed enormous shackles from our organization… better decisions [are] being made… that’s very motivational for our employees.”  The company not only saw increased employee engagement, but greater pride in their employee’s work with a feeling they are making a difference in the lives of others. In addition to bringing in a new set of investors who shared the same beliefs, direction and focus of Unilever, the company has seen an increase in their share prices (from around $39 a share in 2014 to over $50 at the beginning of this year).  This is contemplation in action which enhances shareholder value.

John Watson, retiring CEO of Chevron knew a lot about servant-leadership and contemplation. His message on LinkedIn left no one wondering where he stood on reflecting back on his career. “During my early years in the company, I was fairly analytical in how I approached most situations. And although that served a purpose, I later realized that you can be much more effective if you recognize the importance of people in business. The sooner you learn about reading people, listening to others and building relationships, the sooner you will be more effective. So I would have spent a little more time on the people side, a little more time on the relationship side, early in my career.” While this contemplation enhanced shareholder value, one can only imagine had Watson reflected more early on in his career the results could have been even more fruitful.”

And there it is, the prudence to uphold the human dignity of all those around him.

All of these experiences had a major effort of contemplation applied. These are just a few of the instruments God has delivered to the business world as examples of virtuous leaders. All leaders can use this holistic approach to create more powerful virtuous organizations.

It can all start with prudence.

businesscontemplationprudence
03 11 2018
Back to all articles

Friendship Love in a Relationship