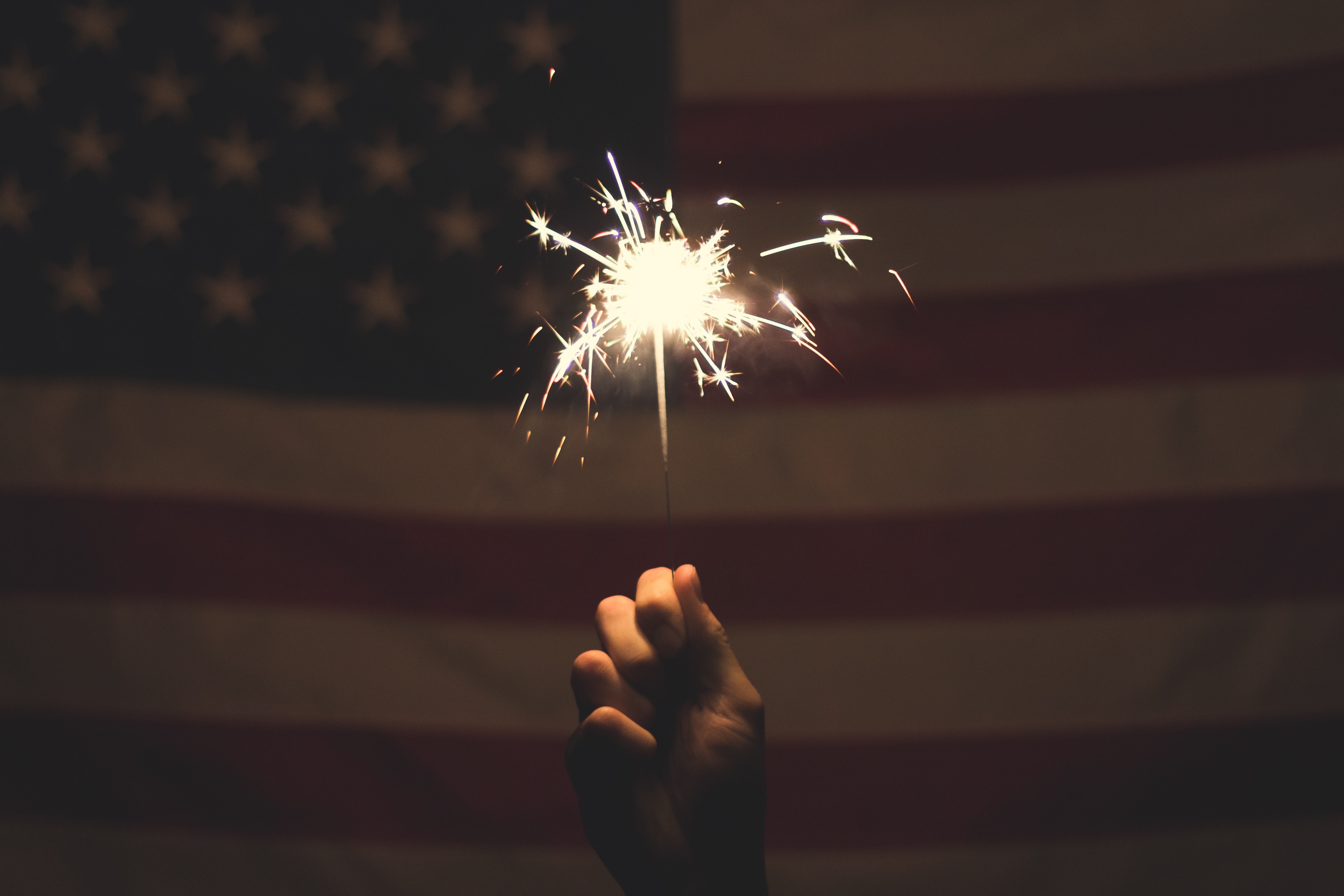 Budweiser, of course, is owned by Anheiser-Busch, which is owned by AB InBev, an international Belgian-Brazilian company that produces Miller, Coors, Corona, Shocktop, Stella-Artois, Fosters — and most of the beers you’d recognize.

The result being that a corporation with neither place nor responsibility to any community is using our place, and the sentiments of community it invokes, to sell their beer.

But before we blame the Belgian-Brazilians for their opportunism, let’s ask the tougher question: What about our sense of nation and community has made it possible for an international organization to milk our feelings of patriotism into buying bad beer and contributing to a placeless global economy? If the Belgians had sold our forefathers a beer called ‘America’, they would have bristled — and not just because of the taste.

Only a reduced sense of community that views ‘America’ as something so generalized, sum-uppable and monochromed could possibly make a connection between a population of 300+ million people and the drinking of one, boring beer.

“By community, I mean the commonwealth and common interests, commonly understood, of people living together in a place and wishing to continue to do so. To put it another way, community is a locally understood interdependence of local people, local culture, local economy, and local nature. (Community, of course, is an idea that can extend itself beyond the local, but it does so only metaphorically. The idea of a national or global community is meaningless apart from the realization of local communities.)”

Berry joins an ancient vision of the city as a community with limits. In his Laws, Plato argued that there should be no more people in the ideal city than “may fraternize with one another at the sacrifices and gain knowledge and intimacy, since nothing is of more benefit to the State than this mutual acquaintance,” and his pupil, Aristotle, argued that “the best limit of the population of a state is the largest number which suffices for the purposes of life, and can be taken in at a single view.” (Aristotle, Politics, Book 7, Part 4)

We cannot take in America at a single view. We cannot fraternize with the people of America. America is not a “interdependence of local people, local culture, local economy and local nature.” America, in a strict sense, is not a community — and that’s okay! America need not be a community. The problem is that our current views of patriotism pretends that America is a community, and this twists us into all sort of absurd positions.

An increasingly homogenized culture allows us to indulge the illusion that America is “one thing.” Through the corporate system, an American is “always home.” He will always have a McDonald’s, Wal-Mart, Lowe’s and a Starbucks. He can eat the same food, drink the same beer, drive the same cars, hear the same popular music (on any one of the stations that Clear Channel owns), buy the same clothes (from Bangladesh), pump the same gas (from the Middle East), shout ‘“murica!” from his window — and so it goes. The national chain spreads a common culture across the land — thus we are justified in our sentiments of communion with some 300-millions souls we have never met.

The problem is that the corporate unity “America” is that it is not even American. It is without place and without people. McDonald’s is no more American than Budweiser — they may feel like home, but they are the products of international organizations that sell just as well in Belgium, China, and Brazil. They are only associated with “America” incidentally — they happen to make money here. To participate in their business growth is not to care about a particular people, a particular land, or the particular air of a particular place.  I take this as something of a law, that any culture which unites 300-million people into common behaviors is really the generalizing, placeless, artificial imposition of an anti-culture onto a diverse people: The ruin international corporations have wreaked on actual local communities is well-documented.

Similarly, a legal unity allows us to indulge the illusion that America is “one thing.” It is a good thing to be equal under law, but our law is fundamentally concerned with the protection of individual rights. To be equally protected from hurting each other by a justice system is a good thing — when it functions — but it does not form a common unity out of a multiplicity. The fact that I can sue you and you can sue me does not make us brothers. The fact that I have a right to free speech and you do too, while it certainly says that we have something in common — our legal citizenship — does not make us into a community. I may use my free speech to curse your name, and you may use yours to damn me to hell.No, a community (a common unity) is organized by the common pursuit of some common good — some goal, the achieving of which is good for all its members as for the community itself. We can speak of communities apart from these common goods, but we are using the term loosely and metaphorically. A murderer and his victim are united — briefly — by their geographical location. The 1% and the 99% are united by certain common circumstances — like a thunderstorm. But a collective, mass, crowd, or group becomes a true community only on the basis of some common good.

America, in this view, is not an end, but a means. I am proud to be an American, not because America is a nation, an international military force, a national economy, or a player in system of global capitalism, but because, in theory, at least, it is a means to strong local communities. It is not a particular place with a particular people, but a legal-military unity that — again, in theory — benefits localities. America ought to be the lowest servant of a highest cause — the cause of healthy communities made up of healthy families who can know, offend, and care about each other.An earnest education system would not ask students to pledge allegiance to the flag, but to their status as creatures, their families, the street on which they play, the network of local farmers, grocers, and businessmen that sustain their life, then their city, then their state, and then, finally, their nation, recognized, not as a peak of their patriotism, but as a shallow. As it stands, our patriotism reverses its proper order, and pledges itself to the nation-state, which is not unified by any common good, but by a legal corporate unities. The reason we can drink ‘America’ beer without feeling like complete dupes is simply we have bought an anti-communal vision of America, a vision which brings incredible amounts of wealth to an incredibly small number of people, who profit from our inability to buy and live locally. In his same essay, Wendell Berry argues that “the way to bring discipline into one’s personal or household or community economy is to limit one’s economic geography.” To this I would only add that the best way to practice a genuine patriotism is to limit the one’s patriotic geography, to pledge allegiance first and foremost to the community given to your care, and only much later, to the legal unity of the nation and the benefits that it brings.