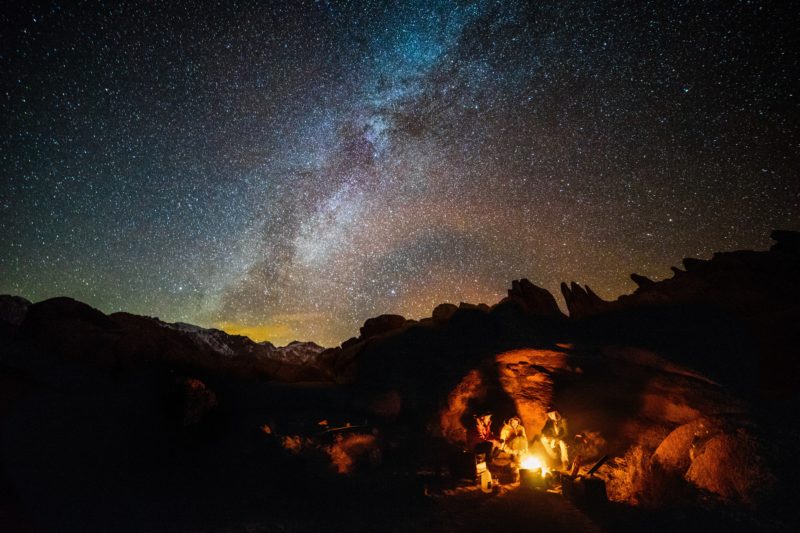 The Boy Scouts can no longer be called Boy Scouts because they now accept girls as well. Girls were allowed to join the Cub Scouts as of October, 2017. Unlike the Boy Scouts, the Cub Scouts did not have to change their name. The inconvenient presence of the word “Boy” posed a different problem this time around.

Aside from current members of the Boy Scouts… I mean, Scouts BSA, some may conclude that this simply is not something to spend time on. It is not like the Boy Scouts were divinely called to an all-male scouting club. Granted, boys need to do boy things with other boys. Hiking, fishing, building fires, cutting firewood, pitching tents, tying knots, etc… are good and wholesome things for everyone to do, and when boys get together with other boys and their dads, they make memories and have experiences which last a lifetime. They talk about things important to boys and men and they learn from older boys who model their lives after virtuous men. The thing is, boys don’t need an organization to get these experiences. Boys can always go camping with their own dad and they can bring friends. Alternatively, dads can get together, and they can go as a larger group with several fathers and their sons. Anyone can do it.

Except for boys who don’t get to spend much time with their dad. Unfortunately, about 20 million American youth are living with only one parent and about 17 million of those children are living with their mother.[1]The numbers are even more depressing if you look at African American homes. Kids from single-parent homes can still visit their father about every-other weekend though. This is assuming the father has pursued visitation rights, or is around at all. We know this isn’t always the case. It hasn’t always been like this though. When the Boy Scouts of America was founded, divorce was much less frequent and single-parent homes were very rare. Prior to 1970, the vast majority of American children lived in the same home as their biological parents. But it isn’t like that anymore.

Isn’t it strange that at a time when boys seem to need male mentors more than ever, our nation’s pre-eminent secular organization for mentoring boys has chosen to welcome girls as well? It is as if the leadership has intentionally schemed to make matters worse. But that is a small price to pay in the name of equality, isn’t it? I am skeptical.

We should care about this decision by the Boy Scouts of America. We should care because it is an enormous abandonment of young boys by one of the few secular organizations who could have mentored them. The abandonment actually started in February, 2017, as the Boy Scouts decided to allow transgender members as well as other very troubling developments in the organization. Unless things change soon, America can basically write the Scouts off as a viable youth program for boys. Local organizations can continue to try and operate without adopting these changes, but they will not survive long without the national organization to shield them from the pressures of the culture.

As Catholics, we should also care, because our Catholic boys will need mentoring within our homes and parishes more and more as the culture continues to crumble around us. Returning to an all-male altar boy program will help significantly. It will help young boys experience the beauty of the Mass, the virtue of being in service to their parish and the camaraderie of being part of an all-male group. We need men to experience service to the Church and to their family, both their biological family and to their parish family.

This may also provide an excellent opportunity for Catholic parishes to change from Boy Scouts to Catholic and Christian alternatives just as many Catholics have turned to American Heritage Girls and The Little Flowers Girls’ Club in lieu of the Girls Scouts of the USA. The Troops of St. George and Fraternus are two such alternatives for Catholic refugees from the Boy Scouts. In saying this, I’m not suggesting that people pull their kids out of the Boy Scouts because they are changing the name or allowing girls to join. In reality, I don’t think I’d be writing this if that were the only troubling development in the Boy Scouts over the last decade. The Boy Scouts of America has become more and more feminized and secularized over the years. That is fine for people who have little or no interest in faith and family, but as Catholics, we must maintain faith and family instead of allegiance to an organization which has changed under our feet.

The decline of the Boy Scout organization is blatantly evident. Because of this, I think it would be prudent to move to Catholic alternatives to the Boy Scouts in order to begin building a strong Christian scouting organization for boys today and tomorrow.

Where am I going to send my sons? I don’t have any. My wife and I are parents of five daughters though, and I want them to meet and marry capable young men who know how to live a life of authentic male virtue, chivalry and faith. The primary educator of young men are their parents. Therefore, the family must be the first school of faith and virtue. After the family, solid youth organizations are essential. It is time to make the switch.

What you need to know is that the Boy Scouts of America have been a deteriorating organization for several years. It is relevant because young American men need male mentoring and training in virtue more than ever because of the decline of the American family. What can you do about it? Get a Catholic scouting or mentoring group set up in your parish and talk to your parish leadership and your bishop about getting altar boys back to work, as well as more men serving as lectors, deacons, acolytes and Eucharistic ministers.

Jesus is My Neighbor, and He’s So Annoying

Making the Case for Fraternal Correction