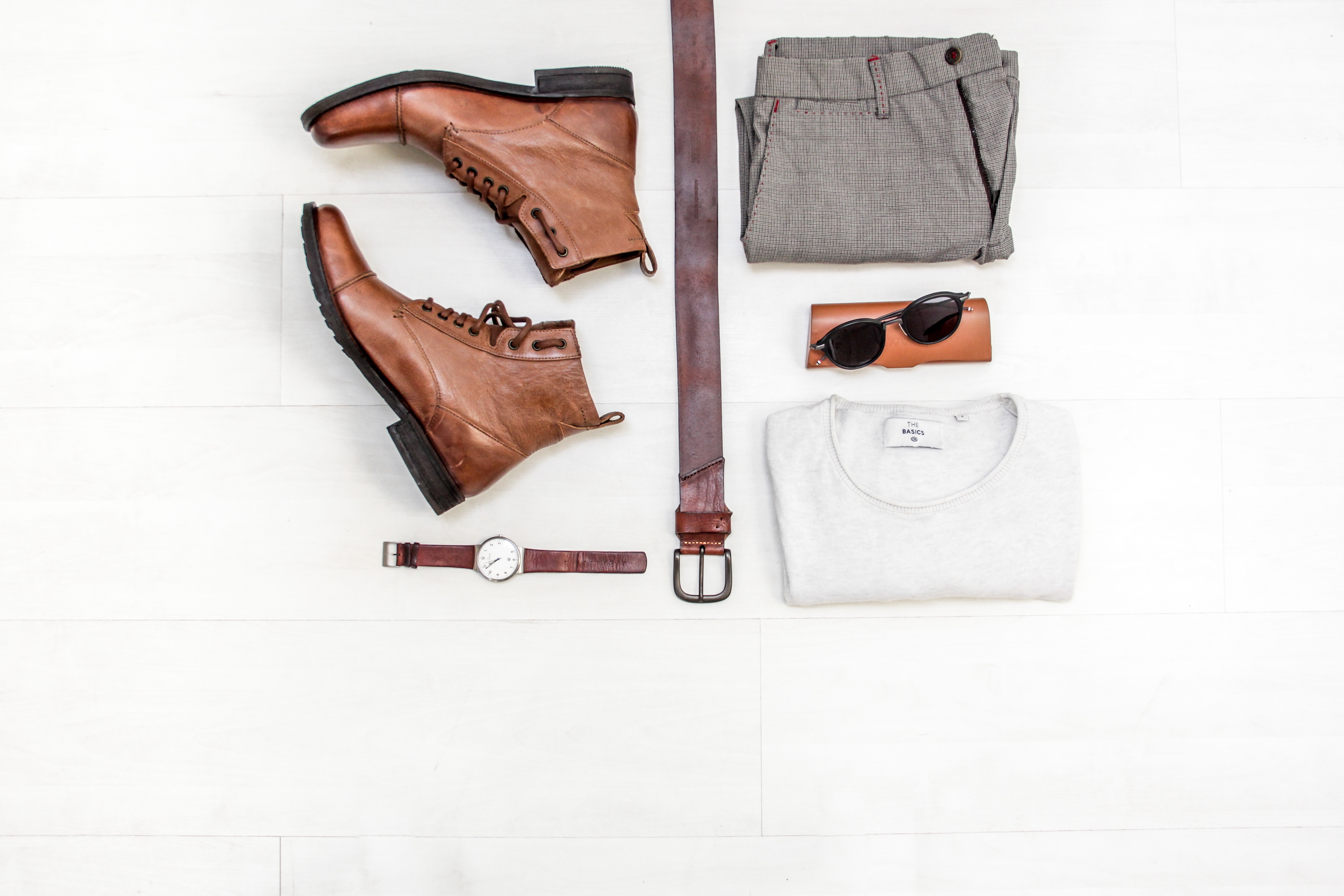 Lately I can’t stop mulling over the words “begotten not made” from the Creed. The eternal Son is born of the Father – God from God, light from light, true God from true God – not made. If modernity is good at anything, its making things. And judging by the infanticide and obsession with sterile forms of “sexuality”, we are not into things being born. We approach all problems with what we need to make to make it better.

Of course, this has come to mean a technological approach to life, and the etymology of those words are techne and logos, Greek words that the Greeks did not put together meaning roughly to “make knowledge”. (For more etymological comparisons, for techne think “technique” and for logos think “logic.”)

We think that we can engineer away any problem, often considering only later the ramifications, but we also actually attempt to make truth. The snowball since Descartes’s “I think therefore I am” has us making truth right in our own cerebral think-tanks, and then forcing it upon the world. Thanks to fashion and media, and especially fashionable media, the millions of individual widgets of truth get sorted into baskets and judged by our rulers. As John Senior described it, truth has become “managed news” and is about as free and organic as China’s “managed free-market.”

True truth in its enjoyment and deployment is begotten, not made. It is born into action only after one receives it correctly. Art, leisure, love, marriage, poetry, festivity, liturgy, and even education are things born as reflections of and on truth, and the coming together of truths. They all fall within a spirit of reception. Not to Our own families, cultures (in the true sense), and communities are born when life is conformed to and brought together in truth, not when truth is conformed to the life we engineer. We don’t “make” humanity. It is begotten in the fecund espousal of man and woman, and the outflow into what we call society. It is not made.

I’m guessing I have to say this, but I am not saying making is bad. I am merely pointing out the intuitive difference between our capacity for making things and knowing things. You make a table, but you know your wife, and from that knowing things are born – people even. And knowing your wife does not come from “making it happen” by meticulously scheduled date nights and implementing a blog about 6 ways to improve your marriage. The point is that there are things that are truly born from the union or communion of things, and we cannot engineer or force their birth. It can only be received and born.

Today’s Deepest Problem is Solved by Begetting, Not Making

Loneliness is a deep and vast problem with men today. Research is continuing to show us that our modern habits are driving us farther and farther apart. Not only do our days fill up almost entirely by work and amusement, but the time in between is spent in “social” media, which, as it turns out, actually tends to make us unhappy and unsocial. Of course innocent sharing and talking occurs, but we also tend to project to the world the best of us in unguarded requests for affirmation, all while looking with jealousy and envy when someone else seems to be ahead of us in life and happiness. If the research is right, it appears many of us look through social media feeling thoughts famously articulated by Gore Vidal – “Whenever a friend succeeds, a little something in me dies.”

I’m now going to make the jump to the subject I promised in the title of this article. What does this have to do with mentoring? Well, in my experience and study it is clear that we completely overthink “reaching youth”. Often what we are trying to do is make them into something. We argue over curriculums and how many hours in a classroom to require for confirmation, thinking that they are computers and if the right data is uploaded they’ll somehow grasp Catholic life and it will explode into zeal and authentic culture. It wont.

Young people are people, not computers, and adolescence is very much a birth. When an animal reaches puberty, the transition from birth to adulthood is basically over, and they can get on with life – eating and mating. For man, adolescence is the birth of an adult. Unlike the beasts, it is the beginning of adult formation, lest they become beasts focused only on eating and mating. In traditional societies and cultures there are clear breaks with childhood and then an initiation and integration into the world of adults. For males this means they are “born” into the world of women as children (literally), but then later are “born” again into the world of men as the learn to leave childish ways behind (culturally).

So, we can see how true it is to say that maturity and true formation is begotten not made. It is cultivated within truth and being – within a culture. Male maturity – manhood – is not a science, but an art. And art is a reflection on beauty, goodness, and truth. Art is begotten not made. This is why I think Brett McKay’s “Art of Manliness” site is so popular – his title “get’s it” before you get to bowties and perfectly cooked campfire eggs. Its popularity is in helping men to cultivate a culture, an ecosystem if you will, that allows the truth and nature of manliness to flourish. Manliness is an art, and like art it is begotten and not made.

In the case of our young men, they will only reach maturity if there is a cultural maturity to reach. If we as men do not have a culture, an ecosystem of brotherhood that he can be born in to, then the problem is not that we can’t reach him, but he can’t reach us. We can talk about the techniques of mentoring all day, and it would be worth it, but what community are we mentoring them into? This is why the fullest of mentoring happens when there is a community of men with a recognizable and attractive culture in which young adolescence can be born into.

I admit that I work for this organization, but I do want to say that this is why I think Fraternus is so different from most apostolates for boys. Fraternus does not begin with the techniques of mentoring, though that is important, but actually begins with the men. “You have to have a brotherhood amongst yourselves,” we say right up front. “If you don’t, what exactly are you giving the boys besides lessons they can get anywhere?” And after it is established, it is not “managed truth,” but a real and living one, capable of growth and maturity as its own.

True mentoring is not lessons and learning objectives, like a common core guide, but an organic encounter with men that changes a boy into a man through real friendship and brotherhood. The medium is the message, and in the formation of the young men the message is the men. Therefore, (and forgive me again if this is too simplistic), our biggest hurdle is to create the atmosphere where mentoring happens.

In the must-read classic, The Soul of the Apostolate, Dom Jean-Baptiste Chautard describes how it was not the studies and rigor of seminary life, as good and necessary as it is, that created the desire for holiness and pastoral excellence, but “catching” an unaware priest praying well:

Once when studying in a university… I chanced to observe a priest reciting his Breviary, he being unaware that he was the object of my attention. His bearing, full of respect and religion, was a revelation to me, and produced in me an urgent need to pray from then on… The Church appeared to me, concretized, so to speak, in this worthy minister, in communion with his God. (The Soul of the Apostolate, Footnote, 90).

Boys need an encounter with Catholic men to understand and believe in Catholic manliness. Mentoring then starts with us.

If you want to learn more, please join me for a live webinar on February 16th at 12 noon eastern time. I will present how Fraternus strives to create an atmosphere – an ecosystem – where mentoring and maturity happens. This webinar is a co-operative effort with TCM to try to help ignite a mentoring movement, and is not an approval or commitment for starting a Fraternus Chapter. You will, however, get all of the “secrets” of Fraternus, and will have the foundation principles needed if you do want to start a Chapter.

Sign up here to receive the link for the webinar. Attendees will also receive a free ebook on mentoring. See you there!

beautybrotherhoodfatherhoodmentoring
01 / 25 / 2017
Back to all articles