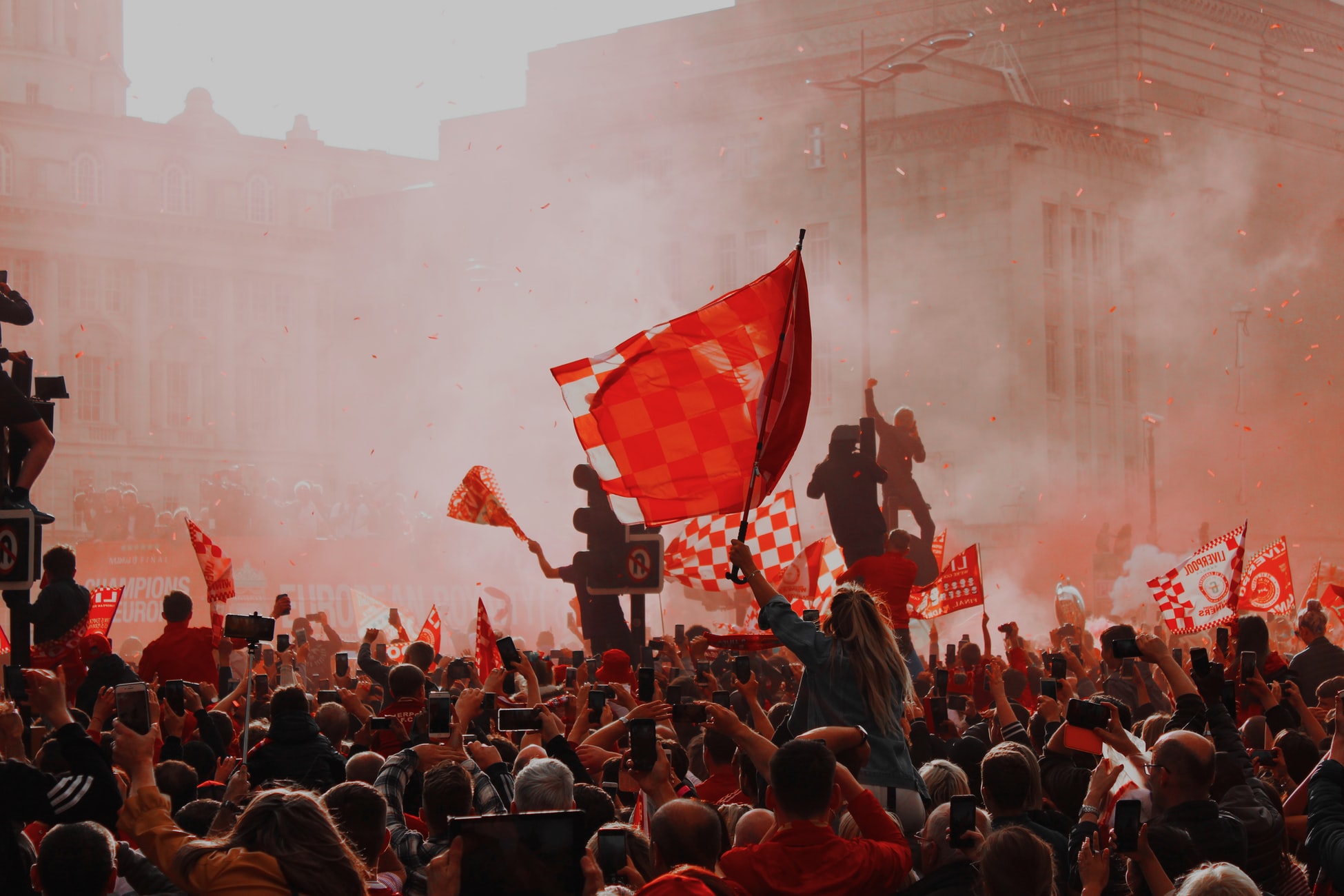 How fantastic an accomplishment is that for me? I mean it was touch and go yelling at the tv at the Knights of Columbus hall by myself while 22 millionaires kicked a bag of air around a field for 96 minutes. My support obviously made the difference this year compared to last year for the same title when I yelled and hoped and prayed and they lost. I mean Karius was concussed and all and Salah was professionally fouled. There’s always next year. Isn’t it truth for us “fans?” We stay true so the men we have faith in make us happy?

I have literally (Literally!) followed Liverpool Football Club and their players since I was 5 years old. I turned 40 at the end of June. 35 years following what is actually just a business, devoutly. Actually devoutly.

I still remember they day I was 5 wearing a full strip (uniform) with Crown Paints posted across the front with the liverbird logo thinking I was Kenny Dalglish as I raced across the field in front of my house in our neighborhood sports day carrying a potato on a spoon. I won, albeit from the help of my second hand. The referee was looking the wrong way and didn’t have video support.

96 fans lost their lives supporting this club in 1989 in the FA cup match in Sheffield. They were crushed to death. I remember my dad telling me as I came home that day from playing with my friends in the woods by my house. I mourned them. I still do. Some of the dead were lads in their teens. One of them was younger than a teenager and a cousin of a cult hero, Steven Gerard. He went on and lifted the Champions League trophy in 2005. “One of us”

In the World Cup in 1990 and 1994, Ireland did really well, featuring a few Liverpool players with English accents. I was part of their success. Obviously! I wore the jersey. I yelled their names! They were Irish in that moment. Their passports and technical rules said they were.

Until this season, the 2005 victory in Istanbul was one of the greatest European sports comebacks. Until this season. “We” beat Barcelona 4-0 in the second leg this year probably equaling that comeback. I watched that game with 3 of my children in a Mexican restaurant. 3 Barcelona fans also watching weren’t happy to a violent degree. I honestly think my guardian angel intervened that day. They weren’t happy and the result made them physically aggressive to a man with 3 kids. All I did was cheer my team while standing 10 feet from three kids under ten.

Another Liverpool memory was from 1990. I remember when my parents granted the request to spend the money on the Jersey with “Candy” on the front. An iconic strip. I wore it with pride during PE class and was a decent defender in Gaelic football for club and school. They won titles. I didn’t. I remembered the names of the players wearing that jersey: Dalglish. Rush. Houghton. Whelan. Barnes. McMahon (my mom’s maiden name). The list went on. It still goes on. Heroes. Men who are athletically strong.

Fan comes from the word FANatic. I was a fan. Was. What are you fanatical about? Sports or your salvation? Do you put anywhere near the same effort and energy into your spiritual life. What do sports actually bring you?

There’s an Englishman in New Zealand dying from cancer today at the time of writing this article in June. He was given two weeks to live. That was 3 weeks ago. He hung on for Liverpool FC. They won today. What’s next to live for? What’s next to come to salvation for? The coach did an amazing job in telling Dave Evans that they are united. He made a video on YouTube. They’re part of something special. That’s for sure. He was classy and comforting. He tied many fans in their grief for that man. Klopp is a fantastic coach. Coaches are men. We are men. We all have limits. Guess who doesn’t?

I have been long winded about events from sports that I’d say many of you have no knowledge about. There are probably other sports memories that you have that replace mine though. Where are they in your priorities?

Today, the day Liverpool won the Champions’ League, people actually congratulated me on social media and text like I had something to do with it. Sure we all laugh at ourselves for getting into sports, but men, why do we worship other men? What on earth did I do to deserve congratulations? I bought merchandise. I bragged on social media. I picked a group of people a long tome ago and every time they work hard to win a title bestowed by other men, I get to celebrate and brag against other men. I get to be superior to other men for a brief amount of time.

Last year, I decked my kids out in merchandise with the millionaire’s names. They lost. My kids still know those men’s names. I taught them songs about the men on the team. They have heard about Mo Salah running down the wing. They know “you’ll never walk alone”. King Kenny he did fly. They know that better than King David and King Jesus.

This year, during my second experience with Exodus 90, Liverpool were flying high. 10 points ahead of Manchester City and looking good in the Champions League. I told my Exodus 90 group that I want them to win so I can let go of the worship of men. Sadly, even then, I needed them to win so I could be released from their spell. There’s only room for worship of the one holy trinity and it’s not men, team and ball game. My kids are going to grow up. So are yours. They need to see you worshipping the right Trinity. Only one actually cares for and died for you. As we enter the season of fall sports I ask you: which one is right for you?

Play sports because you need exercise
Watch sports because you enjoy them.
Follow Jesus and no one other. They’ll all fall away from the spotlight. He never will. Don’t show your children that someone else stands in front of our Lord. They are watching you. They’ll remember who you follow. Who do you follow?

allegiancesoccersportsworship
08 27 2019
Back to all articles

This Christmas, Forgive Past Hurts