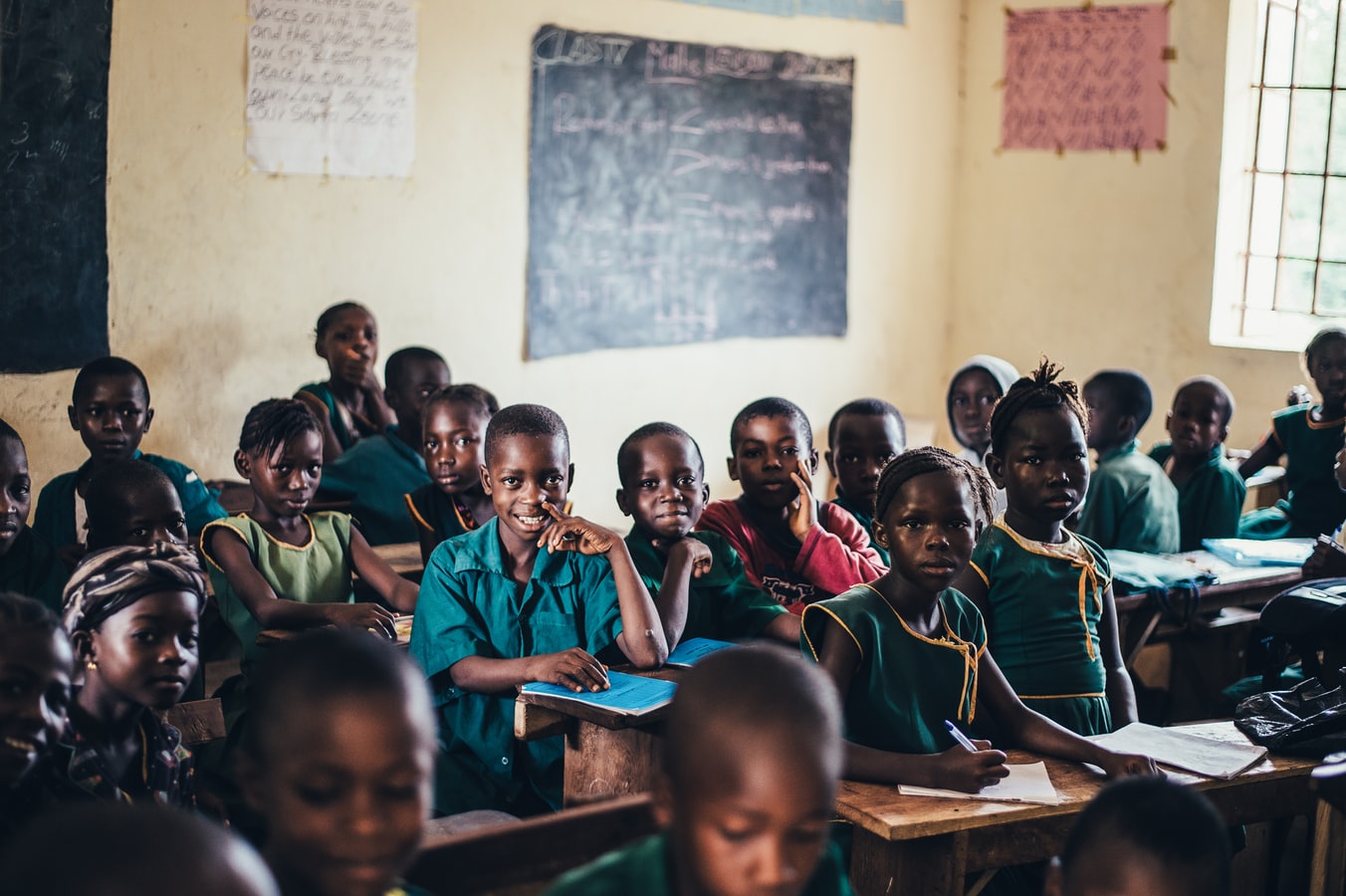 Every time David Sesay tells his story, he does so with details conveyed through sorrowful and cracking tones, as though it all happened yesterday when, in fact, it has been over 25 years.

“At the time, I was just five when our town Kamakwie (in northern Sierra Leone), was invaded,” he said, recalling how he was forced to join the Revolutionary United Front (RUF), a rebel group that, for political reasons, began and sustained an 11-year civil war (1991-2002) with Sierra Leone’s government troops. “Fifty-two houses were burnt and I was captured by one of the rebel commanders.”

Human Rights Watch reports that some of the biggest acts of human rights violations were committed by the RUF during this war, including camping under-aged girls as sex slaves in bushes, burning people alive with their homes and chopping off the arms and lower limbs of hundreds of unarmed civilians.

Particularly, thousands of children like Sesay were seized and after being indoctrinated and trained to kill with guns, knives and locally-made explosives, they were used as child soldiers. Sesay fought the war for five years without an option. All the while, he lived every warring day agonizing that he could be killed at any time either by the rebels themselves or by government troops. By 1999, nearly half of the rebel combatants were children deprived of normal childhood experience.

A respite however came about the same time after the government and rebels struck a peace accord. Local and foreign human rights groups quickly cashed in, pressurizing the rebels’ leadership to release child soldiers so they could undergo rehabilitation and continue their education which was already stymied. The rebels obliged and that was how Sesay found himself at an Interim Care Center ICC) in Makeni, a city of 120,000 people in northern Sierra Leone that was controlled by rebels.

The ICC was set up by Caritas, a Roman Catholic charity, to rehabilitate former child soldiers.

It had close to half a thousand former child fighter and sex slaves. Edmund Kaszibuloh Koroma, a staunch Catholic, managed the center.

The peace pact, meanwhile lasted for just 10 months because in 2000, rebels accused UN peace keepers of secretly luring rebel fighters to embrace disarmament without permission from their leadership. The RUF then resumed fighting and consequently needed their child soldiers back. They stormed the ICC and made away with 40 children, threatening to return and take all the children.

Koroma had known the rebels too well to understand that they were going to make good on their threats. His dilemma was that they threatened to kill him if he attempted to move the children away from their reach, all the while the mental anguish the children expressed was difficult to ignore.

He would save the children at the risk of his own life and family, he finally decided. So he began sending some of the former fighters and sex slaves to government-secured Freetown (the country’s capital) via trucks that headed that way.

When he could no longer find trucks to convey the remaining 87 children as the war got tougher, he took to the bush with them. For five days, they spied and hid themselves, journeying on foot when it was convenient until they reached Freetown.

When I interviewed Koroma recently, the 65-year-old said what inspired him to take the risk was more spiritual than physical.

From his early teenage years, his commitment to Catholicism has remained unflinching. He says he has had several spiritual experiences that guide his everyday decisions.

For example, he recalls that one night, over 35 years ago, he had a dreamed in which a sudden bright light exuded from a portrait he hung on the wall of his room. It was the portrait of the first bishop of the Catholic Diocese of Makeni, Augustus Azzolini – an Italian.

The flash piqued his curiosity and as he drew closer, it shimmered a second time, even more brightly. By the third sparkle, “I saw Jesus walking down and He said to me, ‘I bless you!’”

Koroma said he stood bewildered as the Savior added, “You must be faithful!” The dream’s message itself reminded Koroma of Jesus’ instruction to Christians in Revelation 2:10 “…Be thou faithful unto death, and I will give you a crown of life.”

When Koroma awoke, he interpreted it to mean a call for humanitarian service and a warning to stay strong in his Christian faith. Since then, he has committed himself to protect children, a reason he took the risk to save the former child soldiers and sex slaves.

Sesay says Koroma’s actions at the ICC was the only hope he and other children had.

“Looking at the past and the support he was giving us when we were at the ICC, we didn’t see him as a worker; we saw him as a father.” “I don’t know the word I can use to describe him,” adds John Timoconteh, another former child soldier.

War begins after war ends, it is said.

This was the case in Sierra Leone after the (first) civil war ended in 2002, marking the beginning of a second “unarmed” war that manifested as the effects of the first war: economic and humanitarian crises.

The war destroyed at least 1,270 primary and secondary schools, this led to available public and private schools becoming overcrowded and expensive for children from poor homes whose parents could not afford high tuition fees in a country where over 60 percent of its 7.9 million population currently live below the national poverty line ($1.25 per day) and way down World Bank’s $1.9 benchmark.

In 2005, Koroma felt as long as the humanitarian crisis continued, he held a personal obligation to help poor and vulnerable children access free education. He then started a school now called Alagendra Secondary School in Makeni. About 1000 poor children have already benefitted from it and it has 280 current students.

His teachers work mostly voluntary, including Sesay, who, after the war, went on to attain a degree in peace and conflict resolution.

They are however paid monthly stipends, which are majorly covered through donations from Alagendra Foundation, a non-profit whose founder – Shyamala Alagendra – Koroma named the school after. He also explores other revenue options to meet extra costs, including plunging half of the proceeds he gets from his small ginger farm and palm plantation into running the school.

In 2015, Koroma, who is a professional teacher and psychosocial counselor emerged one of 10 top finalists for the Aurora Peace Prize, an award given by the Republic of Armenia-based Aurora Humanitarian Initiative to global characters whose efforts are lifting the lives of vulnerable people.

He feels his dream-inspired humanitarian activities require him to constantly stay sustained through some spiritual means. So apart from going to church three times a week for worship and meditation, he wakes up at 4:30 every morning to pray, after which he spends one hour to read at least one chapter from the bible.

Catholics should stay committed and be of service to humanity because “I believe we are here [on earth] but temporarily,” he urges.

[NOTE: This article was produced with the support of the USC Center for Religion and Civic Culture, the John Templeton Foundation and Templeton Religion Trust. Opinions expressed do not necessarily reflect the views of these organizations.]

About the author: Innocent Eteng is a freelance journalist from Nigeria. He has been published by several outlets, including The Christian Science Monitor, TRT World, Women’s Media Center and Mail and Guardian. He is also a journalist fellow for the #SpiritualExemplars Project of the USC Center for Religion and Civil Culture.