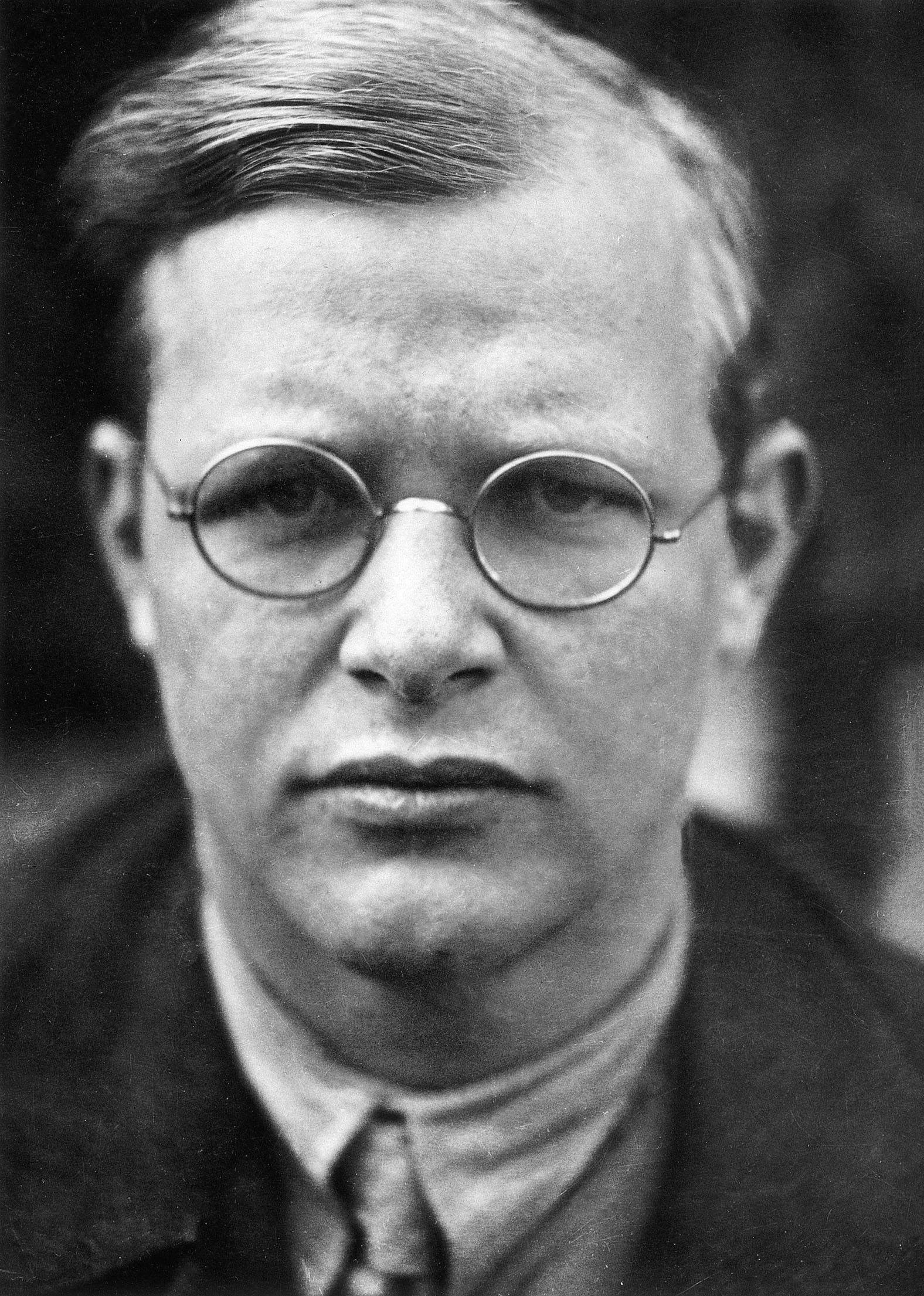 Dietrich Bonhoeffer (1906-1945) was a man whose life and virtues every Christian man should know and emulate. Even a cursory reading of his biography Bonhoeffer: Pastor, Martyr, Prophet, Spy gives one the sense that he achieved that fully human life that all men desire, but so few obtain.  Bonhoeffer was a genius theologian, an excellent musician, a solid athlete and simply a man who enjoyed the good things of life. Especially worthy of note is the tight-knit bond and faithful devotion that Bonhoeffer had to his extraordinary family.  Most important of all, however, was Bonhoeffer’s unshakeable faith in God and courage to stand up against injustice.  This faith and courage led to Bonhoeffer’s death at the hands of the Nazis for his love and defense of the Jews which led ultimately to his involvement in a plot to assassinate Hitler.

Perhaps the most valuable lesson that the life of Dietrich Bonhoeffer can offer to the Christian men of our time is a lesson in obedience—a virtue highly unpopular and largely absent from our culture.  The seriousness with which Bonhoeffer viewed obedience to God was evident not only in his life, but also in his theology, which is worthy of note.  Bonhoeffer is well known for his concepts of cheap grace and costly grace.  Cheap grace is “marked by formalism”; it means “going to church and hearing that God just loves and forgives everyone, so it doesn’t really matter much how you live” (Keller, Foreward to Bonhoeffer, xv).  Costly grace, on the other hand, involves “costly sacrifice” and maintains that “if God was willing to go to the cross and endure such pain and absorb such a cost in order to save us, then we must live sacrificially as we serve others” (Keller, Foreward to Bonhoeffer, xvi).  Thus, in Bonhoeffer’s eyes, anything less than this firm obedience to God “smacked of ‘cheap grace’” (Metaxas, Bonhoeffer, 240).

For Bonhoeffer, living out the call of the Gospel to costly grace meant putting his very life at stake.  Anyone who has read of his life knows that he was constantly doing just that. Whether it meant returning to Germany from America where he could have safely stayed and furthered his theological studies, having covert conversations with his family about their disdain for the Nazis and plans for overturning their rule, or being actively involved in a plot to assassinate Hitler, Bonhoeffer was certainly no stranger to placing his very life in a position of severe vulnerability. As already noted, this led ultimately to his death by execution, which he accepted gracefully. He accepted it so gracefully, in fact, that a doctor who was looking on at the time of his death said that he had “hardly ever seen a man die so entirely submissive to the will of God” (Metaxas, Bonhoeffer, 532) in his almost fifty years as a doctor.

That Bonhoeffer suffered the fate of death at the hands of the Nazis is no surprise.  For he lived under the sort of tyrant who, in the words of Alexis de Tocqueville, exemplified the horrific motto “You shall think as I do or you shall die” (Tocqueville, Democracy in America, 244). We, however, live under a tyranny of another sort (at least for the time being).  The Tyranny under which we live aligns more closely with the motto “You are free not to think as I do; your life, your goods, everything remains to you; but from this day on, you are a stranger among us” (Tocqueville, Democracy in America, 244).  Our call to live out the Gospel of costly grace, however, is no less urgent—and perhaps even more so.  What, then, ought we to do?

Our living out of the Gospel of costly grace requires first the renewal of our minds (Rom 12:2).  For we live in a culture to which the comfort of the Psalms appeals much more than the conviction of the Gospels.  We want the “glorious freedom” (Rom 8:21) proper to the sons of God without having to endure the suffering which that necessarily entails.  In short, we live in a culture of cheap grace that has divorced sonship from obedience.  It is high time, then, that we discover what it really means to be sons of God.

In the twelfth chapter of the Gospel of Matthew, Christ says that whoever does the will of His heavenly Father is His brother (Mt 12:50).  Now a brother of a son is necessarily the son of his brother’s Father.  We, then, are sons of God in the truest sense—which implies a mutual relationship involving obedience on our part—only if we do the will of Christ’s Father.  If we do not do His will, we are as prodigal sons who have squandered our Father’s inheritance on a life of dissipation (Lk 15:13). “If God were your Father, you would love me…[y]ou belong to your father the devil’ (Jn 8: 42, 44).  These words of Christ apply not only to the Jews to whom He spoke them, but also to us, if we refuse to carry out His will.  Make no mistake, though. It is not God who casts us off.  It is we who reject Him as Father, and hence revoke our claim to that most glorious form of sonship which is truly our very life.  He, however, is always waiting as the merciful Father to us prodigal sons, for the day when we rise and go to our Father’s house (Lk 15:18).  Yet it nevertheless stands that the essence of sonship is a love which gives rise to obedience.  We will never enjoy the “glorious freedom of the children of God” (Rom 8:21) if we do not obey His Word.  It is high time, then, that we follow in the footsteps of Dietrich Bonhoeffer and get on with the hard work of the Gospel of costly grace.

Why We Really Go to Mass